AN ENORMOUS statue of the Olympic rings welcomes us on our arrival at Jahorina ski resort. The area hosted the women’s skiing events when the Winter Games came to Sarajevo in 1984. It was the first time the games had ever been held in a communist country — then Yugoslavia, now Bosnia and Herzegovina — and locals still remember it as a golden era. ‘Skiing is something that brings people together here,’ our guide Skender Hatibovic, Bosnian born and bred, tells us. ‘The sport is not divided. That’s something that we really need here.’

At the summit of Jahorina, within eyesight of the chairlift exit, stands a former Serbian radar station that tells a darker history. The structure was one of the 33 Bosnian Serb targets to be bombed in Operation Deliberate Force in 1995 — the Nato intervention that brought the ethnically rooted atrocities of the Bosnian War to an end. Sarajevo was shelled 329 times per day on average during the Bosnian War and you risked your life if you went to get water for your family, Skender says. He was seven when it started and he hid in his grandma’s basement for the bulk of the conflict.

We’re about 12 miles from our comfy hotel in the city centre, sliding down some early season snow in Jahorina. The ski resort had to be rebuilt after the fighting stopped but you’d never know a war happened from the facilities or conditions — unless you were silly enough to go land-mine hunting off-piste, perhaps (it’s completely safe to ski on-piste). The facilities are state of the art, the hotels luxurious and the après-ski booming. There are 28 miles of pistes, rising to 3,884ft and views across the Dinaric Alps.

Our hotel is near to where Gavrilo Princip shot Archduke Franz Ferdinand to trigger World War I. Few other places boast such depths of history on, or even near, a ski mountain, ski culture being normally limited to dodgy oompah bands. Not so in Sarajevo. There’s a city drenched in history and culture at our disposal off the pistes. Which makes it all the stranger that Bryan Ferry is the talk of the ski resort today, the singer having a sold-out gig in town. Ferry’s visit is just the latest indication of the changes being made at Jahorina under new management. Last year, the resort hosted a winter edition of Serbia’s renowned Exit Festival and the youth Olympics, while the facilities have surpassed those at arguably more picturesque Bjelašnica on the other side of Sarajevo, which hosted the men’s downhill skiing in the 1984 Olympics.

Airport arrivals from the UK were just 10,000 last year. That might not sound minuscule, until you compare it to the one million arrivals in neighbouring Croatia during the same period. New connections, including the recent launch of FlyBosnia’s direct route from Luton, may well change that but for now at least, you can ski on Jahorina and Bjelašnica, both still Olympic-standard resorts, a short distance from a remarkable European capital city, and have the slopes to yourself. It’s only a quid for a beer too.

The biggest benefit of skiing in Sarajevo, though, is Sarajevo itself. The old town oozes Turkish influence from the Ottoman Empire, its narrow streets lined with colourful trinkets and the wafting scent of bureks — meat, cheese or spinach pastries that go for 50p. The Miljacka river runs beneath beautiful bridges lined with Austro-Hungarian architecture and the Dinaric Alps provide the backdrop, not least when you’re viewing it from 3,806ft on mighty Mount Trebević. Reachable by a 15-minute cable car ride from the city centre, it’s also the gateway to Sarajevo’s legendary abandoned Olympic bobsleigh track.

Sarajevo’s a city that has secrets, stories and scenery waiting on every corner. And it’s a place that still feels undiscovered.

■ Ski Sarajevo has a seven-night Gold package from £489pp in a two-bed apartment, based on four sharing, incl breakfasts, passes and transfers. ski-sarajevo.com. Luton to Sarajevo from £166pp rtn, flybosnia.ba 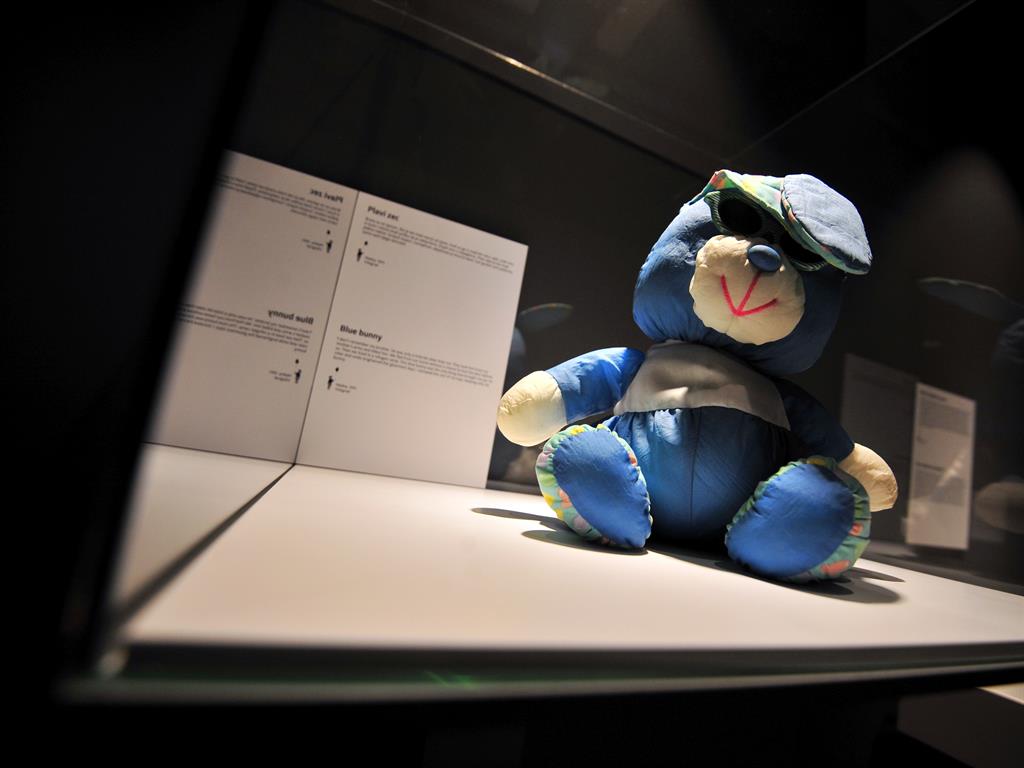 The War Childhood Museum showcases the items of hundreds of Sarajevans who were kids during the Bosnian War, with each item accompanied by the story of the item, and the person behind it. It’s a harrowing exhibition that won the European Museum of the Year award in 2018. warchildhood.org/museum

Hang out in Kino Bosna 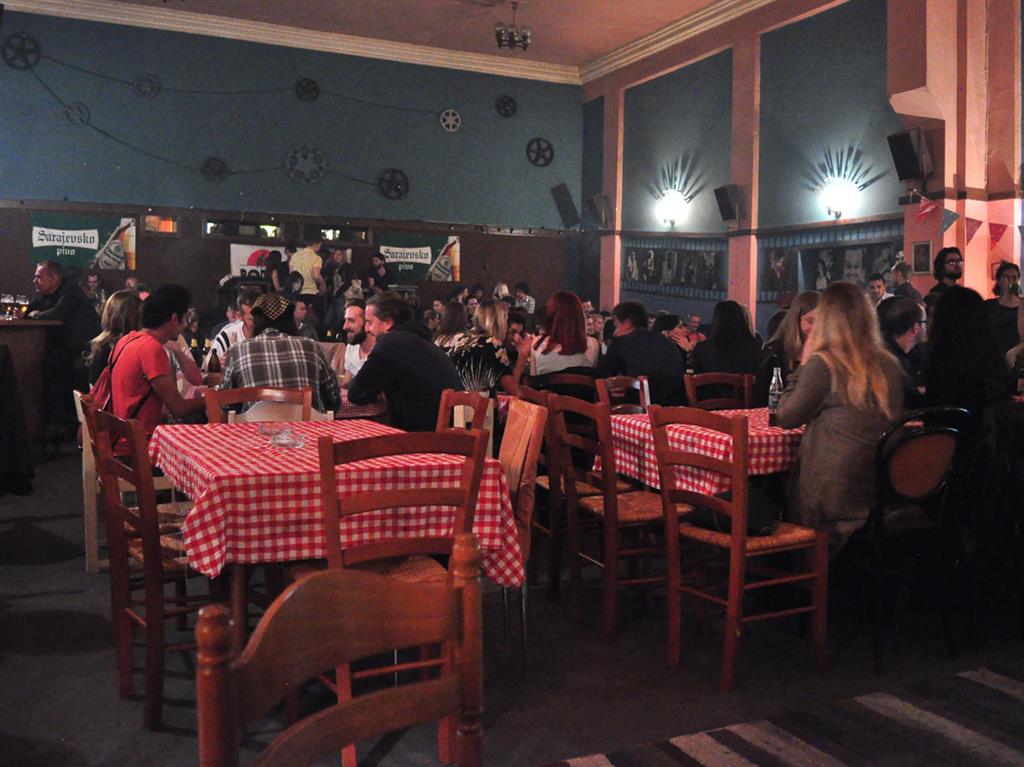 If you happen to be in Sarajevo on a Monday night, ditch your plans and head directly to Kino Bosna. A boisterous bar built inside an old cinema, tourists and locals head here to smoke, drink and dance the night away, all the while yelling traditional Bosnian folk songs. en-gb.facebook.com/kinobosna

Stroll down a Bobsleigh Track 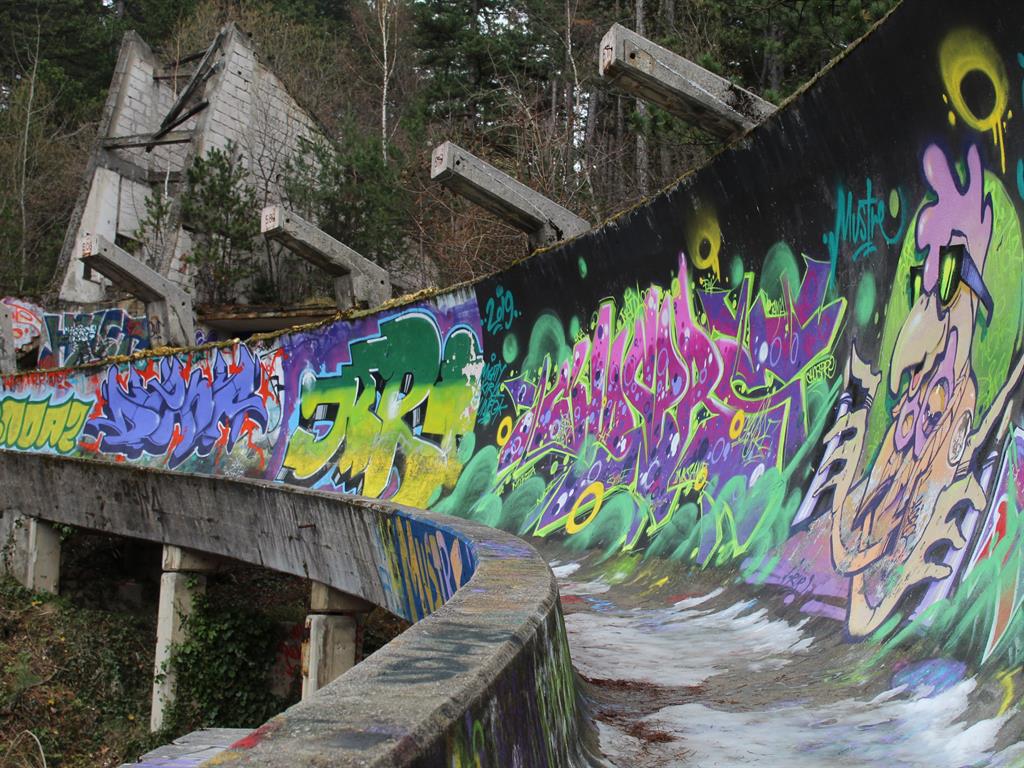 Hop off the Trebević cable car, look back down on stunning Sarajevo plopped in the mountains, then stroll down the heavily graffitied, abandoned bobsleigh track from the 1984 Winter Olympics. Surely one of the most unique tourist attractions in Europe.