■ The actress, 72, on why Vera’s loved, having make-up to look worse and being saved in Hollywood by Harry Potter

How does it feel to be back for a ninth series of Vera?

Who’d have thought, ten years ago when we did the pilot, that we’d be here talking about series nine? It’s a wonderful sense of achievement for everybody who works on it. I’m privileged to have this lovely job come along this late in my life.

Why do you think Vera is so popular? It has a massive fan base…

The production values are second to none, they’re great writers and I think people relate to Vera because she’s an ordinary woman who’s not reliant on lipstick. But she earned the respect. People weren’t that keen on her to start with but they loved [former co-star] David Leon! Now, if he likes her there must be something we’re missing! 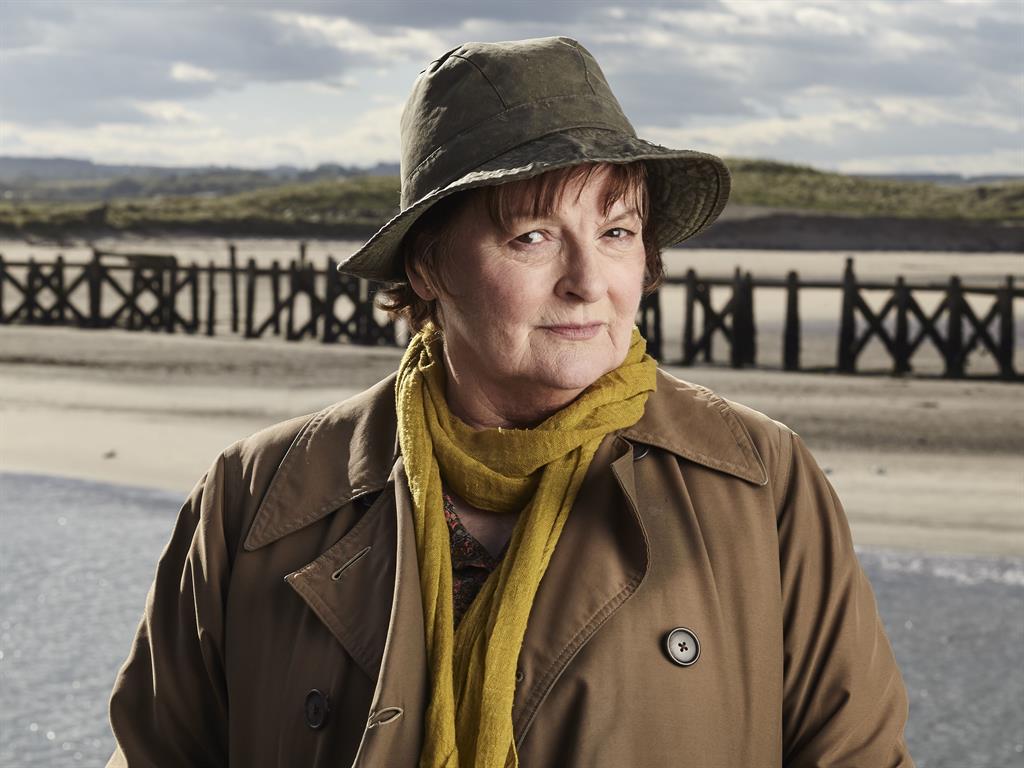 Is it nice not to have to worry about your appearance?

The make-up artist spends a great deal of time making me look like that! My hair looks rather nice when I come in to work! Vera doesn’t look in the mirror, she doesn’t care how her hair looks, and I think that’s another reason why the audience likes her — because Vera doesn’t ask to be liked. There should be more women like her. TV can be very superficial and I try my hardest to keep it real.

You have a good relationship with Vera creator Ann Cleeves, don’t you?

Yes. I read that Ann said when she’s writing Vera books now she hears my voice in her head, which was terribly flattering.

Does Ann have a dark mind?

Well, it makes you wonder what goes through her mind when she’s sitting at home with her cup of tea! All these gory details — good Lord! When she’s sitting gazing at you, you think, ‘What is she thinking? Where am I in her head?’

Apparently it’s gone up considerably. The seascapes, landscapes, moors and cities are all beautiful. The people are so nice too. I feel as if I have a connection to the place now because I spend six months a year there.

What is it about a gritty role that you love so much?

My brothers and I have been problem-solvers since we were children so it’s just up my street. We didn’t have a telly so my dad used to set us little puzzles and brain-teasers. I’m a member of the Times Crossword Club and I race my brother every day, we love it. He just bought me a book of mathematical problems, some surprising things about mathematics that are enjoyable to discover. Sounds enthralling, doesn’t it?

What does a role need in order to attract you?

If it’s somewhere I haven’t been before, if you learn something from it or if it’s entertaining. I’m trying to get a film produced based on a beautiful book set in Russia by Andrea Bennett called Galina Petrovna’s Three-Legged Dog Story.

But they say never work with animals…

[Laughs] Oh, but this is such a delightful story. The author sent it to me and I couldn’t put it down. I thought, ‘Wow, there’s a great role here for me.’ I realised she was in Ramsgate, where I have a house, so I contacted her.

So work isn’t drying up like it does for some women as they get older?

No, I’m fortunate. But sometimes I think, ‘Oh gawd, can I just sit here for five minutes, please?’ This year I’ve had to train myself to say no. I haven’t had much time off but as soon as you finish a six-month stint on Vera there are things to be read and all the domestic things you’ve been putting on hold. Today I’m having a radiator fitted.

Did you ever want to live in Hollywood?

No, I’d miss my family and friends too much. It’s fun to spend some time there. The longest was six months when I did three films back-to-back. I discovered I was anaemic while I was there, which is probably why I felt low about it all. I read Harry Potter and it saved my life! I went to Book Soup on Sunset Boulevard and bought the four books out at that time and that got me through.

Are you recognised a lot?

All the time but I always forget. I’ll be in the supermarket and say to Michael [Mayhew, her husband], ‘Why are those people staring at me?’ He says, ‘Because they’ve seen you on the telly!’ And I go, ‘Oh yeah! Wish I’d combed my hair!’ In America once, a car screeched to a halt — I thought I was going to be mugged! A lot of Scandinavians come to Northumberland to watch us filming too.

Do you ever think of retiring?

I was thinking of retiring when Vera reared its head but I’m enjoying myself. I’ll do Vera as long as there’s an appetite. But I just have to take stock after this series, sit down and have a little think, and then I’ll probably start missing everybody and want to see them again.

Vera is on Sundays at 8pm on ITV