A MAN whose wife and two children were killed when a bomb ripped through their hotel restaurant in Sri Lanka on Easter Sunday has said his family and friends will be ‘forever devastated’ by what happened.

Anita Nicholson, 42, and her children, Alexander, 14 and Annabel, 11, died instantly when an improvised explosive device (IED) was detonated at the Shangri-la Hotel in Colombo where they were staying on April 21 this year.

IT director Lorraine Campbell, 55, and married couple William Harrop, a retired firefighter, and doctor Sally Bradley, also died in a blast in the restaurant of the Cinnamon Grand Hotel on the same morning.

An inquest in Chelmsford, in Essex, concluded all six were unlawfuly killed.

Ben Nicholson was on holiday with his wife and children but survived the blast.

He said in a statement released after the inquest that he was grateful to the coroner for the sensitive handling of the inquest and for the support of police ‘during this difficult time’.

‘Our family and friends will forever be devastated by the events of April 21 and the loss of Anita, Alex and Annabel from our lives,’ Mr Nicholson said.

‘The positive impact that Anita, Alex and Annabel had on the people around them is reflected not only in the enormous loss we are all feeling, but also in the many moving personal tributes received over the past six months.

‘Those tributes, together with our own wonderful memories, have helped to sustain us through this tragic loss.’ 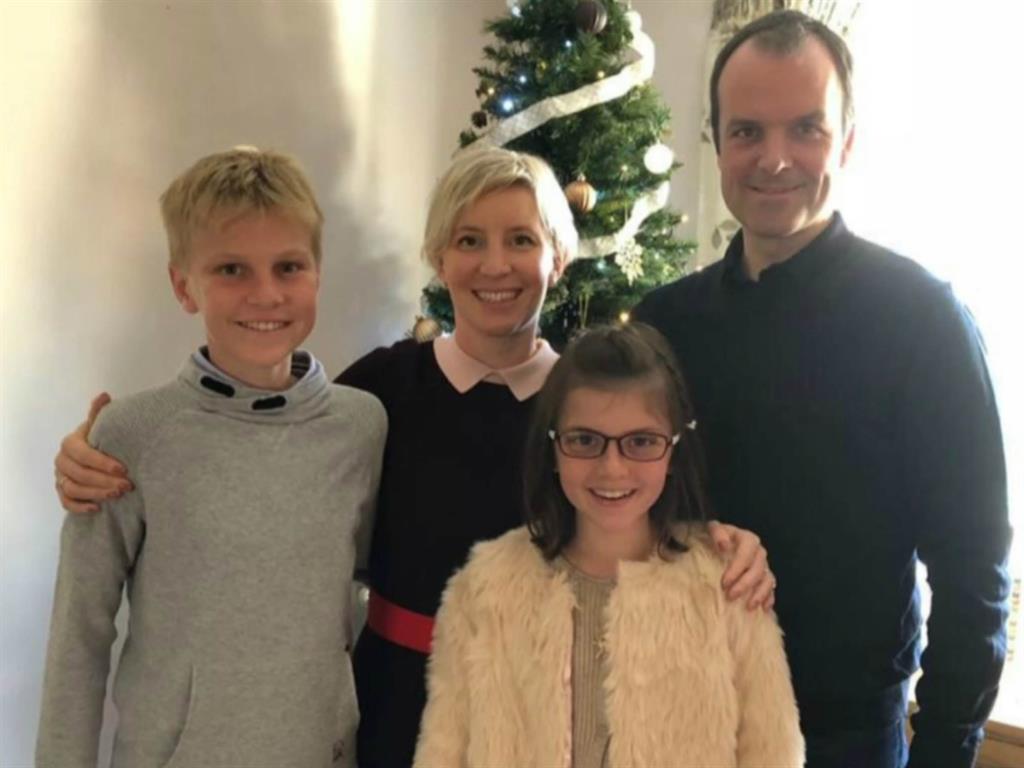 Senior coroner for Essex Caroline-Beasley-Murray said there was ‘no evidence that British nationals were specifically targeted’ and that a police investigation into the bombings was ongoing.

Detective chief inspector Brian Howie of the Met Police Counter Terrorism Command was led through evidence about the chain of events and each of the six deceased by barrister Samantha Leek QC.

He said that a number of bombers checked into hotels on April 20 this year, including the Shangri-La and the Cinnamon Grand.

He said the Nicholsons, who moved from the UK to Singapore in 2010, were on holiday when an IED detonated in the second-floor restaurant of the Shangri-la Hotel at approximately 8.54am local time.

They all died of penetrating trauma from the explosive device. Her husband Ben Nicholson was the only survivor.

Ms Campbell, who was originally from Manchester but had relocated to Dubai, was on a business trip when an IED detonated in the restaurant area of the Cinammon Grand Hotel at 9.10am local time. She died of severe head injuries and penetrating trauma to the torso.

Her partner Neil Evans told the inquest he was speaking to her on WhatsApp on the day she died.

‘There was a particular point when she stopped picking up the messages, as on WhatsApp the two ticks turn blue (when a message is seen),’ he said.

‘I knew something was up and I saw on the BBC news something just happened at the hotel she was at.’

He added: ‘I’ve lost my best friend, my confidante, my soulmate.’

The inquest heard in a statement that Mr Harrop was a ‘wonderful father’ and Ms Bradley, who had worked as a director at several hospitals in Manchester before moving to Australia, ‘will be sorely missed’.

Coroner Ms Beasley-Murray told the families in court: ‘You’ve lost loved ones in these most appalling of circumstances. I would like to express sincere condolences to you upon your tragic loss.’