HAVING acted since the age of six and been catapulted into stardom at 13 after portraying child prostitute Iris in Martin Scorsese’s 1976 classic, Taxi Driver, Jodie Foster is one of Hollywood’s most enduring, versatile and talented actors.

Her long list of film credits includes starring roles in The Silence Of The Lambs, Bugsy Malone, The Accused, Panic Room and Flightplan and her trophy shelf must be buckling under the weight of the two Oscars, three Baftas, three Golden Globes and a string of other awards she’s won. In the past few years she’s turned her attention to directing and has worked on episodes of Black Mirror, House Of Cards and Orange Is The New Black.

Although professionally Jodie is completely at ease, whether in front of or behind the camera, in her personal life she prefers to keep well out of the spotlight and fiercely guards her privacy. So, it’s hardly a surprise that her California home, which she shares with her wife, photographer Alexandra Hedison, is in a gated plot in an extremely secluded location. 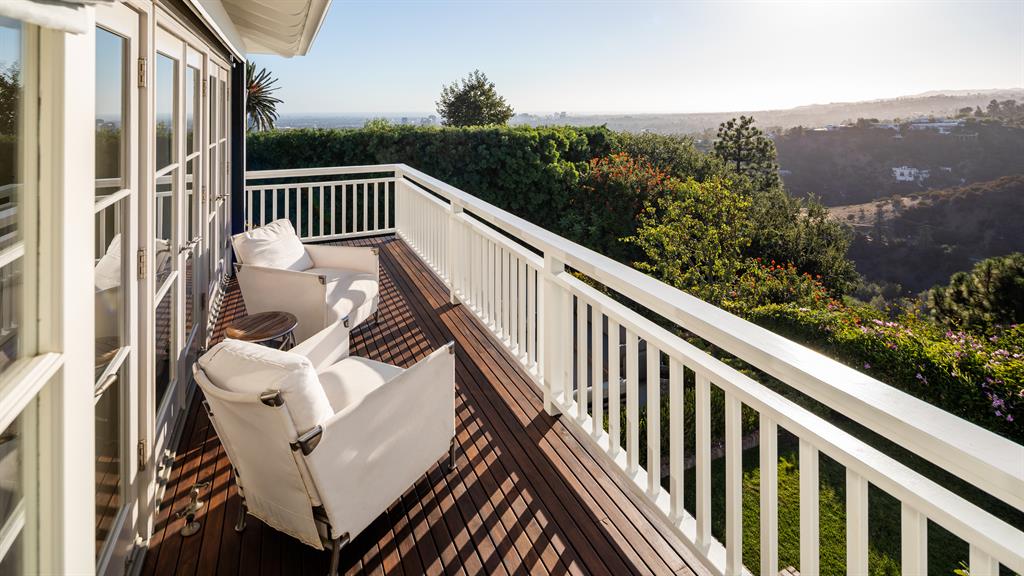 High up above Beverly Hills and enjoying views over downtown Los Angeles and towards the Pacific Ocean, the 7,500sq ft ranch-style, timber-clad mansion is flanked by a tall hedge and is virtually invisible from the road.

Jodie bought the 1950s-built house, which has an exclusive 90120 postcode, in 2012 and subsequently embarked on a programme of renovation. Rooms are tastefully decorated in mainly neutral shades, filled with natural light and designed for inside/outside living to capitalise on LA’s endless sunshine.

Among them are a panelled, formal living room with a grand fireplace and floor-to-ceiling windows, an elegant dining room and a to-die-for, deep grey kitchen/breakfast room featuring marble worktops, dark wooden flooring and several sets of French doors opening out to a dining terrace. 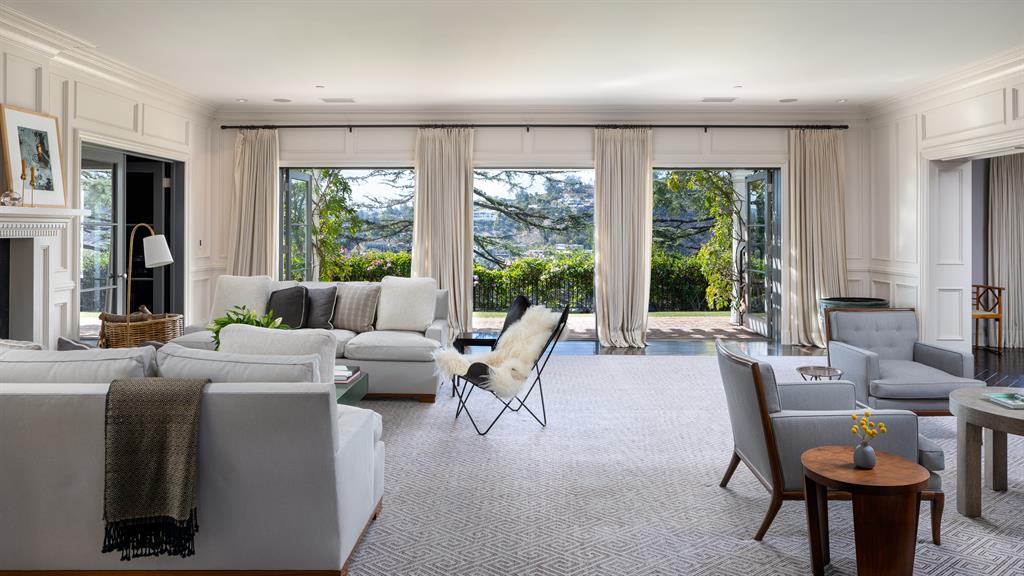 Up the mahogany staircase on the first floor, the master bedroom — one of five doubles — has vaulted ceilings and exposed beams, its own fireplace and a large, private viewing deck, which can also be accessed from the en-suite bathroom.

The outside space is equally sumptuous: an immaculate green lawn is surrounded by mature trees, there are shaded and sunny seating and lounging areas, and a tranquil swimming pool.

Now that her sons Charles and Kit have grown up, Jodie has put her home on the market for $15.9million.