A RANGE Rover driver towing a trailer tent was sent packing after being blocked in by angry locals in a Transit van.

The dramatic stand-off took place on a lane in Snowdonia National Park after Britons were ordered to stay at home and undertake only ‘essential’ travel.

Many places in the park have been declared off-limits after visitors flocked there following the lockdown.

The 4×4 driver, from Sheffield, was confronted by Aled Wyn Williams and his friend Oswyn Roberts, from nearby Bala. The driver called police — who told him to turn around and return to his home city.

Mr Williams said: ‘He told me he called the police because he felt threatened. I told him all we were doing was encouraging him to go home. If he hadn’t called the police, I would have done.’ A North Wales Police spokesperson said: ‘Police were called at 10.12am to a report of a man being blocked on a country lane in Bala. Officers attended and suitable words of advice were given.’

The incident happened as police declared Pembrokeshire ‘closed to visitors’. Sgt Hamish Nichols, of Dyfed-Powys Police, said patrols over the past two days had resulted in more than 200 reminders to the public about what counts as essential travel.

‘Yesterday, we turned away numerous caravans and campervans whose owners were travelling to Pembrokeshire to self-isolate,’ said Sgt Nichols. ‘We have also spoken to two campsite owners who have been open for business, and have issued stern advice to them.’

Meanwhile, a group of walkers were stopped and sent home by police after travelling 75 miles from Bristol to climb Pen Y Fan in south Wales after ignoring government orders for people to ‘stay local’ when exercising.

The Brecon Beacons National Park is currently closed and police have set up roadblocks to stop visitors. Around 20 cars were turned back on Saturday. 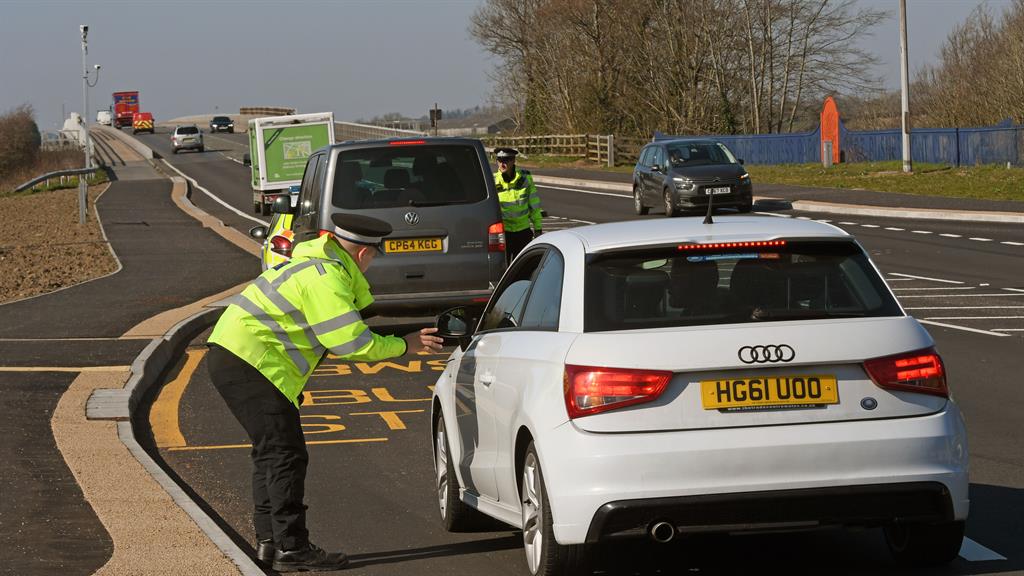 Park police tweeted: ‘Travelling to our area from Cardiff, Bristol & Stroud, to name some examples from today, is not acceptable.

‘£60 fines can be issued for non-essential travel, doubling on each subsequent offence.’

■ POLICE stopped a driver on a 224-mile round trip to make a £15 eBay buy.The man had ignored advice to make only ‘essential’ journeys and travelled from Coventry to Salford to collect some windows. Unable to fit both the windows and his wife in the vehicle, he made her sit in the boot for the two-hour journey home. The pair were pulled over on the M6 in Cheshire by the North West motorway police and reported for traffic offences.