THEY started queuing at 3am… and by the time the doors opened there were hundreds of customers outside Tesco’s first Jack’s discount store.

Shoppers in Chatteris, Cambridgeshire, were keen to see how Britain’s biggest retailer will shake up the discount format as it takes the fight to German rivals Aldi and Lidl. 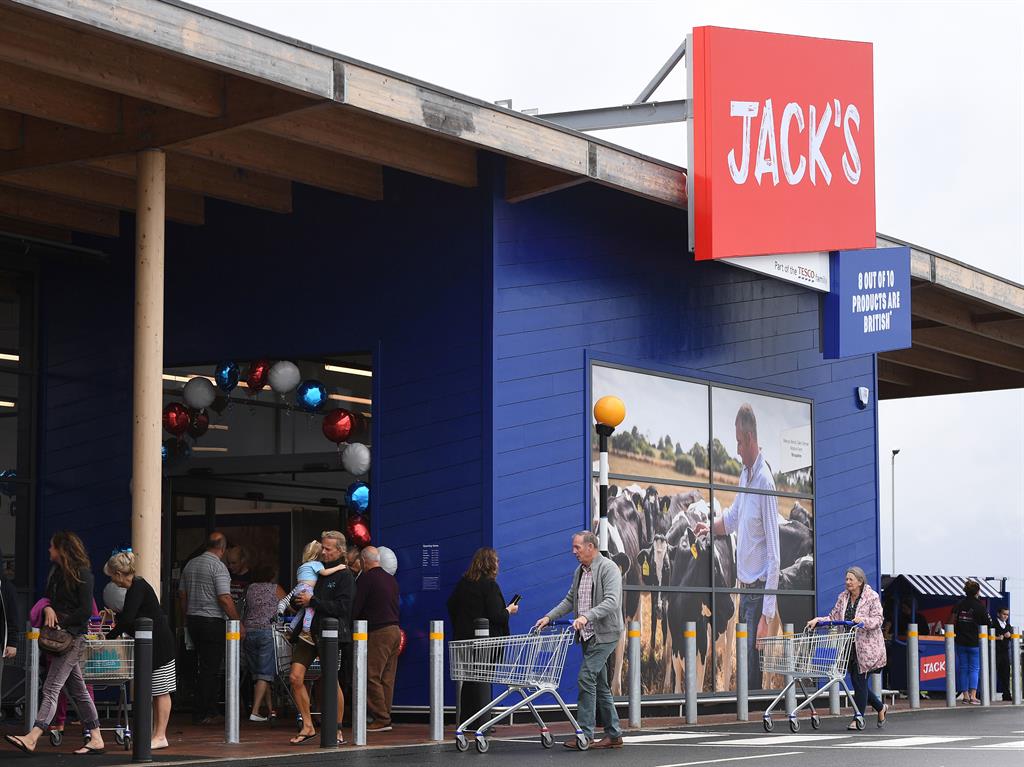 ‘I wanted to see the different bargains and to have a good look,’ said Delia Fernandez, 41, who was first in line. She usually shops at Aldi but could change, she said, adding: ‘Prices… it’s that and the quality of the product.’

Jeevan Gunaratnam, 48, said: ‘I was really impressed. I think the whole package Tesco has put together will be a really good addition to the high street.’

Up to 15 of the stores, named after Tesco founder Jack Cohen, will open in the next year. Most of the 2,600 lines will be Jack’s own brand.