A FISHERMAN was stunned when he went to a favourite spot on the river — and pulled out 19 hand grenades.

Che Williams, 42, was trying to find a lost lure with a new £15 recovery magnet at the river Tame near Sutton Coldfield, West Midlands.

Instead he found himself reeling in a succession of World War II explosive devices — two of which still had pins intact. After police were called, the area was cordoned off as Army bomb experts established the grenades were safe. 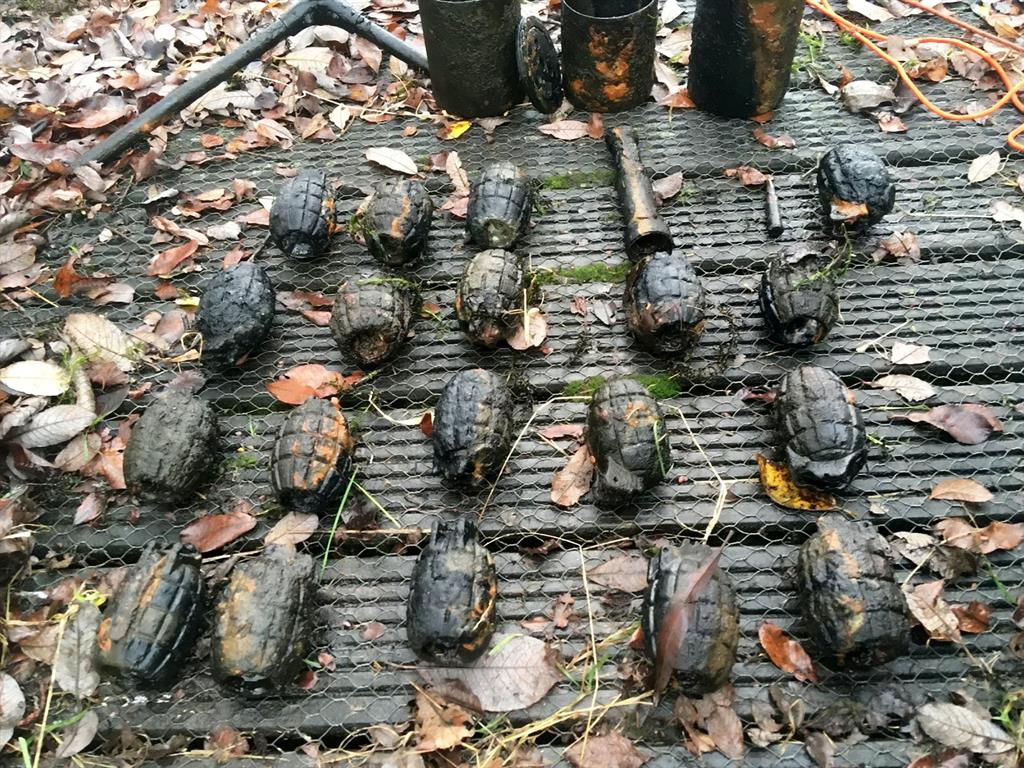 Mr Williams, a professional fisherman from Coleshill, Warwickshire, said: ‘When I found the first one, I thought it was a door knob covered in dirt. But when I looked closer I thought, “bloody hell, that’s a hand grenade”. I couldn’t believe it.

‘I tossed it to one side, which might not have been the brightest idea, then I just kept pulling them up one after the other. I got them in about half an hour.’

Mr Williams admitted he was ‘disappointed’ that the Army disposed of his haul of historic wartime relics.

‘I was told I could get £150 for them,’ he said. ‘I would have preferred to find the old lure, to be honest, because it cost me £20 and I didn’t get the grenades back. My mates say I’m lucky at catching fish and now I’m lucky at pulling up bombs.’