THE biggest complete turtle shell ever found has been unearthed in Colombia.

The 8ft shell belonged to the largest turtle to have existed — Stupendemys geographicus, which lived 10million years ago and weighed more than a ton. 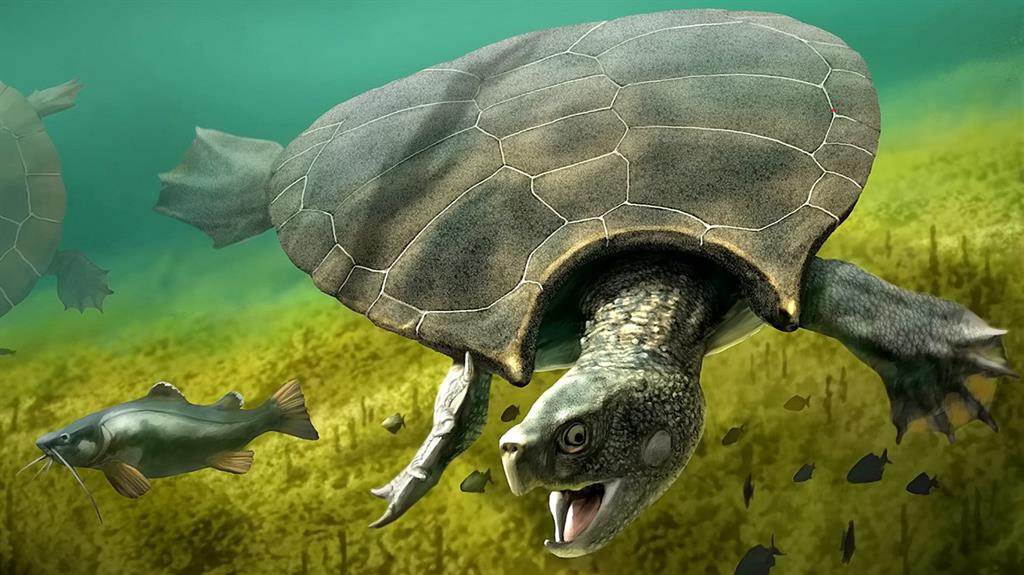 The shell was discovered at the La Venta archaeological site in the Tatacoa Desert. Males had horn-like structures on their shells which may have protected them in combat, said Prof Edwin Cadena, of the University of Rosario in Bogota. He said ‘bite marks and punctured bones’ on Stupendemys suggested predators were giant crocodiles and alligators, up to 40ft long.