SERENA WILLIAMS is back in the US Open final for another crack at equalling the all-time grand slam record.

The 37-year-old American steamrollered Elina Svitolina 6-3 6-1 on Arthur Ashe to reach her fourth major final since becoming a mother two years ago.

She lost the previous three, including that acrimonious match with Naomi Osaka here last year, as well as two Wimbledon finals, meaning she remains tantalisingly one short of Margaret Court’s record tally of 24 grand slams.

On this form and in this mood — and barring another 2018-style meltdown — she does not look like falling short again.

Now it falls to teenager Bianca Andreescu, a 7-6 (3) 7-5 winner over Belinda Bencic, to attempt to emulate Osaka, Angelique Kerber and Simona Halep and beat Williams in the final.

‘To be in yet another final, it seems honestly crazy,’ said Williams. ‘But I don’t really expect too much less.

‘I’m just focusing on not that, just the next match.’

The victory was her 101st at the US Open, matching the record held by Chris Evert.

‘That’s pretty cool. I didn’t know that was even an option,’ she added.

‘That always makes it even more special when you hear those super cool things without even knowing.’

Earlier, Svitolina had boyfriend Gael Monfils firing down serves at her on the practice court to prepare for the power of Williams, and had a clear game plan to move the American around the court.

But Williams crashed 34 winners past the Ukrainian fifth seed, who beat Britain’s Johanna Konta in the quarter-finals.

She then faced six deuces on her own serve as the six-time champion made the breakthrough.

It was a high-level start from both players. The spectators waiting for the first changeover to take their seats were still standing in the concourse after 20 minutes.

Svitolina should have been 2-0 up, but before she knew it she was 3-0 down, and the first set was wrapped up in 41 minutes.

A second Williams break arrived at 1-1, the veteran outlasting 24-year-old Svitolina in a 14-shot rally. She repeated the dose in the fifth, even surprising herself with a stunning get at the net to bring up three more break points.

She needed just the one, and then ran away with the match, a backhand winner putting Svitolina out of her misery after just 70 minutes. 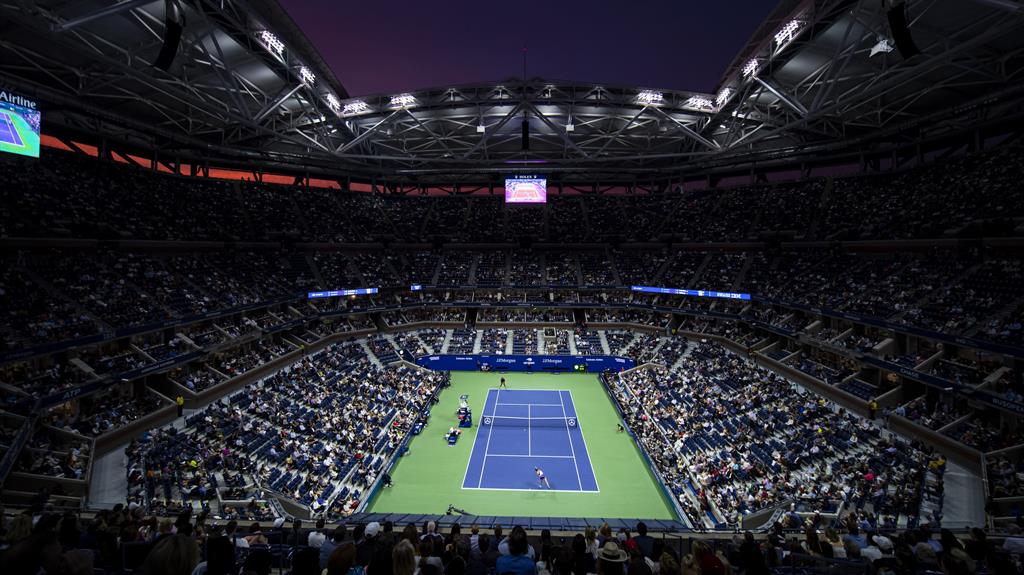 Svitolina, also a semi-finalist at Wimbledon this year, said: ‘That’s why she is who she is. You are playing in front of the best tennis player in the world. If you don’t take it, she just grabs it and there’s no chance to take it back.’

Andreescu, the 19-year-old Canadian, has risen from 152 in the rankings at the start of the year to 15th.

She took a tight first set against 13th seed Bencic, of Switzerland, on a tie-break and then came from two breaks down to snatch the second for a 7-6 (3) 7-5 win.

Andreescu, making her debut in the main draw at Flushing Meadows, said: ‘if someone told me a year ago I’d be in the final this year I [would] have said you were crazy.

‘It’s just surreal. It’s a dream come true playing against Serena in the final of the US Open. It’s crazy.’