SEBASTIAN VETTEL has withdrawn from the opening day of Formula One testing after falling ill.

The four-time world champion (pictured) was due to kick off Ferrari’s pre-season campaign at the Circuit de Catalunya today.

But Ferrari confirmed Vettel was ‘not feeling great this morning’ and would not be in action, with team-mate Charles Leclerc assuming driving duties for the Italian team.

Vettel, 32, posed for a group picture with all the sport’s drivers ahead of the first day of testing before he was later seen leaving the track. 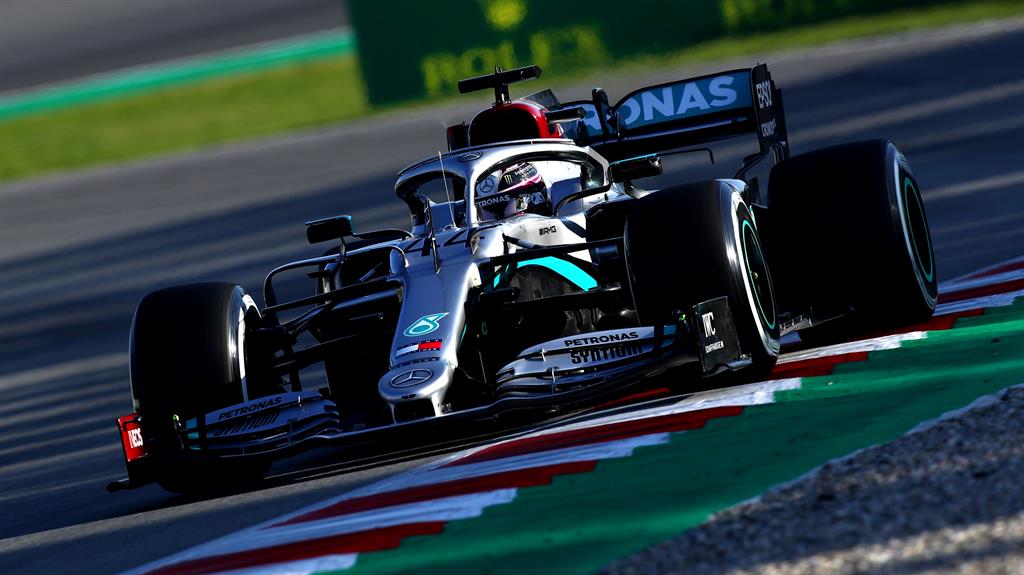 Lewis Hamilton (above) struck an early warning by posting the fastest lap.

After replacing Mercedes team-mate Valtteri Bottas at the lunch break, the six-time world champion moved 0.020 seconds clear of the Finn at the top of the time charts.

The first test concludes on Friday, with three further days of running in Barcelona next week.

Hamilton, the six-time world champion, will open his title defence in Melbourne on March 15.