SCOUT leaders stood guard around the statue of the controversial figure who founded their movement — as another monument to Britain’s past was fished from the water.

The tribute to Robert Baden-Powell, in Poole, Dorset, has been targeted by Black Lives Matter campaigners who have accused him of racism, homophobia and support for Adolf Hitler.

The statue is reportedly on a hit list of 78 monuments said to ‘celebrate racism and slavery’ — and the local authority was planning to remove it to a place of safety ‘temporarily’.

But yesterday, following protests by residents and scout leaders, the council announced that the plans had been put on hold. Instead, the statue will be given 24-hour security.

Deputy leader Mark Howell said contractors did not want to work in a ‘circus’, adding: ‘It is possible we might not take it away at all.’

Baden-Powell died aged 83 in 1941. He has been criticised because he admired the Nazis, put swastikas in Boy Scout badge designs and met German officials to discuss greater links with the Hitler Youth.

Most famously, he wrote in his diary in 1939 that Hitler’s Mein Kampf was a ‘wonderful book with good ideas’. He has also been derided as a racist and homophobe.

The statue, overlooking Brownsea Island, where Baden-Powell held his first experimental scout camp in 1907, was put up 12 years ago. Scout leaders Matthew Trott and Christopher Arthur travelled from Cwmbran, south Wales, to express their support for the statue. Mr Trott, 28, said: ‘Scouting is my whole life so he is my hero.’

The Scouts said in a statement: ‘Currently there are over 54million Scouts in the world and we operate in almost every nation on earth, promoting tolerance and global solidarity. The Scout movement is resolute in its commitment to inclusion and diversity.’ 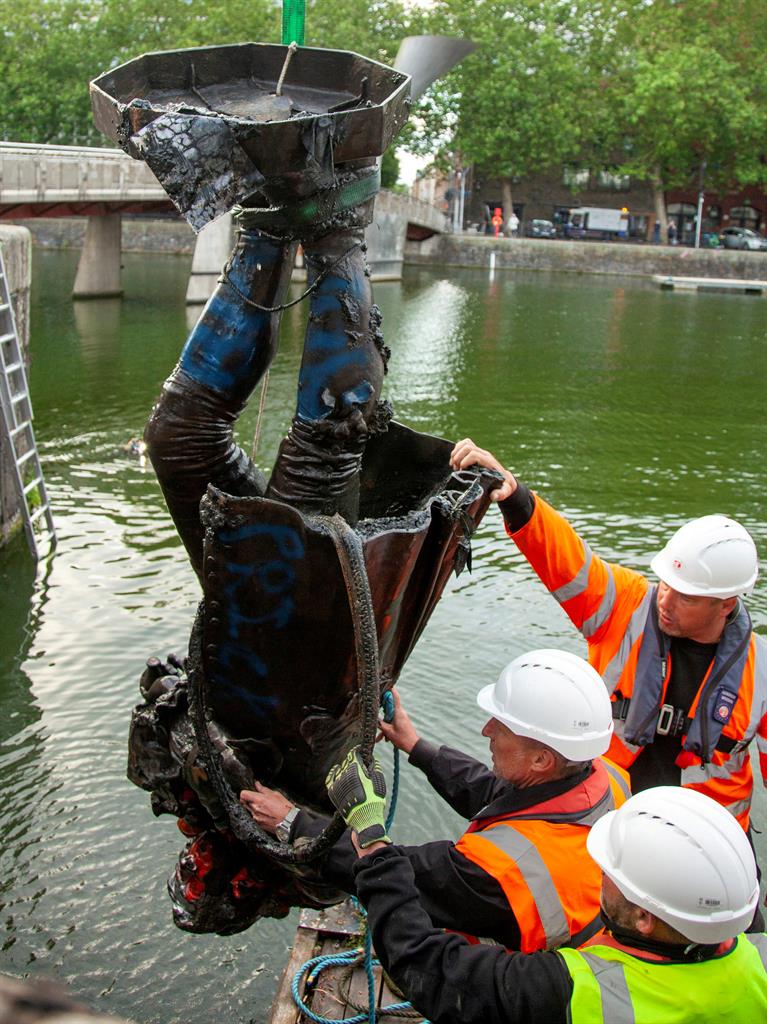 Meanwhile, a statue of slave trader Edward Colston was lifted out of Bristol Harbour after being pulled down during a demonstration on Sunday. The city council tweeted: ‘It is being taken to a secure location before forming part of our museums collection.’