AN 11-YEAR-OLD who memorised the entire periodic table in 40 minutes has scored the highest possible mark in the Mensa IQ test — making her brighter than Einstein.

Anushka Dixit (above) scored 162 points, meaning she is well above the ‘genius’ score of 140 and two points higher than Stephen Hawking.

Her mum Arti, 45, said her only child has always been bright, and started talking at just six months old, copying words from TV adverts.

She begged her mum to let her sit the Mensa IQ tests because she was after a new challenge, having passed her 11-plus with flying colours.

And despite being the youngest person in the exam — by around three decades — she got the highest score, putting her in the top one per cent in the world in terms of intelligence.

‘It was only the time pressure that was difficult. One part was 28 questions in four minutes.

‘It just boosted my self confidence after passing the 11-plus and that made me want to sit the Mensa test.

‘I got full marks. I was definitely quite shocked at that. I started to cry after the test finished because I thought that I might have got one of the non-verbal questions wrong. 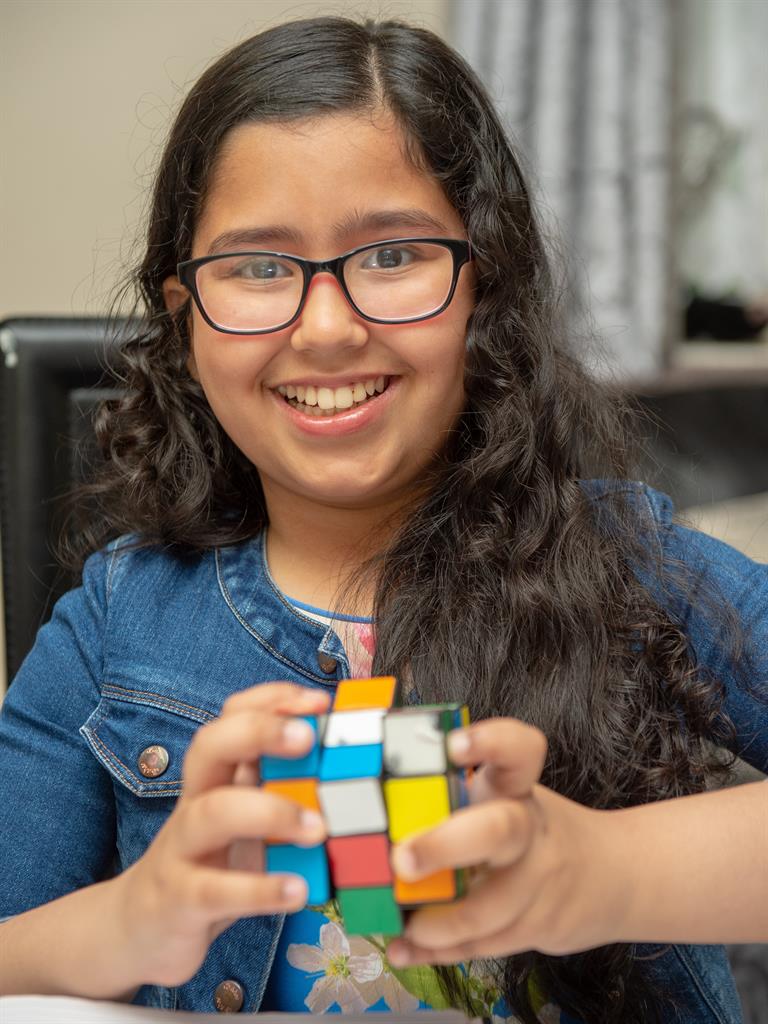 Anushka’s mum Arti said her daughter started speaking at six months, and was already learning country capitals aged one, with the help of her mum.

She could read and write in reception class, and told her teachers during her first year of school she wanted to be prime minister one day.

Anushka took the test on April 20 at the University of East London and her mum said she was surrounded by people in their 30s, 40s, 50s and 60s.

With the score Anushka received, she now qualifies for Mensa membership, also known as the High IQ society.

She received the results via post at home where she lives with her mum Arti, a housewife, and dad Neeraj, 48, an enforcement officer.

‘My favourite subject is English and I love poetry,’ said Anushka, who is a keen dancer.

‘When I grow up I would like to become a doctor.

‘If that doesn’t happen I have other professions that I might like to have, for example I could go into finance. I love maths.

‘I memorised the periodic table. There was no real reason. I was just testing what my memory was like.’

Arti was diagnosed with breast cancer in 2017 and had surgery in 2018, and said the ordeal deeply affected her daughter.

She said she’s proud of her determination to pass the Mensa test, despite struggling to cope with her mum’s treatment.

Arti said: ‘Despite me going through serious breast cancer treatment, her perpetual zeal and determination always forced her to strive an extra mile.

‘Even though she sobbed endlessly during my lumpectomy, in the back of her mind she was willing to do anything for success or happiness.’