INCREDIBLES 2 is already an incredible hit. In the United States, it’s the highest-grossing animation release of all time — the first animated feature to gross more than $500 million — and it’s likely to be the biggest animated movie ever worldwide. This sequel’s secret weapon? Mrs Incredible.

Helen Parr (aka Mrs Incredible, aka Elastigirl), a ‘super’ with ultra-stretchy powers, takes centre stage in Pixar-Disney’s action-packed sequel about the secret superhero family — and it’s being hailed as a ‘feminist triumph’. Is that how Holly Hunter, the Oscar-winning actress who voices Elastigirl, sees it?

‘To see a very powerful woman kicking ass on screen and still retaining her femaleness?

People are finding that so thrilling and so fulfilling,’ enthuses Hunter when we meet at Claridge’s. ‘She’s not pretending to be a man. She is a woman. I don’t know if it was part of [director] Brad Bird’s mission to make this a triumphantly feminist message movie but I kind of do feel that’s a by-product.’

Set in an animated 1960s, the sequel sees Mrs Incredible torn between letting her freak flag fly and her anxious urge to stay at home and tend to the kids.

‘All of us are so full of conflicts,’ muses Hunter, thoughtfully twiddling one of her honey-coloured tresses. ‘We are all filled with opposites. And great acting always embraces a certain conflict. I think one of the wonderful things about Incredibles 2 is that it has that complexity. It’s full-bodied. This is not a political movie. It is first and foremost a movie about human beings.’

Getting the Piano star to talk about her own kids — twins born in 2006 when Hunter was 47 — is notoriously a no-no. I tried and failed last year when I interviewed her for The Big Sick, the acclaimed romcom in which she plays another fiercely protective mother. ‘Privacy is paradise’ is her polite shutdown — and there’s a steeliness to Hunter that says ‘don’t mess with me’, despite her warm Southern charm and gently floaty, floral maxi dress. So I try asking her about her own childhood.

I was very jealous of my brothers. I wanted to drive a tractor. I wanted responsibility

‘I’m sorry, I don’t understand — you’re asking me about my own background?’ she says in what I take for exasperation but is in fact due to drilling outside the window — Hunter is deaf in her left ear due to mumps as a child.

Hunter was the youngest of seven, raised on a farm in Georgia. ‘I grew up in a quite sexist environment where the boys had to work on the farm,’ she recalls when I’ve managed to make myself clear. ‘Of course I had to help my mother with meals but I was mainly left unattended to play and pretend. Probably that’s where I started thinking about acting.’ 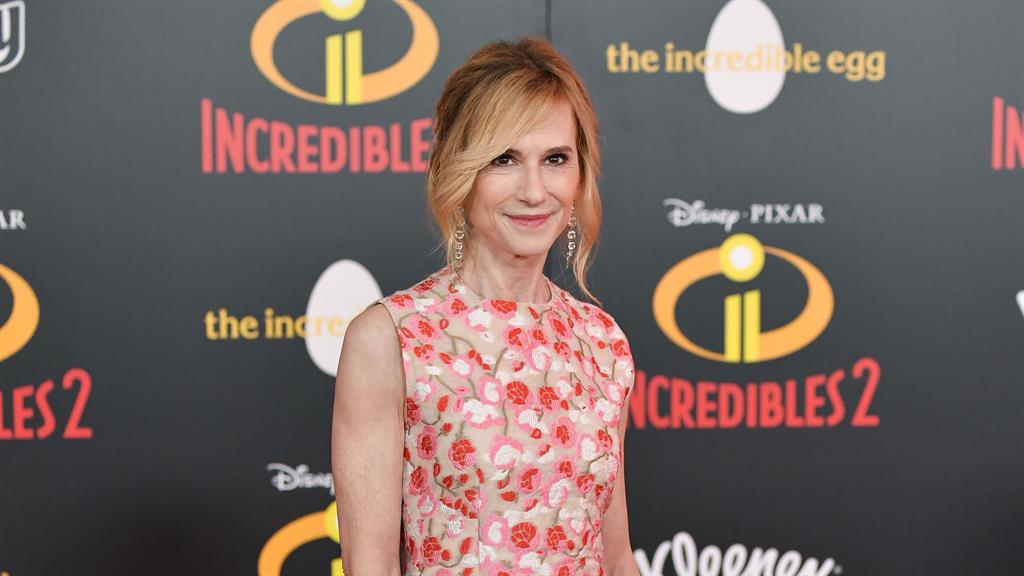 It sounded like she had the better deal. ‘It certainly didn’t feel that way!’ Hunter says, fixing me with her large, dark, vividly curious eyes. ‘I was very jealous of my brothers. I wanted to drive a tractor. I wanted responsibility. I wanted to be able to do a good job. I wished for that.’

Instead she started acting, moved to New York at 21 and roomed with Frances McDormand. They met the Coen Brothers in 1982 when they came to see the actresses perform in a Broadway show and Hunter made her film debut in their debut feature Blood Simple. Now 60, with decades of roles behind her, including Raising Arizona and O Brother, Where Art Thou? with the Coens, as well as Oscar nominations for The Firm, Broadcast News and Thirteen, she’s also taken a turn into blockbuster territory with Batman v Superman: Dawn Of Justice.

She’s voiced her annoyance at Hollywood ageism and sexism in the past but, as she points out, a bonus to animation is that you can do and be ‘anything!’ she cheers. ‘The fun thing is, this sequel takes place both 14 years and 14 seconds after the first one,’ she says. ‘That is so cool.’

As to whether she’s already signed up to Incredibles 3… ‘I am just so happy to be here talking about this one because we’ve waited 14 years for it!’

Who are the Incredibles again? 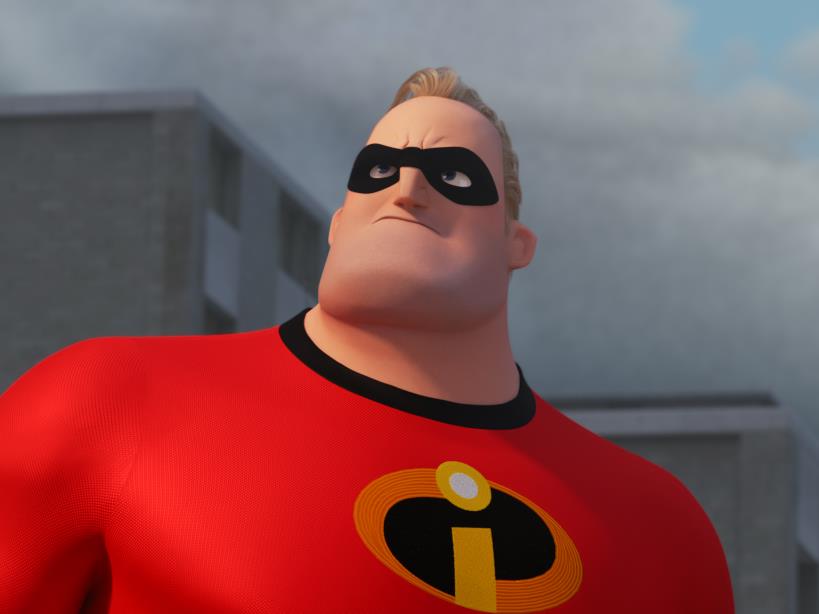 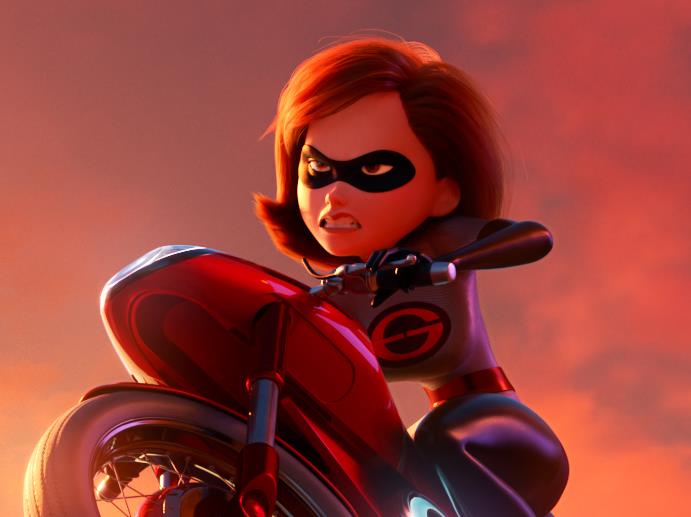 Elastic by name and nature. This multitasking mum can stretch herself into any shape, which presumably has many hidden marital advantages. 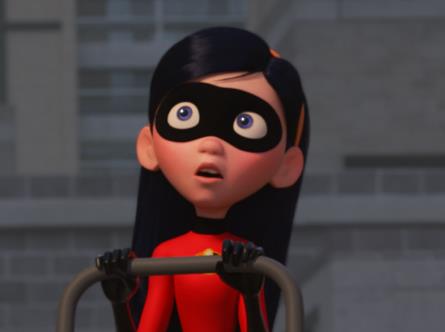 A shy and retiring adolescent, Violet’s distinctive power is her invisibility. Will she ever go on that date with Tony, her boy crush from school? 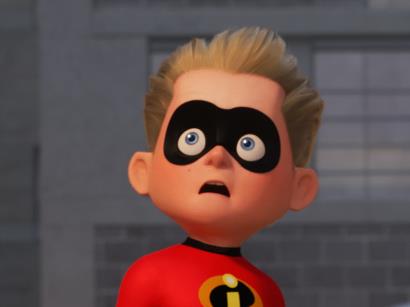 The family’s Billy The Whizz troublemaker is as lightspeedy as he is mischievous. Quick about pretty much everything but tidying his room. 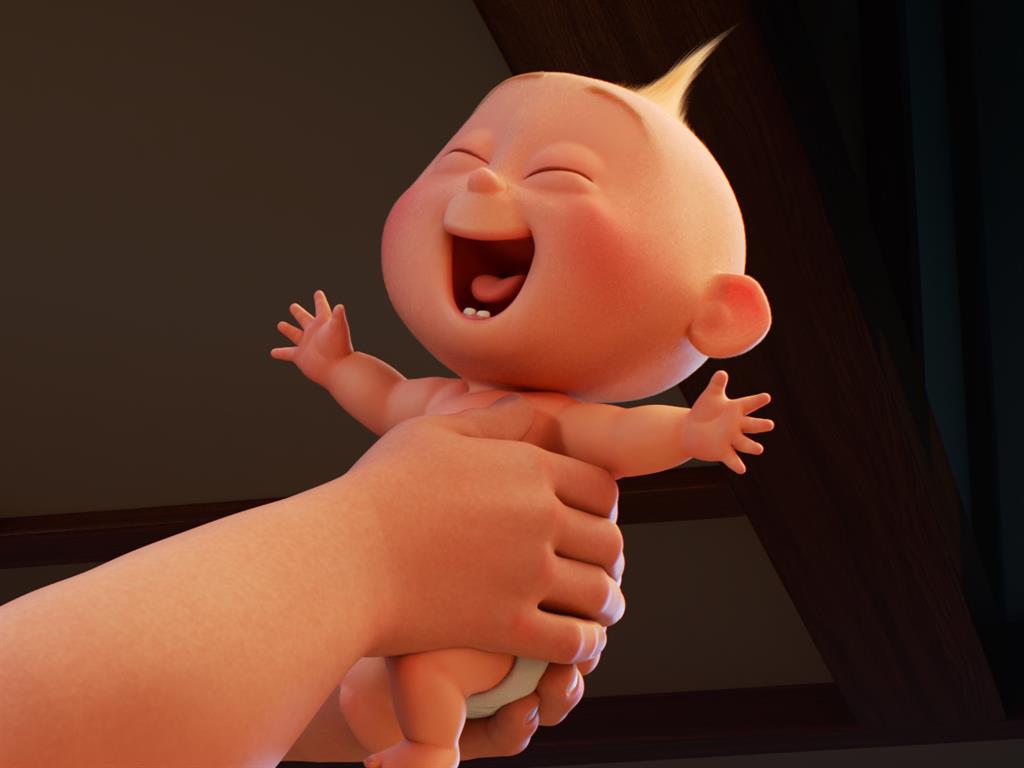 Just imagine it: a baby that can dissipate, clone itself and spontaneously combust. Makes teething seem like a dream.

Catching up with director Brad Bird 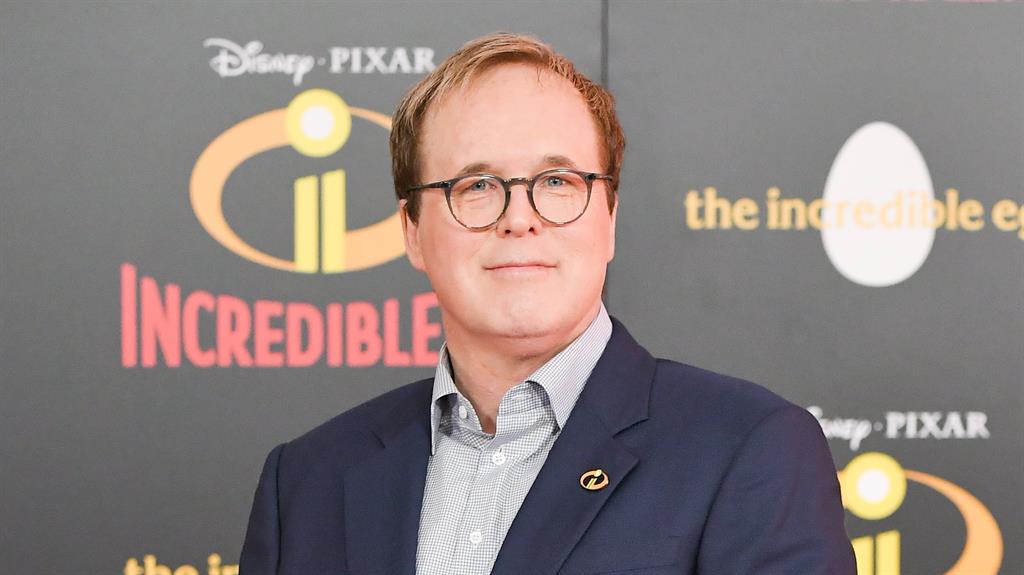 Is Incredibles 2 a #MeToo film?

‘I had the idea for this sequel while we were publicising the first film. I just thought it would be fun and interesting to see Helen [Mrs Incredible] let out that non-family side of herself that had been napping for a while and for Bob [Mr Incredible], who always assumes he’s the answer to anybody’s problem, not to be the first choice. So it was thought up a long time ago and it wasn’t done for any political reasons.’

Are cartoons for children?

‘I don’t ever think about the kids. I don’t make these films for kids. I make them for me. And I’m not a kid. I love the medium of animation and I’ve always resisted people shoving it on to the kiddies’ table. With both Incredibles movies we made action films that are intense, touch on the midlife crisis and are rated ‘PG’. That doesn’t mean a kid can’t have a good time in the movie but it also means a childless adult can go and have a good time too. The medium is far too big and wonderful to be limited to such a small part of the audience. Not to be strident about it!’

Will there be an Incredibles 3?

‘Right now, if someone said “yes or no?” I would say “no”. But this is like the worst time to ask! It’s like I’ve just crossed the finishing line and somebody says, “how about that 15k?” But 14 years is apparently the magic number, so
I might say something different in another 14 years.’

■ Incredibles 2 is in cinemas from Friday