‘IT’S important to read Pinocchio, it’s such an important book,’ cries Italian star Roberto Benigni excitedly. One of the world’s most famous fables, about a puppet boy who yearns to be real, Carlo Collodi’s wondrous story has been like catnip to film-makers over the years.

‘It’s not just a story for children,’ Benigni continues, ‘it’s also a book for grown-ups! It’s a real book about poverty. It’s a wonderful book.’

It might be best known as the 1940 Disney cartoon — famed for its Oscar-winning rendition of When You Wish Upon A Star by Pinocchio’s tiny pal, Jiminy Cricket — but Collodi’s 1883 story has been interpreted numerous times, including by Benigni, who followed his Oscar-winning Life Is Beautiful (1997) by directing a 2002 version and — bizarrely, given he was then 49 — casting himself as Pinocchio.

Now, more sensibly, he’s playing Geppetto, the ageing wood-cutter who carves Pinocchio from a magic tree, in a sparkling new take on the story by Matteo Garrone (Gomorrah).

‘It’s completely miraculous,’ says Benigni. ‘I am probably the only actor in the world who has managed to be Geppetto and Pinocchio! I’ve been the two of them — it’s quite remarkable. A real wonder of nature, I am! It was the realisation of a dream, to be able to be both.’ 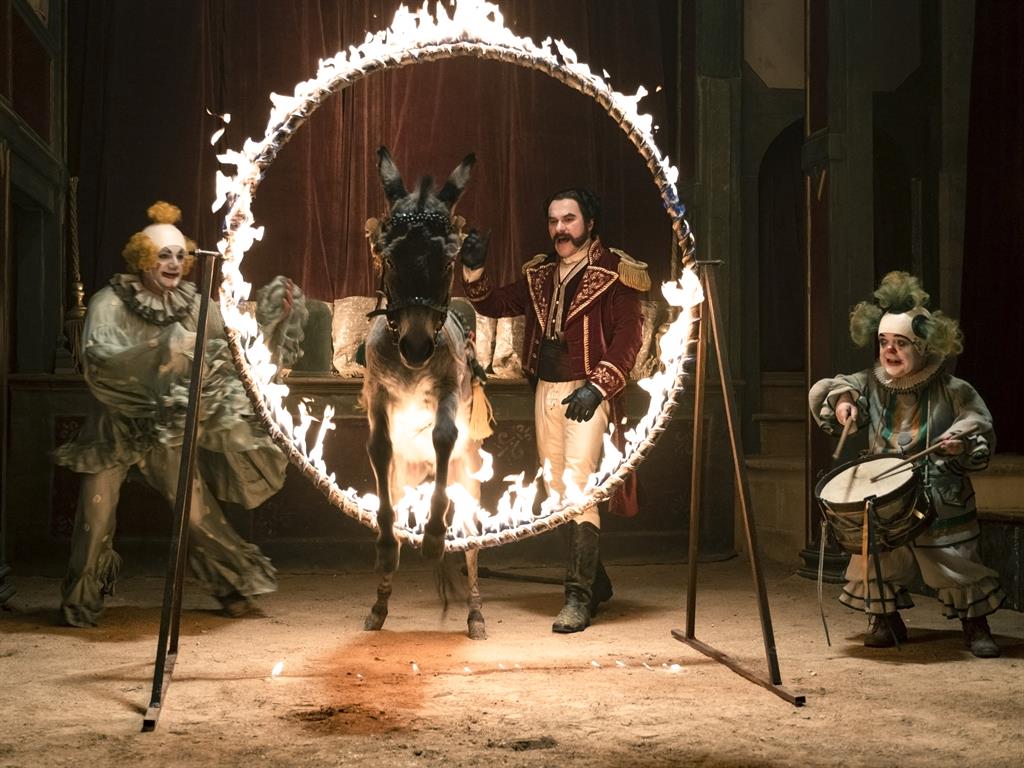 This latest Pinocchio has been brought to life with some stunning and eerie special effects, with young newcomer Federico Ielapi cleverly rendered as the wooden boy thanks to prosthetics by two-time Oscar-winner Mark Coulier. But, curiously, it’s not the only version on the horizon, with two other major projects under way — a big-budget live-action remake of the Disney cartoon and a 3D stop-motion effort that will be dropping on Netflix next year. Why, though, are film-makers going back to Pinocchio? According to Benigni, it’s the perfect fairy tale to teach children about the world around them.

‘It shows that life is a struggle,’ he says. ‘This is a fantastic story regarding everything that’s happening around us: all the dangers and all the wonder.’ 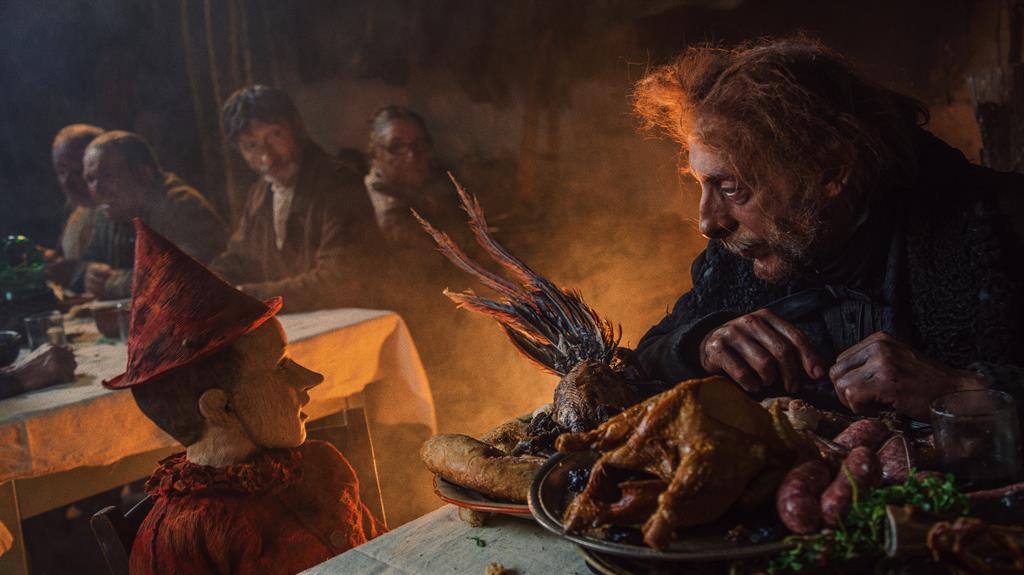 With Pinocchio tricked by a human-like Cat and Fox, who try to swindle all his money, its labyrinthine plot is an object lesson in the darker side of humanity.

The 3D stop-motion version, due next year, comes from the mind of Guillermo del Toro, Mexican maestro behind The Shape Of Water. While that fable dealt with Cold War-era mutes and monsters, his Pinocchio is set in 1930s Italy during the rise of Mussolini and fascism.

‘A good time to discuss the idea of being a puppet or being a human’, says Benigni.

Del Toro’s version has the added bonus of an all-star cast led by Tilda Swinton (voicing The Fairy With Turquoise Hair) and Ewan McGregor (The Talking Cricket). But even with the deep pockets of Netflix, it probably won’t match the upcoming Disney effort, with veteran director Robert Zemeckis (Back To The Future) pulling the strings of this infamous puppet story.

There’s no word on how Zemeckis will approach the story but if other recent live-action remakes of Disney cartoons (The Lion King, Aladdin) are anything to go by, you can expect him to play it safe. Tom Hanks, who starred in Zemeckis’s Forrest Gump, has been suggested to play Geppetto.

As for Garrone, he’s keen to underline that his Pinocchio will stand out from the crowd.

‘I know that there are other great, great directors that are working on this but I’m confident — and I’m sure — that these will be something completely different from my Pinocchio,’ he says. ‘I’m Italian, I come from this culture. If you want to be faithful to the original book, I think it’s necessary to know very well the culture and the world that you are telling.’

And that’s no lie.

FIVE DARK FACTS ABOUT THE 1883 STORY 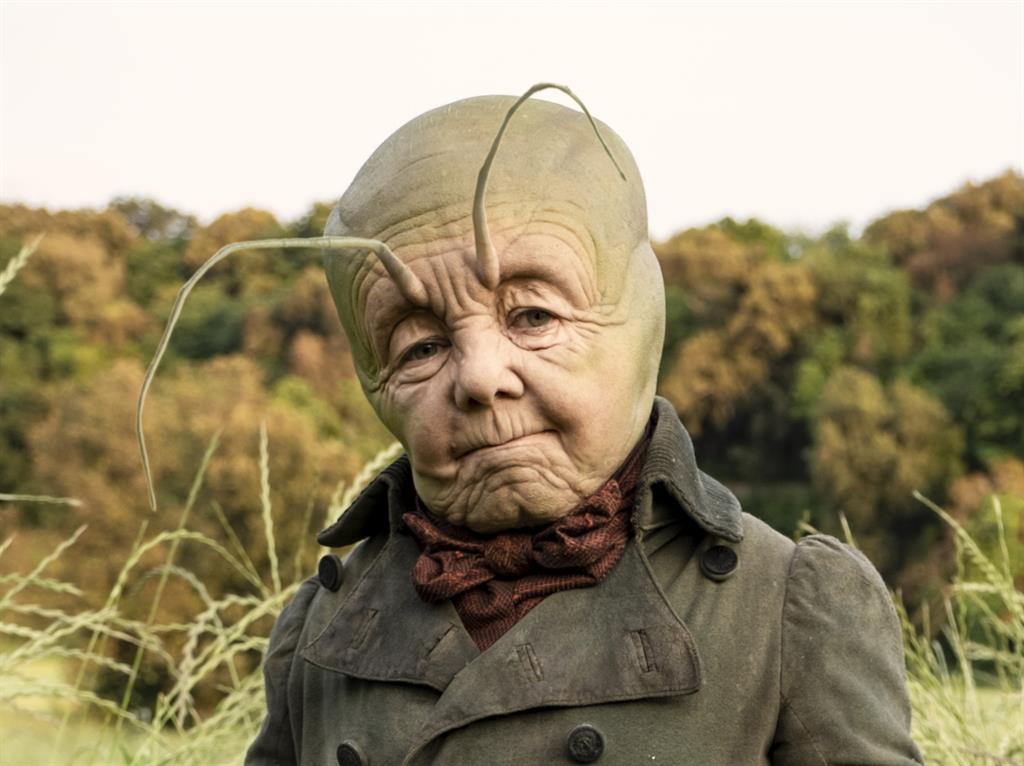 Technically it’s manslaughter. Irate at being corrected by the ‘Talking Cricket’, Pinocchio throws a hammer at his head, killing him.

Geppetto is a surly old man 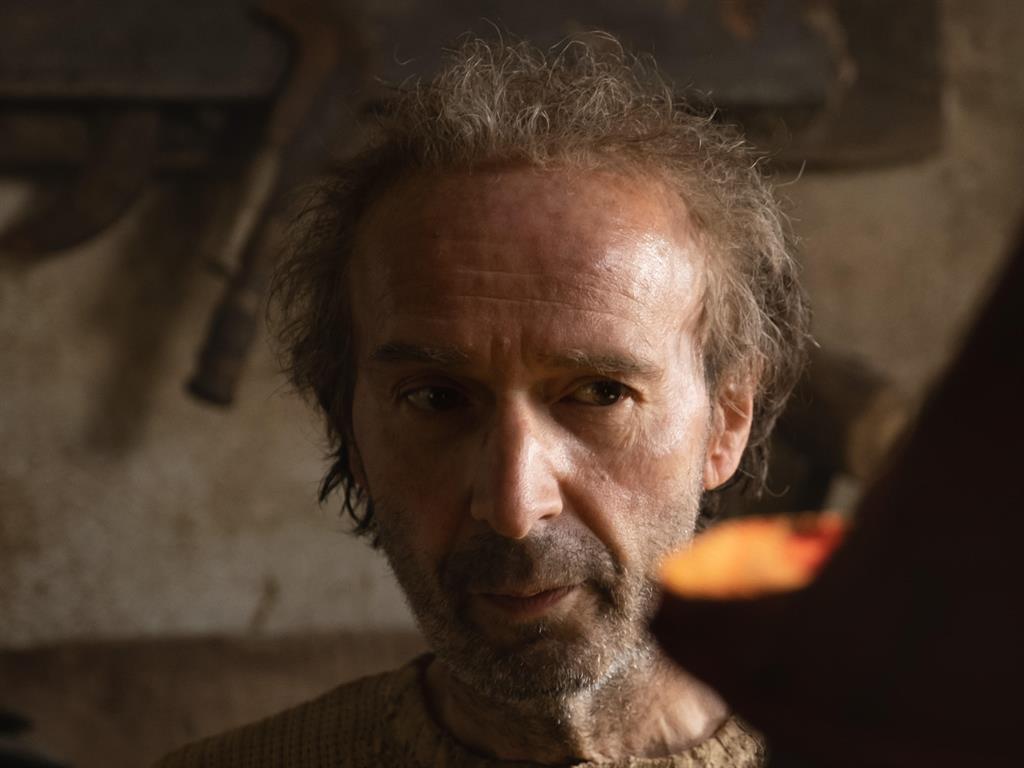 Geppetto isn’t the mild-mannered sweetie from the Disney cartoon. He’s got a vicious temper and threatens to beat Pinocchio. 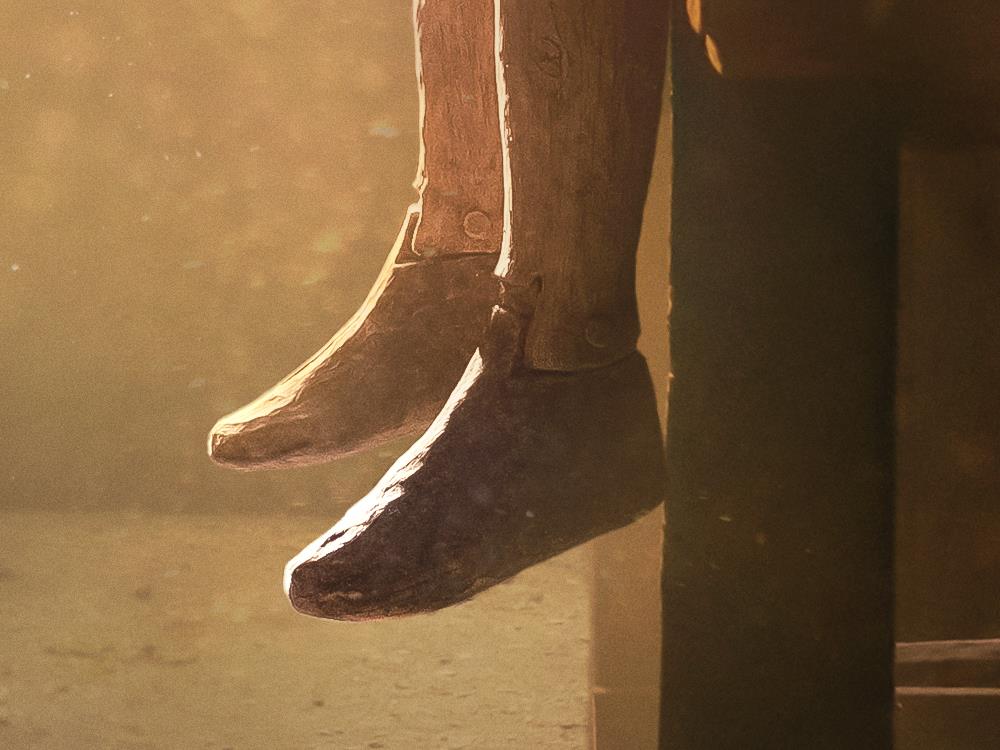 In Geppetto’s cottage the puppet slumps by the fireside… ‘While he slept, his wooden feet began to burn. Slowly… they blackened and turned to ashes.’

The Blue Fairy is mean 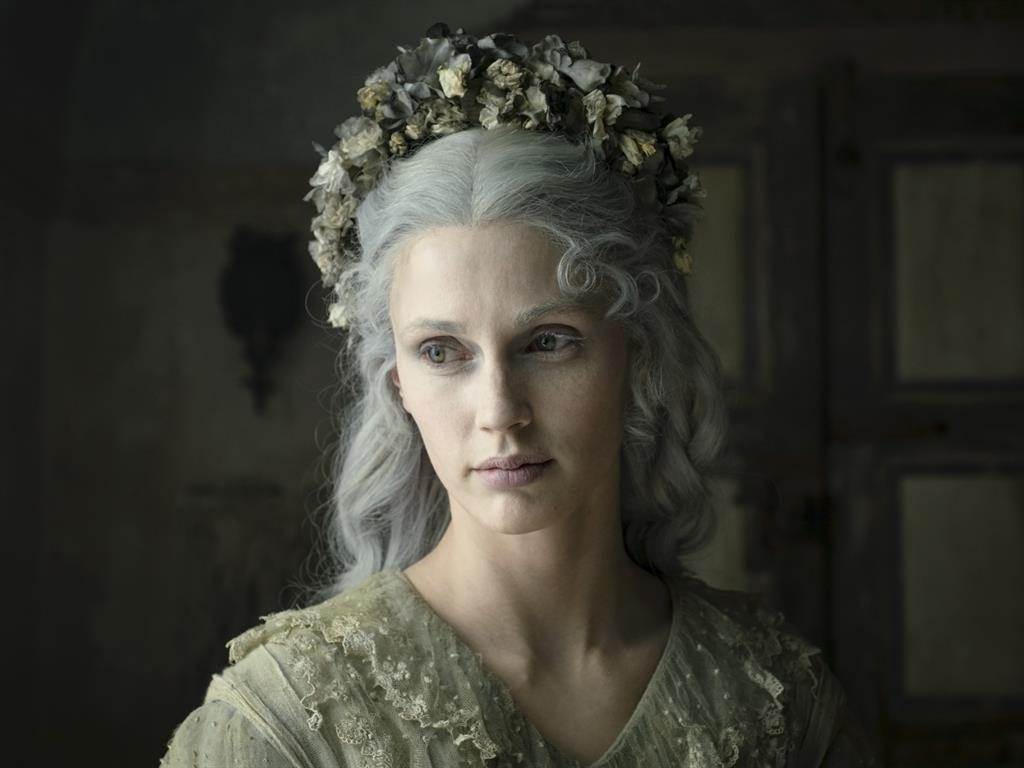 She first spooks Pinocchio by claiming to be the ghost of a dead girl, then elaborately fakes her own death just to pull a nasty guilt trip.

Pinocchio is lynched for stealing 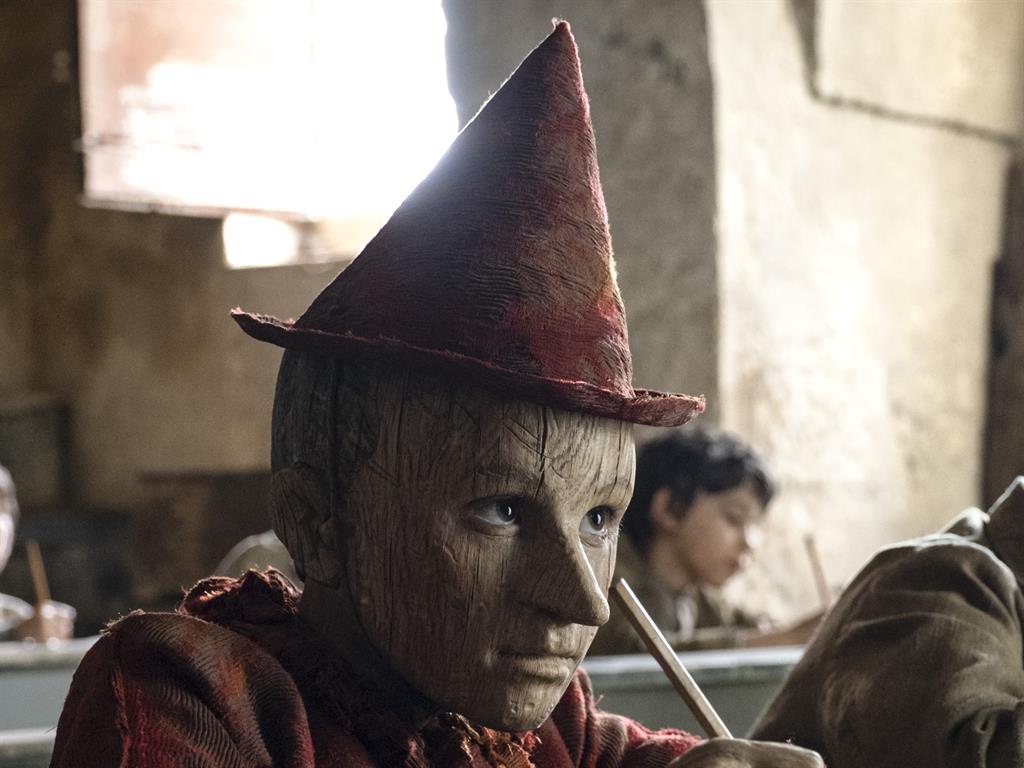 The perpetrators say: ‘We’ll come back and you’ll be dead… then we’ll take the gold pieces you have hidden under your tongue.’

■ Pinocchio is in cinemas from Friday