‘I DON’T like Halloween,’ announces Rebecca Ferguson. It’s not what you expect from the chief villainess in the sequel to The Shining, known as the scariest movie of all time. ‘I don’t like the whole walking-in-scary-houses thing. But I can dress up and have fun. I love that, it’s for the kids.’ Who will she dress up as this year, then? ‘Rose The Hat. Any chance to wear cool dreadlocks and a top hat.’

The actress is referring to her character in Doctor Sleep. Rose The Hat is a semi-immortal bohemian who lures children to their deaths by feeding off their psychic essence, thus extending her own life and those of her travelling crew. Not a nice lady — but, as ever, Ferguson found something to love.

‘I loved the way she looked,’ she says. ‘I loved the hair. It’s also creating a character. It’s all about layers and the onion peel.’

Ferguson even worked with the hair and make-up team to secretly incorporate those layers into her extensions.

‘Every person she has killed, she takes a little memory from them and puts them in her hair,’ she says, ‘so her hair is covered with little mementoes from her victims. It’s creepy but also so much fun for me. No one else knows it — well, they do now.’

The actress also enjoyed the contradictions of this most unusual baddie. ‘I love the idea that she is such a tormented horror of a character and yet all she wants is to be maternal and love her gang,’ she says. ‘What we do when we feed and take care of our children is exactly what she’s doing.’

However you look at it, Rose is more of a threat to children than a demented Jack Torrance, who was portrayed by Jack Nicholson in The Shining in 1980 and whose grown-up son Danny (Ewan McGregor) picks up Rose’s psychic scent in Doctor Sleep. Is Ferguson a fan of The Shining?

‘I hadn’t really watched it since I was 15 — I think I was so terrified — but doing research I did,’ she says. ‘Stanley Kubrick made the most beautifully nervy film. But I’m a fan of Stephen King’s writing, he is phenomenal. I just wasn’t a fan of watching horror films. I can read it, though, because I can put the book down.’

All this gives the impression 36-year-old Ferguson likes to be in control. Her answers are articulate and confident, and Doctor Sleep is one of the few scripts she didn’t send back with notes.

She speaks in slightly accented cut-glass English that suggests a life of privilege. The actress grew up in Stockholm with an English mother and a Swedish father, and played an upper-class character in Swedish soap Nya Tider. She proved her versatility as an actress by starring in The White Queen before hitting pay dirt as Ilsa Faust in the Mission: Impossible series. 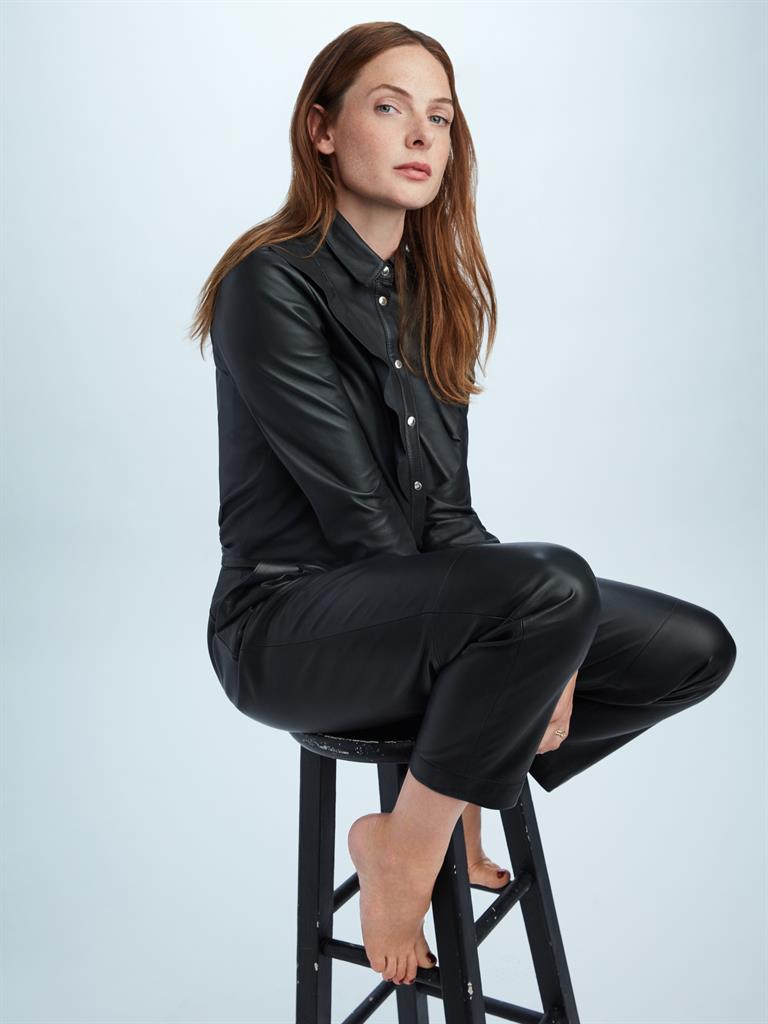 Ferguson often changes her look in films. You may not recognise her from The Girl On The Train or Florence Foster Jenkins, meaning she can often go around unrecognised — even when taking the London Tube with Tom Cruise.

‘I did take him on the Underground once — it was one of the coolest experiences I’ve done,’ she says. Was it mayhem? ‘Absolutely no issue. We got an Oyster card and off we went. I don’t think people expected to see him. Then we did a swap somewhere to where we were going and someone recognised him, and within seconds there was a crowd. No one recognised me next to him — I was the one taking pictures of him with everyone.’

Ferguson will soon reunite with her Greatest Showman co-star Hugh Jackman for the film Reminiscence, from American director Lisa Joy.

‘I love Hugh,’ she says. ‘We play backgammon.’ Who wins? For once she hesitates. ‘He’s very good. Annoyingly good. Lucky with the die.’ I bet she is too, I suggest. ‘Yes, I am,’ she says but it’s matter-of-fact, not a boast.

The actress will celebrate Halloween with her two children and husband Rory.

‘My daughter is a year and a half and will be a big pumpkin or something,’ she says. ‘My son Isaac, I let him roll with it. For Halloween last year, he was lying on the ground to our house. He was playing dead and as soon as people came, he’d jump up and startle them. Children would cry.’

She sounds regretful but slightly proud. Will Rose The Hat costumes will be in vogue for Halloween 2020? ‘That or Maleficent,’ she says dryly. ‘Me or Angelina Jolie. We’ll see which one.’

Ferguson on adapting the book 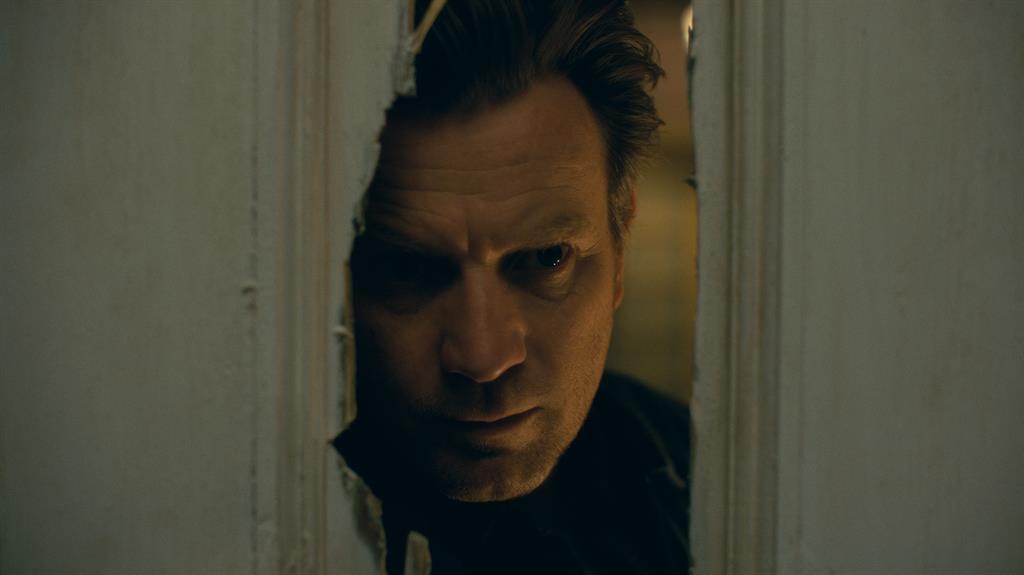 ‘There are some bits from the book that wouldn’t work in the film because Rose The Hat has a massive tooth that comes out when she’s inhaling steam. And in the book she and her family walked around in pink onesies. They were described as “semi-overweight caravan travellers who always take long to order in McDonald’s”. 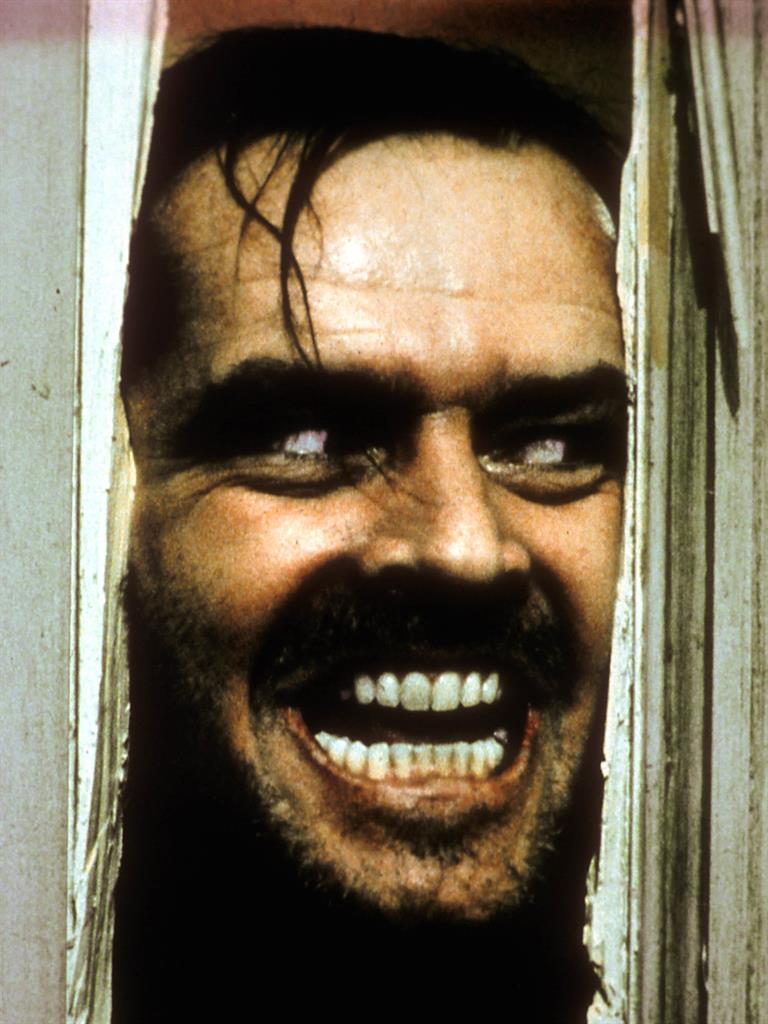 ‘We did glam it up a bit — we made it more hippy. I like the contrast of modern recreational vehicles and the bohemian. I was thinking: “Who would you be if you’d been alive for centuries? What has travelled with you? What’s important?” It’s comfort. You don’t need much, really.’ 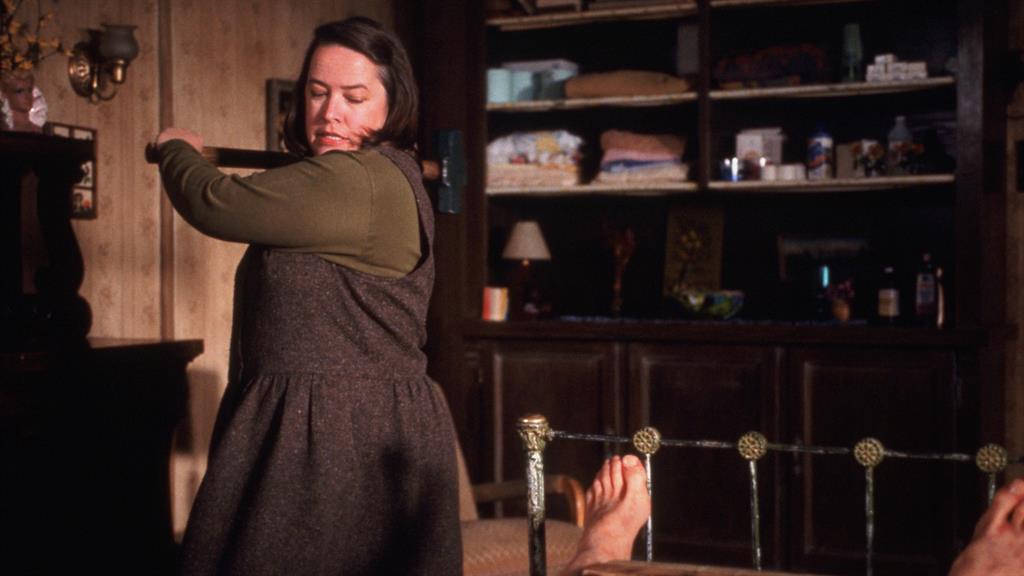 It’s hammer time! Kathy Bates won the best actress Oscar as the ‘number one fan’ you don’t want to cross.

Lady in the bathtub in The Shining, aka Billie Gibson 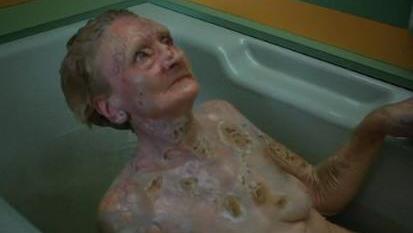 She looks like a hottie but she’s nottie. A cautionary tale for those who stay in the bath for too long. 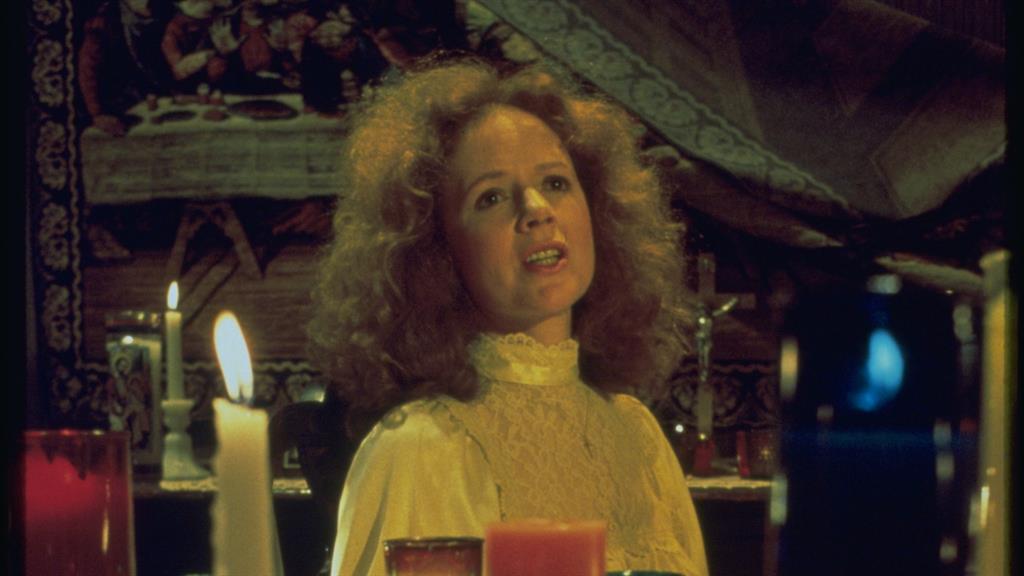 That prom-night bucket of pig’s blood is one thing but Carrie’s worst trial is her religious zealot mother.

Christine in Christine, aka a car 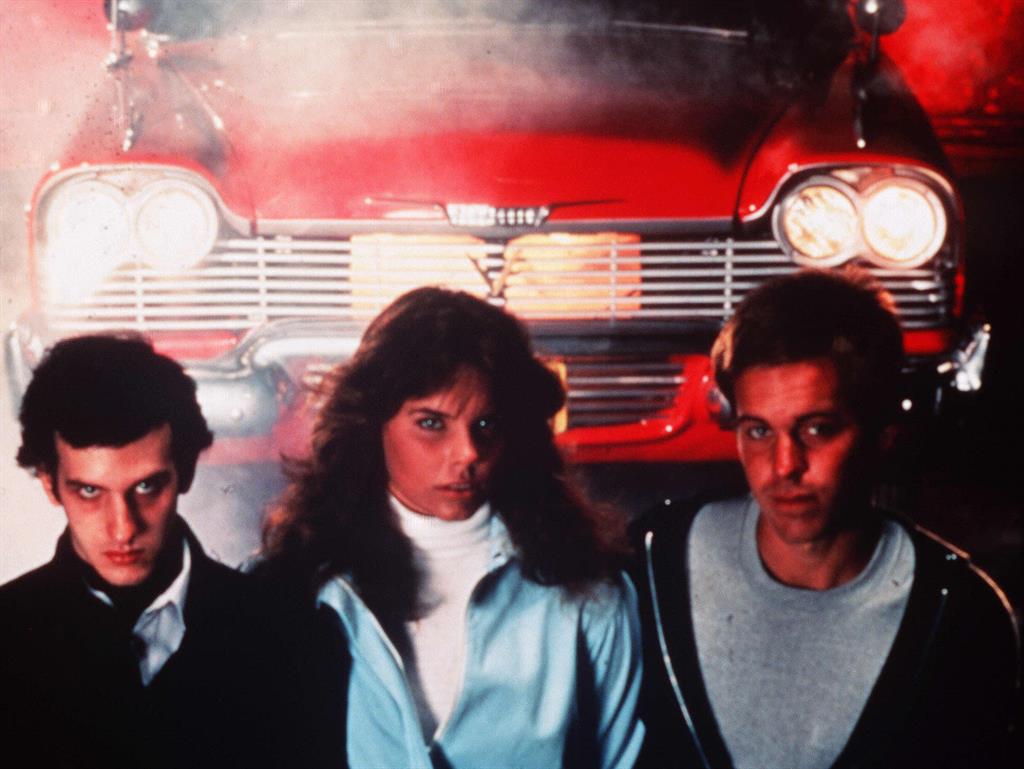 A teenager buys a 1958 Plymouth Fury only to find she’s a murderously jealous full-throttle baddie.

The little girl in Firestarter, aka Drew Barrymore 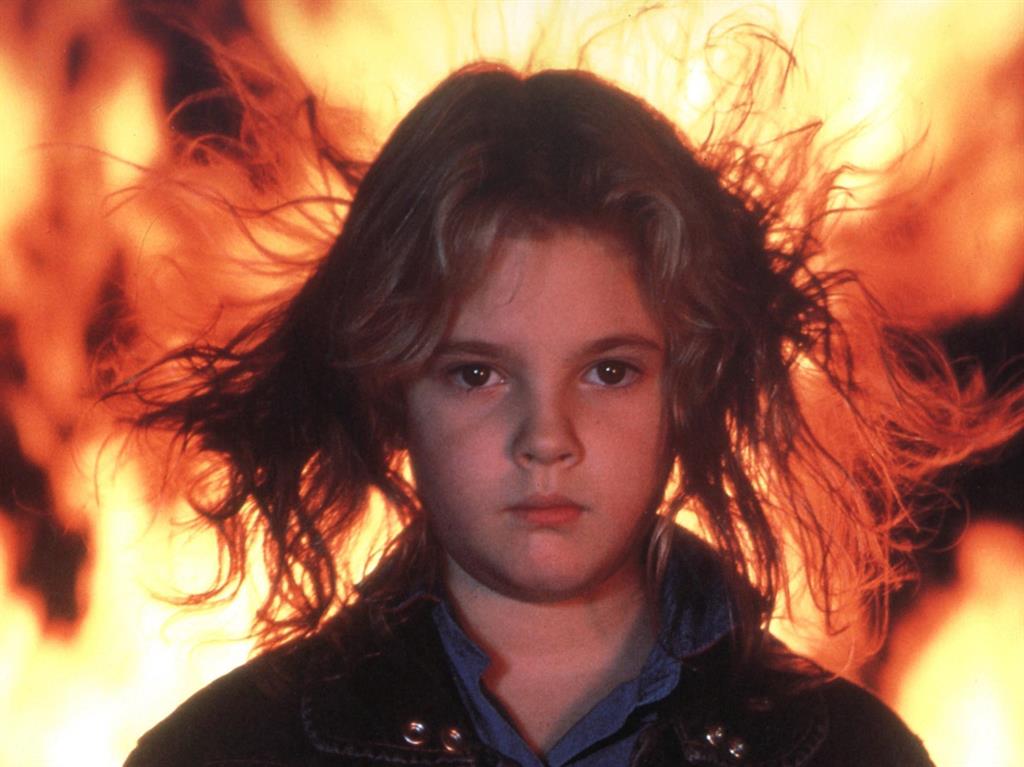 Barrymore’s first starring role after ET was as a girl who possesses the power of pyrokinesis — and a temper.

■ Doctor Sleep is in cinemas from tomorrow