THE man sitting beside me at a noisy bar in Cannes is not only one of Hollywood’s hottest stars but also one of its most unlikely. It’s nothing to do with a lack of wattage, as it’s easy to see why the camera is drawn to Adam Driver, clad as he is in dark denim and intriguingly tall, distinct and awkward-looking, with a broad nose and intense dark brown eyes.

He’s unlikely because, amid the notoriously fickle world of Hollywood, he’s incredibly loyal. He stuck with Martin Scorsese: ‘He tried to make Silence for 20 years. Even when we went to go make it, we had to delay six months,’ he says. He stuck (for almost seven years) with the musical Annette, which he’s just shot with Marion Cotillard. And he also stuck with Terry Gilliam’s infamous new film, The Man Who Killed Don Quixote — a release that epitomises the phrase ‘development hell’. The project was 25 years in the making, suffering a series of setbacks along the way.

‘We had a celebration when we passed the first week [of the shoot]!’ laughs Driver, who found fame as Star Wars’ Kylo Ren and acclaim in his Oscar-nominated turn in Marriage Story. ‘Even getting past the first week was a victory. Honestly, I think of every movie that’s being made as a little miracle.’

In the case of Quixote, a crazy comic odyssey inspired by the classic Cervantes novel, Driver encountered controlled chaos on the Spanish set.

‘Horses are facing the wrong way, sheep are moving about, there are seven languages on set — you have to come to set ready to go fast,’ he says. He got to ride motorbikes, which he loved, and donkeys, which he did not: ‘Donkeys are stubborn. Plus my feet barely hover above the ground.’

Driver plays Toby, a commercials director who winds up entangled with a Spanish cobbler (Jonathan Pryce) who believes he’s the chivalrous Quixote. Soon, Toby becomes like his faithful servant, Sancho Panza, with reality and fantasy colliding in that classic way of former Monty Python man Gilliam.

‘Any time I wasn’t clear about anything, it informed the character,’ says Driver, who just went with the flow. ‘He’s so desperately trying to have control of his situation.’

Raised in Indiana by his mother and Baptist minister stepfather, Driver started acting in high school but after 9/11 joined the Marines, an invaluable experience.

‘Working as a team was the biggest lesson I applied from being in the military to being on a film set,’ he says. ‘You have a role.’

His rise over the past decade has seen him work with everyone from Clint Eastwood (on J Edgar) to Steven Spielberg (Lincoln) to Spike Lee (BlackKklansman, which won him an Oscar nomination for best supporting actor). But Driver isn’t about to relax.

‘I feel pressure on every job — that it’s not going to work, that you’re going to be bad or it’s going to fail in some way,’ he says.

Even so, he clearly loves the danger of it all.

‘You’re more excited to work with people who’ve been trying to make [their film] for 20 years because they’re so tenacious… something interesting will come from it,’ he says.

Away from work, Driver strives to lead a low-key life in Brooklyn with actress wife Joanne Tucker.

‘I surround myself with people who are very grounded,’ he says. ‘My family keeps me grounded. But I definitely don’t have a good work-life balance. That’s something I don’t know if I’ll ever have.’

Here is a man who gives everything to his work — and it shows.

‘I don’t take it lightly that we made a movie,’ he says. ‘That’s insane. Why would you take that for granted?’

Decades in the making… 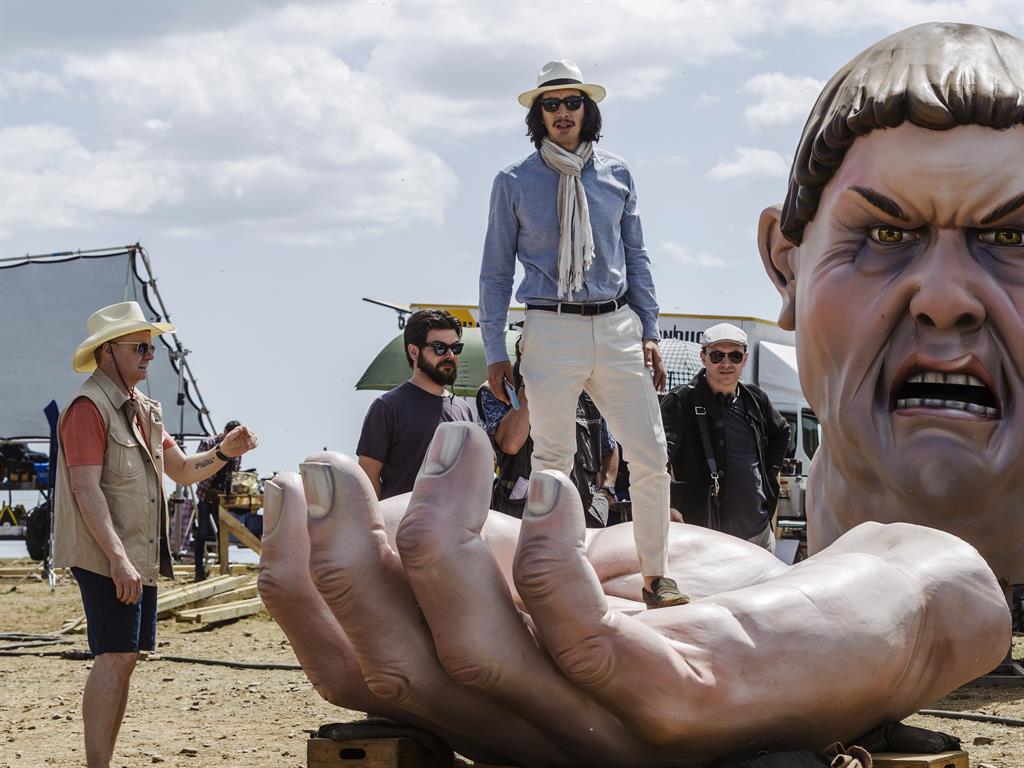 The Man Who Killed Don Quixote has been like an albatross around Terry Gilliam’s neck. Originally shot in 2000, the production ground to a halt when storms all but destroyed sets and equipment. This time, the gods were with Gilliam.

‘We were outside most of the time,’ he says, ‘but the weather held true for the whole film so I have to thank all of nature for the success of the film.’

Gilliam admits it was his own stubbornness that kept him going. ‘Tell me not to do something, I do it!’ he says. ‘I should thank all those people — reasonable people! — who said, “Stop! Do other things.”’

Above all, he’s relieved to have finally delivered his Quixote.

‘It’s a much, much better film than I planned to make 25 years ago,’ he says. 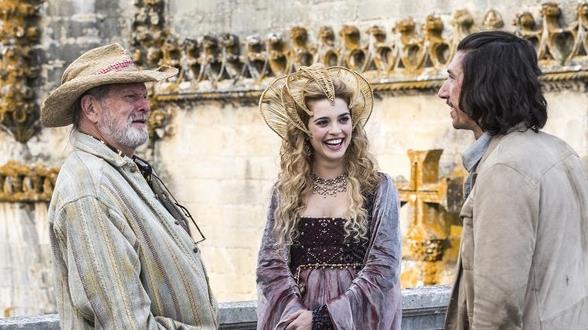 The role of Toby was originally meant for Johnny Depp but Gilliam’s daughter Amy tipped off her dad about Driver.

There was another thing, says Gillian: ‘Adam has a strange, interesting face.’

1990 Gilliam reads the book and has an idea for a film but it is more than 1,000 pages long. Producers want Sean Connery but Gilliam says, ‘He was earth while Quixote was air.’

2000 Shooting starts in Spain with Johnny Depp and Jean Rochefort. The latter develops a prostate problem and is unable to ride a horse. The location is by a Nato base so takes are ruined by the roar of jets. When the set is flooded, the insurance firm closes the film.

2002 Gilliam attempts to buy back the script from the insurance firm.

2014 John Hurt is announced as the star — shortly before the actor discovers he has pancreatic cancer.

2016 Michael Palin is cast as Quixote but producer Paulo Branco pulls the plug. Gilliam has a stroke.

2017 Gilliam is allowed to premiere his film at Cannes if he pays Branco £8,500 damages. He suffers a blocked artery but recovers to enjoy a ten-minute standing ovation.