WHEN the words ‘Jason Isaacs’ pop up on my phone, it strikes me how rarely a film star calls a journalist direct, never mind from their own number. But then Jason Isaacs is no ordinary film star. As famed for his honesty as his on-screen charisma, the actor doesn’t mind telling it how it is — even when it comes to admitting to letting his family down.

‘I was about to go on a long-planned family holiday we were all looking forward to, to Peru,’ he says, ‘but the script for Hotel Mumbai came in and I’m afraid I dropped the holiday. And they didn’t go.’

He says this matter-of-factly but it comes from a passionate place. His new film, Hotel Mumbai, is based on the true story of the terrorist siege of the Taj Palace Hotel in 2008 and tells a heartbreaking tale of heroism as staff battle to save guests.

Isaacs stars, alongside Dev Patel and Armie Hammer, as Vasili, a Russian businessman who is an amalgamation of real-life people who were staying in the hotel. It’s a harrowing watch, as he admits, before adding: ‘But this is an incredibly inspiring story. Because once the bullets started flying, all divisions — racial, economic, ethnic, religious — evaporated.’

What was his family’s conclusion once they saw what it was all for?

‘They did understand when they watched it,’ he says. ‘My kids said, “It’s the best thing you’ve ever been in.”’

And Isaacs has been in a lot: the Harry Potter franchise, TV’s Star Trek: Discovery, recent films such as The Death Of Stalin, Gore Verbinski’s A Cure For Wellness and The Infiltrator.

‘I’ve played quite a lot of people you wouldn’t want to bring home for dinner,’ he says, which leads us neatly to the oddball Dr Percy in esoteric series The OA. Its cancellation by Netflix after two seasons sparked flash-mob protests. ‘I can’t pretend not to be terribly sad — I know they worked all five series out,’ he says. ‘But I don’t know what Netflix need to build a subscriber base. I can’t criticise them because they commissioned it in the first place.’

Some of its fans confused fact with fiction. ‘Many people think I’m married to Brit Marling and are worried the cancellation will affect our marriage,’ he says. ‘Fans of The OA are not sure what reality we’re in. But in this reality the beautiful, marvellous Emma Hewitt and I have spent 32 years together, and Brit Marling has not crossed our front doorstep.’

Next Isaacs will immerse himself in the music industry. ‘I’m shooting Spinning Gold, a film about the birth of disco,’ he says. ‘I’m in Nick Moran’s biography about Alan McGee from Creation Records and next I’m in a film about the Happy Mondays. Jack O’Connell is playing Shaun Ryder and I’m playing his dad.’

He’s also voicing Dick Dastardly in new Scooby-Doo film Scoob!, a relief from the costumes. ‘You can have spots and pizza on your face and spinach in your teeth and it’s fine,’ he reveals. So what are some of his least fave uniforms? ‘The Star Trek costume,’ he says. ‘If you had a tomato pip for lunch, you looked pregnant.’

That says it all about Jason Isaacs: positive but hilariously honest. And his fulfilled career ambition? ‘Just to be less crap.’ Make that hilariously self-deprecating too.

Isaacs on the real-life heroes behind Hotel Mumbai 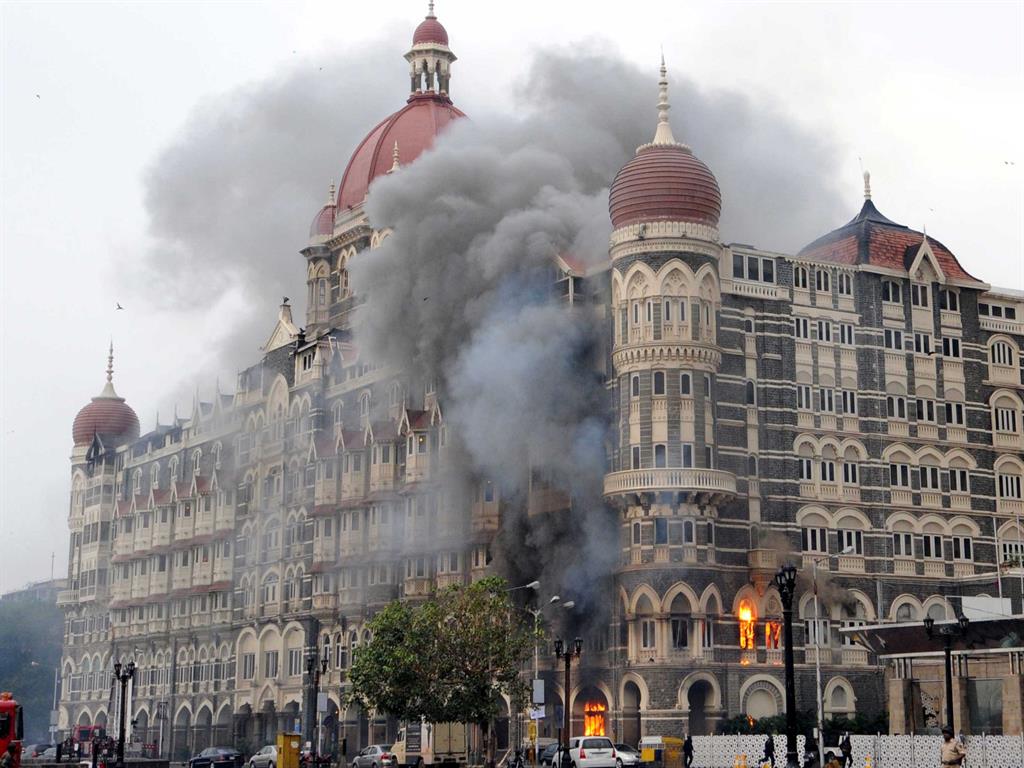 ‘In order to protect the identities most characters are amalgamations of people but there’s a very famous chef who came to a screening. You watched him glow with pride about the people working in his kitchen. In very challenging conditions, they saved billionaires and millionaires by doing things like sticking baking trays down their shirts as improvised bulletproof vests. They let them out of the hotel and then they came back in and got more and came back in and got more. In the end, today’s good human beings are capable of selflessness.’

■ Hotel Mumbai is in cinemas and on Sky Cinema from Friday