FRANCESCA ANNIS, proud grandmother of five, is perhaps an unlikely sex symbol to be hitting our screens in a drama filled with secrets, lies and betrayals. But as lonely widow and mother-of-three Vivien — who finds love again online with Mark (Stephen Rea) — she unleashes passion and even flashes a bare shoulder in one amorous scene. So does this make Annis, who has three adult children with her ex, Patrick Wiseman, an object of desire?

‘Well, I might be among the 60-80 year olds,’ she jokes. ‘But that’s okay, don’t knock it! It’s not perfect and that’s fine, which is very liberating. Because when you move from being an ingénue into I don’t know what later on, you wonder how you’re physically coming across.’

The answer, in Annis’ case, is very well. At 74, she’s playing a character of 70 in ITV’s Flesh And Blood, but she could easily pass as younger. While her character finds a new man online, I wonder if Annis herself is tempted to sign up?

‘Well, Vivien obviously did and I think there is probably quite a lot of that going on and it seems to be quite successful. I haven’t done it though — well not yet! Watch this space. I’m a private person so being on television, it’s not good for me to do. But I do know two or three people who’ve met online and settled down.

‘What I love about Vivien is that she isn’t at all apologetic about the fact it’s her time. Why should she be? She’s worked all her life and her children have benefited from that — they have to grow up and see their mother as Vivien, not just Mummy. The relationships are all very believable. I liked the idea of everyday life but with a script that’s a real page-turner.’

While Vivien has seemingly found her perfect partner, her adult children aren’t happy. It’s assumed from the start that something sinister has happened to Vivien, and as the story unfurls, your judgement is challenged as to who the villain might be. It’s a part Annis snapped up for various reasons.

‘Vivien has two girls and a boy, so no acting required there because that’s what I have,’ she says. ‘Also I’m not long back from South America and, like in the drama, I’m decluttering and asking the kids to take their things from my house — use it or lose it.’

Imelda Staunton, who’s 64, plays another lead character, the brilliant busybody neighbour — and the series is just the latest to green-light major roles for mature actors.

‘There was a time when I was offered so many scripts for ridiculous caricatures of crotchety old women,’ says Ennis, who once had an 11-year relationship with Ralph Fiennes, 17 years her junior. ‘But now there are many more things like this.’ 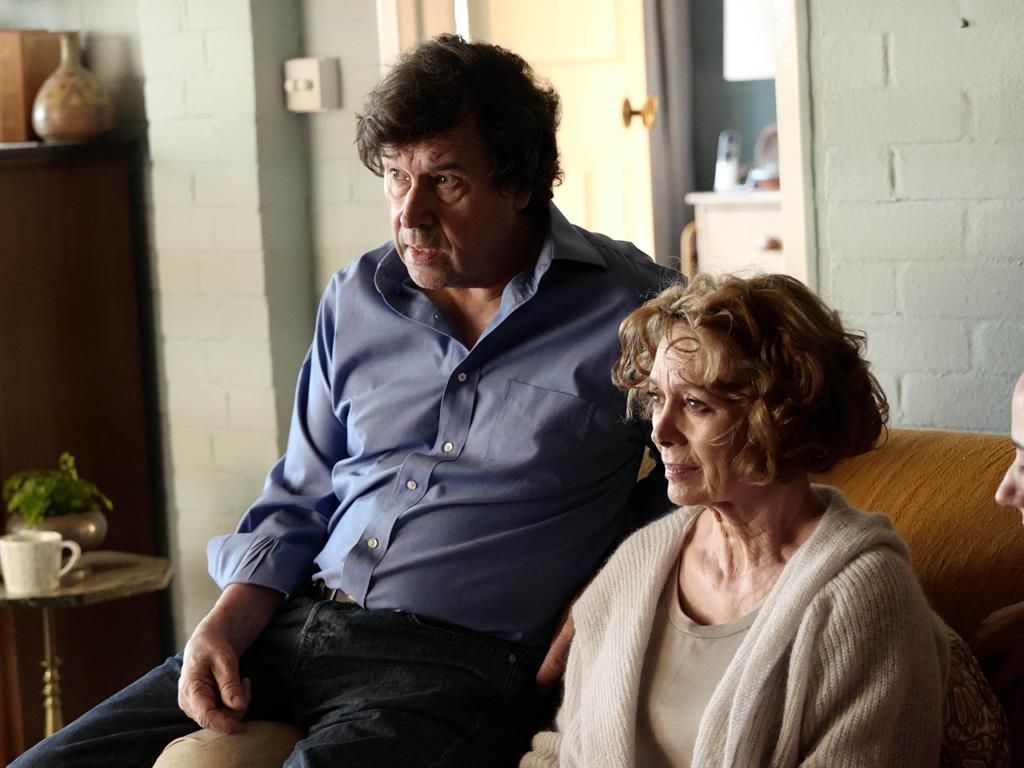 To keep in shape during the shoot around Eastbourne in East Sussex, Annis jogged along Pevensey Bay.

‘It was sunny for the whole three weeks of filming so it was like being on a working holiday! she smiles. ‘I do a lot of Bikram yoga and aerobics classes. I was a dancer originally, so I’ve done exercise all my life.’

For some of the filming, Annis moved to Eastbourne’s Grand Hotel, where in a strange parallel her mother once stayed. ‘I have photos of her in 1919 when she was eight. Then in 2019, I was staying there myself and I was constantly moved by that. The sad thing was I never had a photograph taken of me there. I was so in the moment that I didn’t think about it.’

Which is a clear indication of just how gripping Flesh And Blood is.

Annis on lessons learnt from Elizabeth Taylor on Cleopatra

At the age of just 16, Annis was plucked from obscurity to play Elizabeth Taylor’s handmaiden in the 1963 film Cleopatra 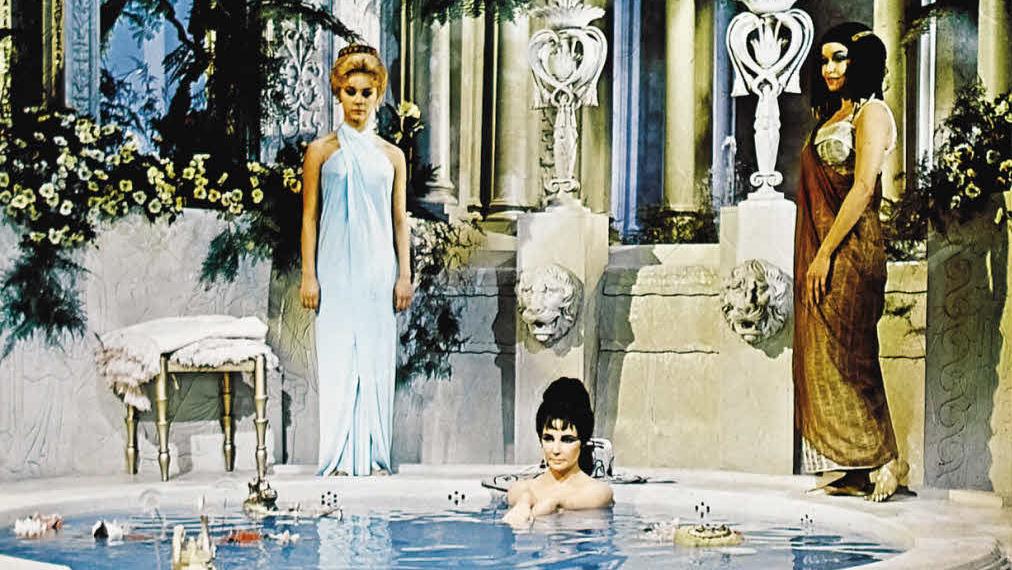 ‘Elizabeth showed me that work is just a part of your life. I spent most of a year in Italy staying in the same hotel as her. She always had her children with her and when we weren’t on the set we were around the pool. It felt completely normal.

She wasn’t deeply neurotic, at least not when I worked with her — she may have had her drinking moments with Richard Burton later but I don’t know anything about that. She was such a natural beauty; she’d spend time in make-up but didn’t wonder how she looked all the time. I’ve worked with a few actresses who do. And I learnt a lot from her about not being intimidated by the system, which held me in very good stead.

Working with Elizabeth made me feel I could be my own person and if I didn’t approve or like something that was happening in a company then I didn’t have to put up with it. I wasn’t afraid of losing the job. I think I put out that ‘don’t mess with me’ vibe. I’m not saying no one ever made a pass at me or asked me to get naked in scenes I didn’t want to do, but I felt in control of myself without feeling intimidated.’

■ Flesh And Blood starts on Monday at 9pm on ITV, then nightly to Thursday