BEANIE FELDSTEIN is fast becoming Hollywood royalty. She grew up in LA and is following in the footsteps of her brother, Jonah Hill, with films like Booksmart and Lady Bird. But she was more than happy to hit Wolverhampton to play cheerful teen rebel Johanna in her new film, How To Build A Girl, based on Caitlin Moran’s novel. ‘My love of Wolverhampton is so real and so deep,’ Beanie tells us. But how does Wolves compare with Hollywood?

How would people greet you in Wolverhampton?

How do the teenagers compare with those in Hollywood?

They are similar in so many ways — that feeling of being stuck and wanting more is universal. I grew up in the Culver City area of Los Angeles and I felt like you feel anywhere growing up.

Your on-screen family is very close. Was that similar to your real family?

I’m the youngest so it was fun to be in the middle in this movie. Johanna’s family has this genuine, unrelenting love and I was really lucky to grow up in a house that had the same thing.

How would you say the fashions compare?

The store I worked in had 25 local female artists working together, and they were all incredibly creative and exciting in the way that they dressed. Some of them were like Johanna and they have really fun hair.

So if you dressed like Johanna, wearing top hats and hot pants, where would you get stared at more?

Which do you find more romantic?

The answer would be Wolverhampton — immersing myself somewhere I had never been before was really daunting but thrilling. 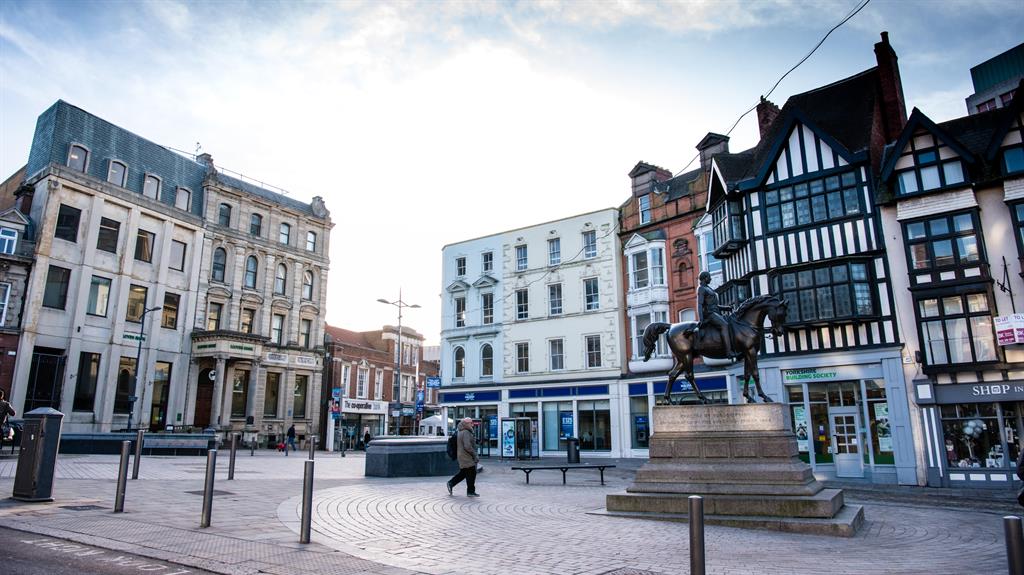 THE range of accents across the UK often comes as a surprise to Americans working in the UK — and Feldstein was no exception. It made perfecting her Wolverhampton accent all the trickier.

‘As an American, I know four to five British accents, but I definitely did not understand the true complexity of the plethora of British accents,’ she says. ‘I grew up in Los Angeles and if I drove eight hours to San Francisco, a few phrases or things would change but I don’t think there would be different vowel sounds in the way that when you drive ten minutes between Wolverhampton and Dudley, you have a completely different accent.’

And the one word which helped her lock into those dulcet Black Country tones?

■ How To Build A Girl is on Amazon Prime Video now