THE Commons will sit on a Saturday for the first time since the Falklands War after a crunch Brexit summit.

Boris Johnson is expected to tell MPs on October 19 if he has secured a deal following a meeting of EU leaders two days earlier.

Parliament has only met on a Saturday four times since 1939 — the first on the eve of World War II.

It will coincide with a march by the People’s Vote campaign, which is expected to bring thousands of people to central London. 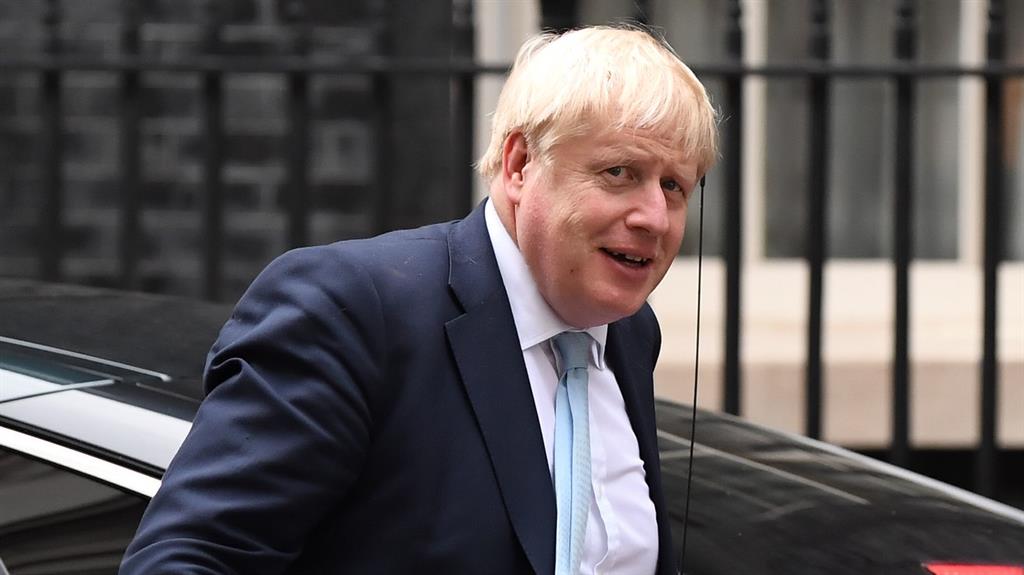 The prime minister (above) tweeted yesterday he was still ‘cautiously optimistic’, despite EU officials calling his Brexit plan ‘a disaster’.

He told MEPs: ‘All those who are not playing his game are traitors, or collaborators, or surrenderers. The real traitor is he or she who would risk bringing disaster upon his country, its economy, its citizens by pushing Britain out of the EU. That is, in my opinion, a traitor.’

An EU proposal that Northern Ireland stay both in the single market and customs union with an escape clause in 2025, if Sinn Fein and the DUP agreed, was quickly shot down by both parties. The DUP’s Sammy Wilson called it a ‘non-runner’ and Sinn Fein’s Michelle O’Neill insisted: ‘It’s never going to happen.’

Mr Johnson is due to meet Irish premier Leo Varadkar in ‘north-west England’ today, prompting speculation they were heading to Liverpool.

Mr Varadkar said there was still the chance of a deal but accused No.10 of pretending to offer concessions. ‘What the UK has done is repudiate the deal, and have sort of put half of that now back on the table and are saying, “That’s a concession.” And, of course, it isn’t really,’ he said.

Brexit secretary Stephen Barclay is also due to meet the EU’s chief negotiator, Michel Barnier, after talks between their teams were suspended. But Mr Barnier gave a damning account of the PM’s offer to MEPs and warned: ‘What we need is today, operational, legally-binding solutions.’

Meanwhile, Scottish judges have delayed ruling on whether to order Mr Johnson to comply with the Benn Act that requires him to ask the EU for a three-month Brexit extension if he has not secured a deal by October 19.

It came after Downing Street said it would comply with the law.

SNP MP Joanna Cherry, one of those who brought the case in the Court of Session, said by delaying its decision until October 21 the court was ‘holding a sword of Damocles’ over Mr Johnson.

Opposition MPs have pledged to back the prime minister’s call for a general election if he has sent the letter, but have still not agreed who would take his place if he were forced out through a vote of no confidence.

Labour leader Jeremy Corbyn will today slam the PM’s plan for a Queen’s Speech next Monday as a ‘cynical stunt’. He is expected to say: ‘Obey the law, take no deal off the table and then let’s have the election.

‘There’s only one reason it hasn’t happened yet — we can’t trust you.’

■ THOUSANDS of applications by European nationals asking for the right to remain in the UK after Brexit have been unsuccessful, figures suggest. The Home Office said just two applications to the EU Settlement Scheme have so far been refused on ‘suitability grounds’. But analysis by the PA news agency indicates around 7,600 applicants were not granted either permanent or temporary permission to live and work in the UK. Campaigners and immigration lawyers claim the publication of ‘select figures’ is ‘disingenuous’ and could give a ‘misleading’ impression that the scheme is successful.

■ BRUSSELS has warned Boris Johnson that Britain must pay into the EU budget until the end of next year, even if it leaves without a deal on October 31. EU budget commissioner Gunther Oettinger said the UK had fully signed up to the budget for 2020 — its final year of contributions — regardless of whether there is an agreement. Even if the UK refused to pay up immediately the EU would get the money ‘at a later stage’, Mr Oettinger said. But he added that he hoped that when the UK leaves ‘they will do so in an orderly fashion and will meet their rights and obligations,’ he told a news conference.

■ THE prime minister yesterday promised ‘moderate’ backbench Conservative MPs he will not campaign for a no-deal Brexit in a general election. Boris Johnson vowed the party would not shift from its official policy of wanting a deal when he met 80 ‘one nation’ MPs in Westminster. The group’s leader Damian Green said Mr Johnson ‘looked [him] in the eye’ as he made the pledge. ‘He has no intention of putting a no-deal policy in a manifesto,’ Mr Green said. However The Times reported a Downing Street source saying the PM could still end up backing a ‘straight no-deal’ if talks with Brussels fail.