WHEN Roni Size won the Mercury prize with debut album New Forms some 21 years ago, it set the tone for a whole genre of music. ‘I remember having conversations with promoters and DJs back in the day about how drum ’n’ bass could go and people would say “Nah, it’s rubbish,”’ Roni explains.

‘Now 20 or so years later it’s massive all over the world, with big acts commanding the stage.’

Together with his collective, Reprazent, he created a style that would go on to challenge — and change — British music for years to come.

‘It’s gone round in a big full circle now really,’ he says. ‘We used to try and make the music of the future, and now in 2018 people are trying to make music that sounds like it’s 1997.’ Roni has been a step ahead at every stage of his career, from those days of fusing drum ’n’ bass with jungle beats to experimenting with underground electronic music, making it into something that could be played by a live band.

Growing up in Bristol’s creative scene, he has always been keen to push the boundaries of each genre he’s worked in, refusing to accept any limits on the way he works.

He’s collaborated with some of the biggest names in hip-hop, experimented with rave and has a huge passion for reggae — a love passed down from his parents, who grew up in Jamaica.

And Roni, 48, has never been so in demand. Following a bumper 2016 in which he played everywhere from Glastonbury to Creamfields, last year he debuted his groundbreaking new audio-visual live show, combining state-of-the-art music production with 3D-effect projection mapping.

Having toured it across Europe, the US and Down Under, where will it take him next? ‘Hong Kong,’ he says. ‘I haven’t been in a while and I’m really looking forward to going again. It’s the only place I’ve been to in the world where you really feel a difference, the atmosphere is just the opposite of anywhere else. I can’t wait to go back.’

Tonight he is in Liverpool playing the Positive Vibration Festival Of Reggae, a celebration of reggae and its wider cultural influences.

‘The line-up is inspirational,’ says Roni. ‘I’ve never been on a bill of people who have had such a combined positive impact on reggae. This is a real reggae culture.

‘Obviously I’m looking forward to seeing Lee “Scratch” Perry, but I’m the kind of guy that goes to festivals who sees someone I’ve never seen before and be surprised how great they were and shout about them, especially with so many new people coming through.’

What can we look forward to from tonight’s show? He smiles. ‘I’m looking forward to getting into my archives and also bringing out some fresh music that I’ve been making in the studio — and playing music that really suits the occasion.’ 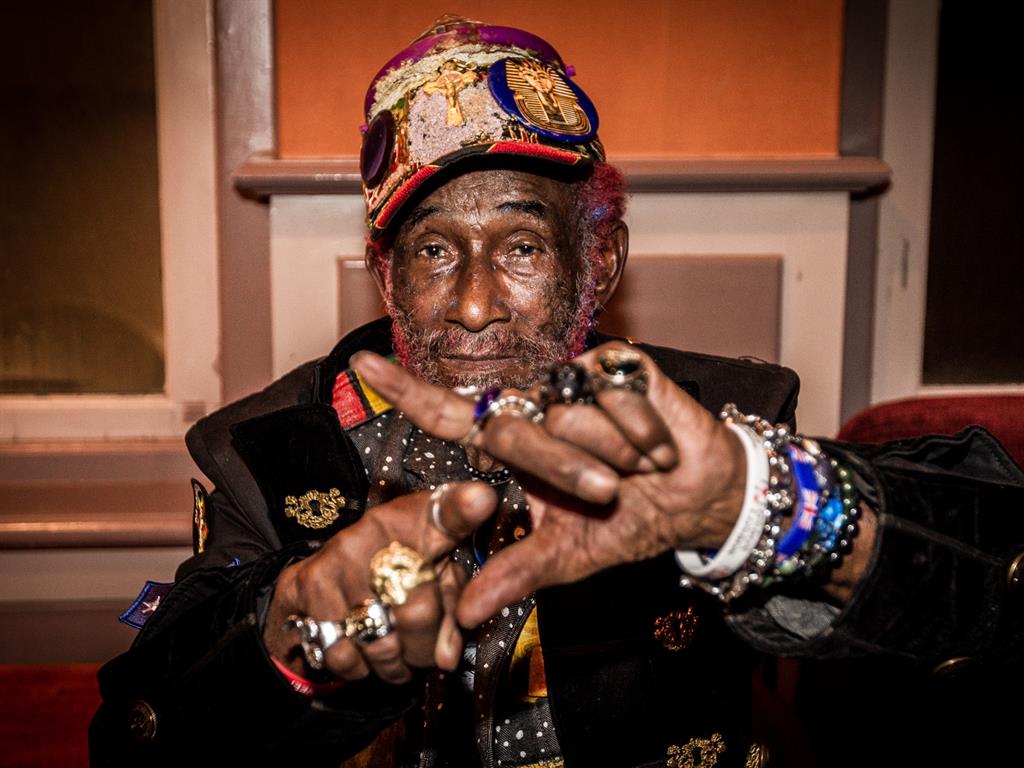 Positive Vibration Festival Of Reggae returns to Liverpool this weekend. Hosted at venues across the Baltic Triangle, there will be headline performances from the likes of Lee ‘Scratch’ Perry (pictured), Subatomic Sound System, Roni Size, King Lorenzo and The Upper Cut Band.

There’s also the Reggae Q&A, a panel discussion that focuses on the impact of reggae on British music, culture and society, with Blacker Dread, Carroll Thompson, Dr William ‘Lez’ Henry and John Robb.