RELAXED Robert Pattinson and Suki Waterhouse seem quite content after the ‘réalisation’ that they will be spending a lot more time together thanks to movie delays.

Their relationship is clearly still smoking hot as Baby Driver star Suki, 28, flashed a rock on her engagement finger while puffing on a vape during their stroll in west London. 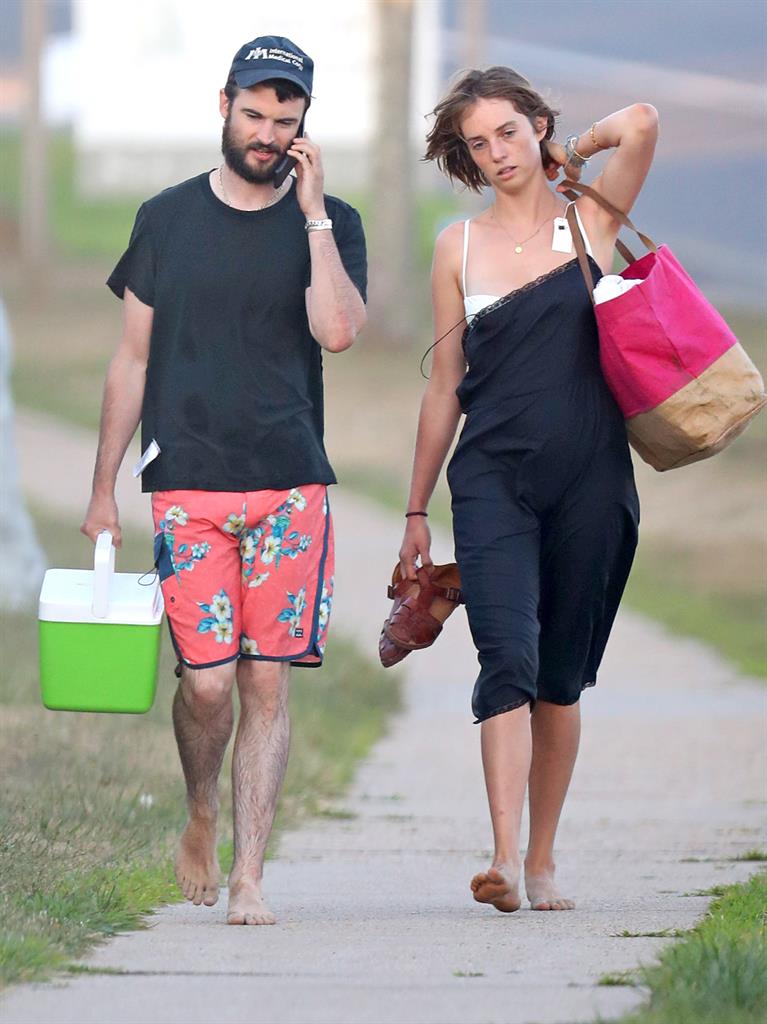 R-Patz’s £150million Christopher Nolan blockbuster Tenet, due out this summer, has reportedly been pushed back indefinitely, as has filming on the 34-year-old Twilight star’s debut as The Batman.

The British actor had a beach day in The Hamptons with Maya Hawke — 22-year-old daughter of Uma Thurman and Ethan Hawke — who has hit the big time in Stranger Things.