ROBBIE WILLIAMS said he was threatened with being beheaded while working for a charity in Haiti following the 2010 earthquake.

The singer, 46, was with wife Ayda Field when he says they were threatened.

Speaking on Ayda’s Postcards from the Edge podcast, Robbie said: ‘I got threatened to be beheaded in Haiti. We were going out there to help.’

Ayda, who has four children with Robbie, added: ‘I was with you, I too was being threatened to be beheaded as well.’ 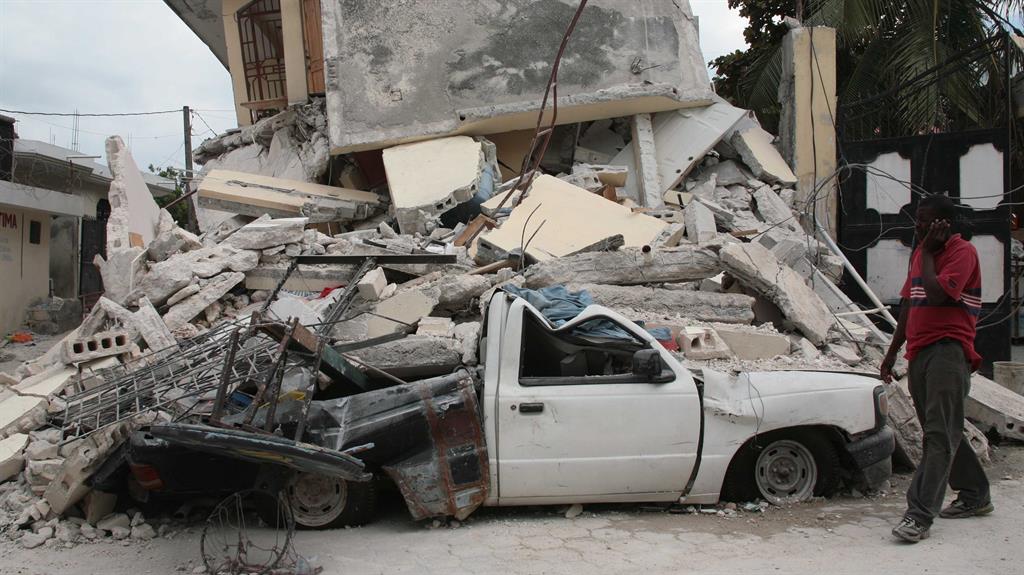 The couple flew to Haiti after the Caribbean country was devastated by a 7.0 magnitude earthquake a decade ago.

They were working with Unicef and Robbie spent two days in the port town of Jacmel, witnessing the chaos first-hand.

Speaking at the time, Williams told of the destruction he found on the island.

He said: ‘As we walked around Jacmel on the first day, it’s hard to explain in words the massive and devastating impact that the earthquake clearly had — it’s a whole different league from what I had imagined I would see.

‘It was almost unbelievable, like a movie set. Cars completely crushed — some still poking out from underneath the buildings that have fallen on top of them.’