RED BULL driver Daniel Ricciardo has admitted he does not expect to be challenging for the Formula One title this season.

The 27-year-old Australian, who finished third behind champion Nico Rosberg and runner-up Lewis Hamilton last year, believes Mercedes still hold the edge, with Ferrari not too far behind.

Ricciardo’s prediction ahead of his home race — Sunday’s season-opening Australian Grand Prix in Melbourne — will come as a blow to those who hoped the sweeping changes to Formula One’s technical rulebook over the winter would bring an end to Mercedes’ dominance.

Indeed former champions Red Bull, spearheaded by the technical mastermind of British designer Adrian Newey, had been tipped to lead the challenge to Hamilton’s all-conquering Mercedes team this year.

But Ricciardo believes Red Bull, winners of four consecutive titles between 2010 and 2013, will start the season half-a-second a lap adrift of their rivals.

‘Hopefully we are going to go well but it is hard to know,’ said Ricciardo. ‘Testing is never really a clear picture, but I expect Ferrari and Mercedes to be quick. 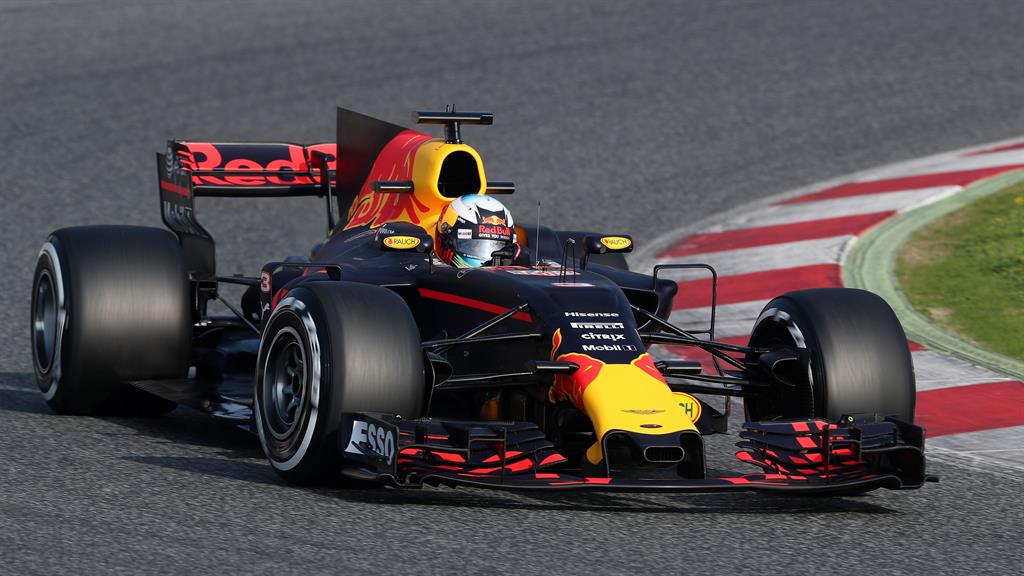 ‘Last year I did not win the title and I was still very happy. I got my first pole position, and I got back on the top step of the podium [in Malaysia]. If I perform at my best I will be happy this year and I will be very happy with the world title.

‘It is my target and aim to be world champion, and I will do what I can to make it happen this year, but I am not expecting it.’

Ricciardo forms one half of arguably the best driver line-up on the grid along with Dutch teenager Max Verstappen.

In stark contrast to Hamilton’s bitter rivalry with Rosberg at Mercedes over the past three years, the Red Bull duo appear to revel in each other’s company.

‘We obviously try and keep it as amicable and professional as possible,’ said Ricciardo, who joked that the pair may soon start sharing a bedroom at race weekends.

‘We both want to win and beat each other and there is no denying that. But at the same time we have got a team that is trying to build fast cars and they rely on us, not only to push the car but give feedback and push the technology of the car, too.

‘Two heads are better than one and we understand that we are only helping ourselves if we help each other because then the car is going to be faster and give us a better chance to win.’

Hamilton, who will start the season as the favourite to win what will be his fourth title, faces the media for the first time this week when he lines up in the official press conference at Albert Park in the early hours of tomorrow morning.