A FEMALE ruler, hounded by a neighbouring foreign power, surrounded by squabbling subordinates, her judgement compromised… When Handel wrote Berenice for Covent Garden in 1737, he cannot have imagined how on the nail it would seem in its first revival at the same house 282 years later. 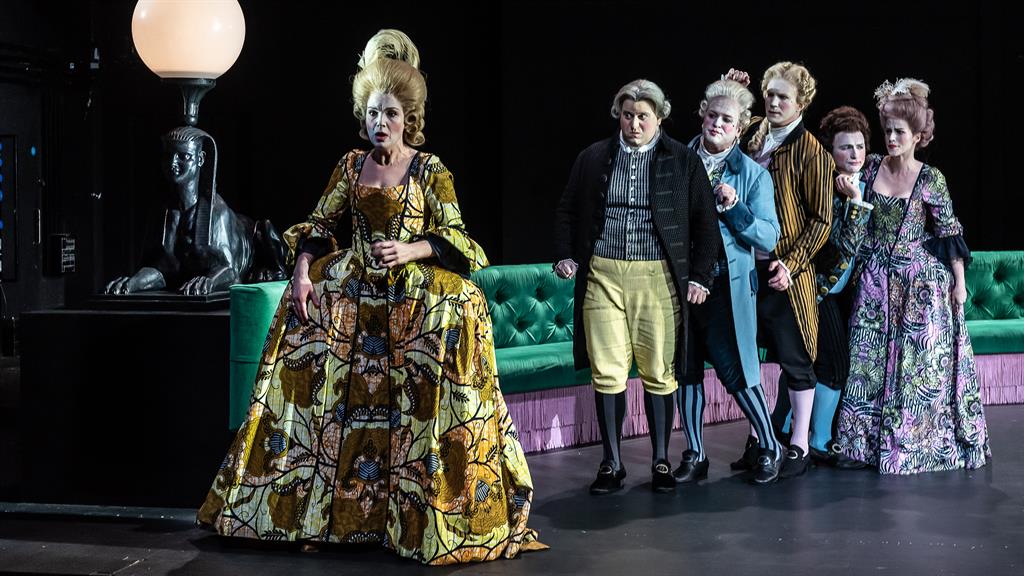 The plot mixes romance with the politics. Rome demands that the Egyptian Queen Berenice (Claire Booth) marry the Roman prince Alessandro (Jacquelyn Stucker) for dynastic reasons, but as she has the hots for the Macedonian prince Demetrio (James Laing), she tries to prevaricate. Unfortunately for her, Demetrio loves her sister Selene (Rachael Lloyd). With a handful of self-serving advisers around too, the scene is set for tale of political manoeuvring, broken promises, and discontented underlings. Sound familiar? 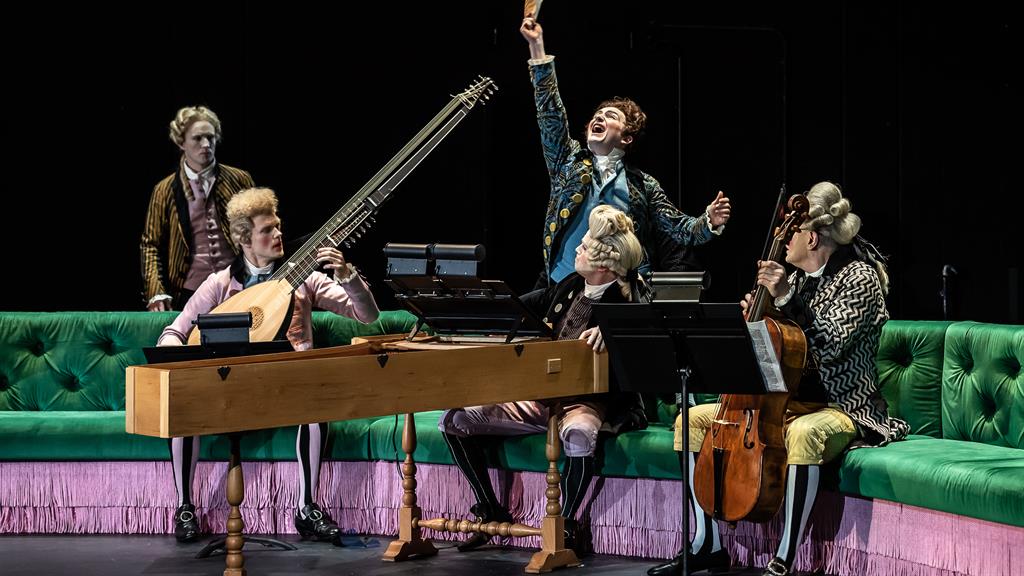 The music is top-notch Handel, showing him at his most exquisitely tuneful, and Susanna Howe’s English translation works a treat. Booth and Stucker give superstar performances: both are radiant of voice, and electrifying stage animals. There’s some fine, if less consistent, work from the rest of the cast, and director Adele Thomas creates a period-costume production of admirable energy and wit. Creating a gladiatorial space from one long, curved sofa, she focuses on the power dynamics of each scene with transparent clarity.

A bit more nuance might not have gone amiss, the diction could be improved, and one ultra-hyperactive arm-waving performer should have been reined in. But with some crisp, energetic conducting from Laurence Cummings, it mostly adds up to a real Handelian treat.