TO dream the impossible dream,’ sings Kelsey Grammer in Man Of La Mancha’s hit number at ENO. He’s talking about the beauty of unachievable goals, but he might as well have been referring to staging Mitch Leigh’s clunky 1965 meta-musical.

It becomes clear early on why London producers haven’t touched it since 1968.

The set-up has two framing devices. Author Miguel de Cervantes (Grammer), imprisoned by the Spanish Inquisition, performs a play for his fellow jailbirds. In this drama he becomes the elderly gentleman Alonso Quijano who, in yet another layer of irony, believes he is a knight-errant called Don Quixote.

Alonso’s family try to bring him back to reality, but he prefers to dream that good old Quixotic Impossible Dream. Hey baby, dig that groovy 1960s counterculture!

To be fair the hit number fully deserves its anthemic juggernaut status, and Leigh’s score is stuffed with some wonderfully catchy Spanish-style tunes. But the basic lack of conflict in the plot(s) and the outmoded sexual politics keep the drama static.

Lonny Price’s direction doesn’t always help. The framing stories are defined with exemplary clarity, but his decision to have the modern-dressed prisoners in a contemporary totalitarian jail, and Quixote himself in period costume, feels under explored. 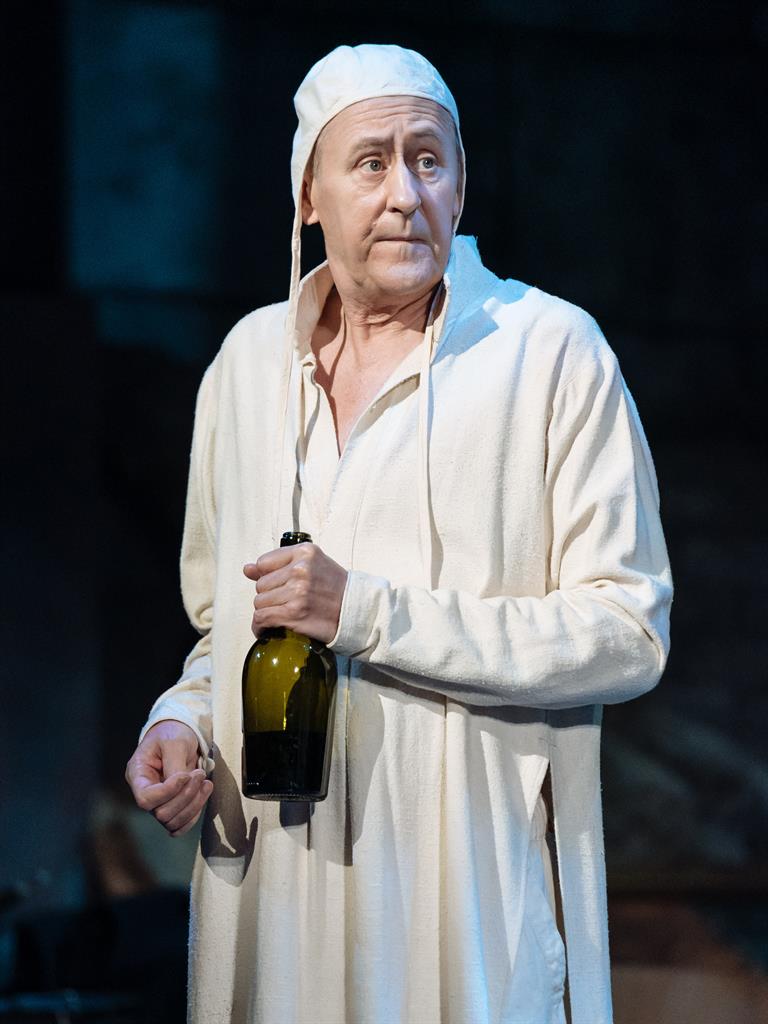 Grammer works hard, but doesn’t have the size or quality of voice that deserves a place in an opera company.

Reliable music-theatre maven Peter Polycarpou is delightful as trusty servant Sancho Panza, and terrific Nicholas Lyndhurst steals a scene as a drunken innkeeper. Conductor David White does excellent work in the pit too. But the rest? Impossible.