THERE are many things to enjoy in Collateral, David Hare’s new crime thriller. Nicola Walker as a lesbian vicar, John Simm as a disgruntled Labour MP, Billie Piper as a fabulously moody single mother. Best of all there’s Carey Mulligan, cast improbably as an inner city murder detective. It’s a flight of casting fancy that comes off brilliantly.

Mulligan brings a beguiling dry wit to the role of DI Kip Glasbie, a slight but steely character investigating the apparently straightforward murder of a pizza delivery driver. But it’s an investigation that sends shockwaves of suspicion shooting in all directions. Secrets soon come spilling out of the cracks in the pavement.

The idea of charting the inter-connectedness of apparently disparate events is hardly a new one (it memorably formed the spine of Oscar-winning movie Crash for one). But Hare has applied the template to modern Britain with admirable freshness: the way the murder spills messily over into a panoply of lives is skilfully done, a sharp reminder of the domino effect of all our actions. 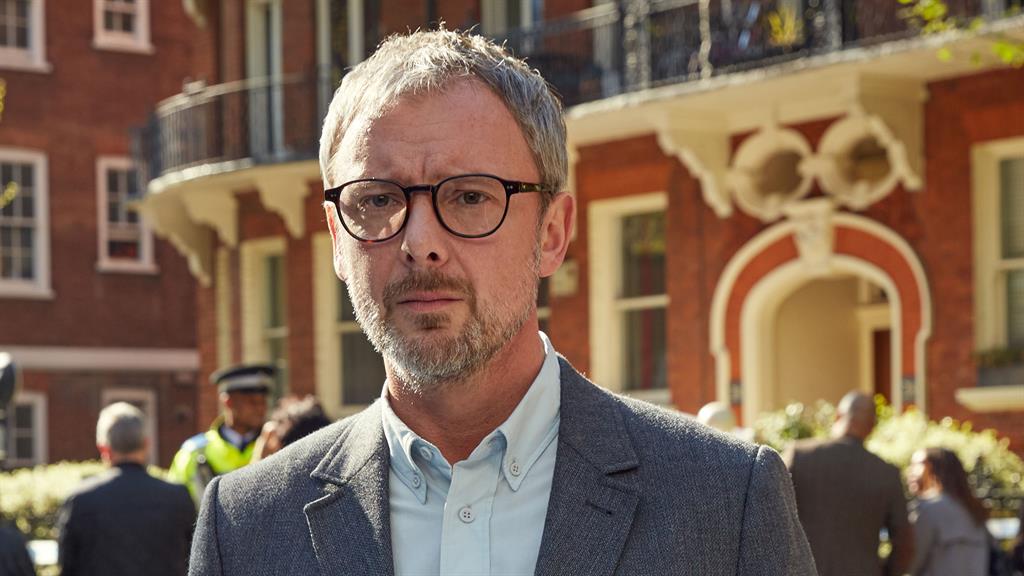 And with Mulligan’s Glasbie, he’s done the seemingly impossible and given us a breed of detective we’ve not seen before, no mean feat in a genre stuffed to its traumatised gills with mavericks, loners and every type of personality disorder across the spectrum.

Played with winning nonchalance by Mulligan, Glasbie is disarmingly distant and — for now at least — free of the clichéd dark back story.

There was one jarring note — passing reference to Glasbie’s past as a competitive pole vaulter. Carey Mulligan pole vaulting? I really, really hope that, down the line, the plot demands she vault over a five-metre wall to bag the baddie. That would get the full five stars.