MITCHELL and Webb are a funny kind of double act. In that they aren’t really an ‘act’ at all but, thanks to the classic that is Peep Show, their names — like Ant and Dec, Torvill and Dean — are eternally linked together.

It’s the chalk and cheese factor, which they played so cleverly in Peep Show, that works well now they’re back in, ahem, Back.

As sitcoms go, the ‘sit’ is quite complicated, so let’s call it a comedy drama. We watch as smarmy, scheming Andrew (Robert Webb, spinning a web of deceit) charms his way into the hearts of the foster family he lived with, briefly, as a child. Except he doesn’t quite manage to charm Stephen, the sad-sack son and aspiring head of the family business now that his dad has died. He suspects Andrew is a wrong ’un and he’d be right. 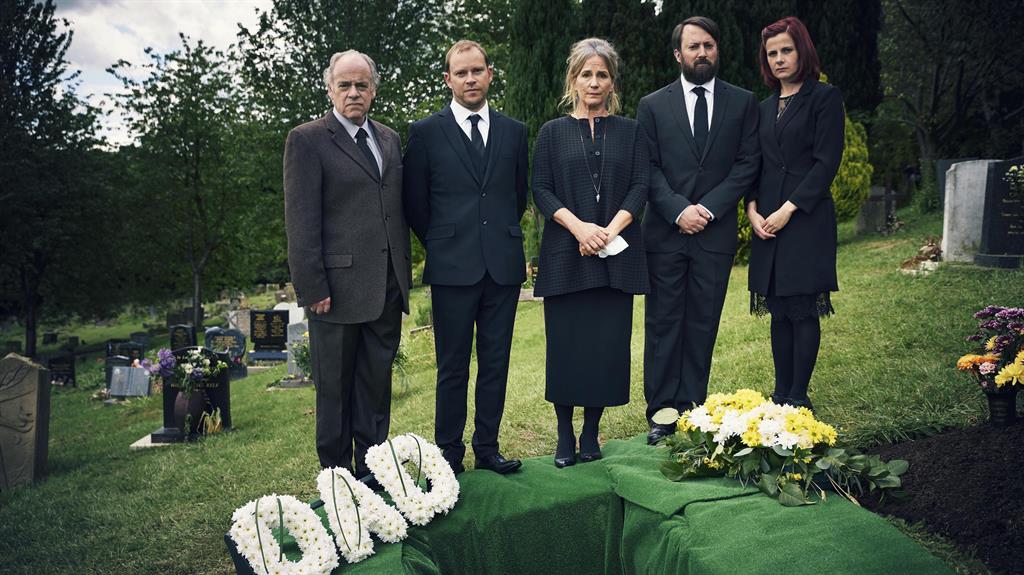 It’s a set-up perfectly designed to milk David Mitchell’s speciality — the outraged loser — to the max and it’s the scenes where Stephen is, at one point almost literally, swimming in the piss-poor job he’s made of his life that give Back its comic class.

Do we love Stephen and want him to foil the cynical cuckoo out to displace him or do we, like the rest of the characters, despise this spineless fool? Mitchell brilliantly wobbles on that tightrope, with Webb spot-on as his tormenter. In short, and you knew this was coming, it’s good to have them Back