HORRIFIC photos have revealed the victim of a ‘Reservoir Dogs’ style knife attack who almost died after a gang tried to take his ear as a trophy.

Andrew Taylor, 37, was out with his friend Rhys Pepper, 27, when the pair were confronted by a group of around 20 people.

They attacked Mr Taylor with a knife, leaving him covered in blood with a wound just millimetres away from his carotid artery.

WARNING: Some readers may find the photo below distressing

Mr Taylor says he doesn’t know why they were attacked, but said he thinks they wanted to take his ear as some kind of sick memento.

Mr Taylor, who required stitches following the attack outside The Red Lion in St Columb Major, Cornwall, said: ‘We just sat in the Red Lion pub and got a few drinks. No one was using the pool table so we played some pool. There were no problems right until about 11pm.

‘We let other people play, there were no altercations. Then it was time for the pub to close. As we walked to the entrance, everyone else had vacated. Then, someone rugby tackled Rhys from inside the pub, out into the car park, and then they all descended on him.

‘We reckon there were 15 to 20 people, it wasn’t just men, there were females there as well. I didn’t see any of this because I went to pick up my shopping. Then as I walked out the door, bang, someone tried to cut my ear off.

‘It just felt like a punch, it didn’t feel like a knife. He tried to chop my ear off.’

Mr Taylor, who managed to fend off his attackers before fleeing the pub, believes they may have been attacked because people thought they weren’t local. 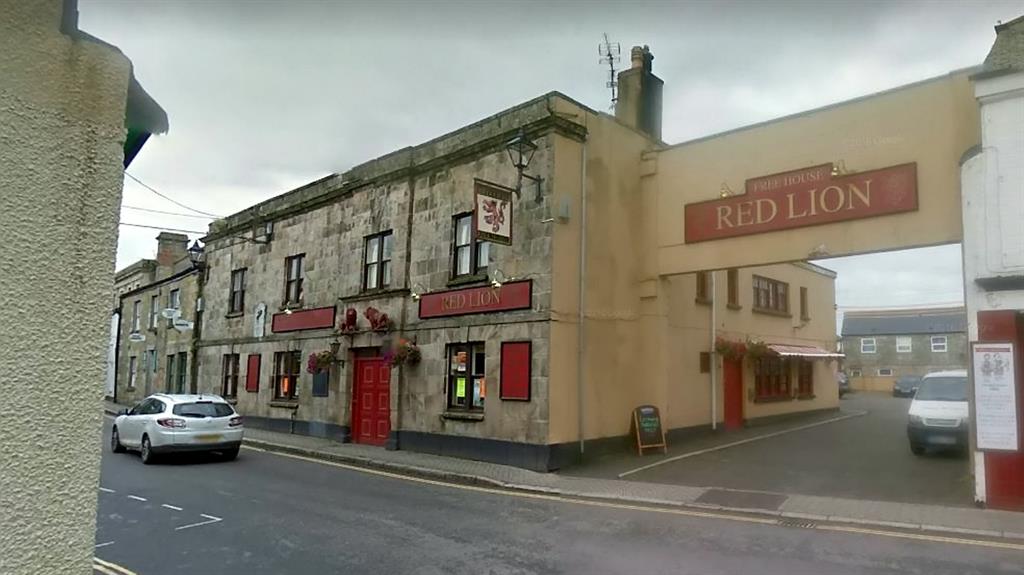 Of his injuries sustained, he said: ‘One wound was about 2cm away from the main artery, I was that close to dying. I think they wanted to cut my ear off as a trophy.

Mr Taylor recognised some of the attackers, and has given names to police, although he isn’t hopeful about getting justice, and now fears going into St Columb, where the family has lived for 15 years.

He said: ‘If nothing gets done, am I safe to go to the Co-op? After it happened I walked around St Columb, and I was looking at every person, wondering if I might be attacked. You just don’t know. They all know me, but I don’t know all of them. There were just too many.’

Police are appealing for witnesses to the incident, which happened on Saturday, February 23 between 11.30pm and 11.50pm.

Devon and Cornwall Police confirmed that investigations are continuing and that no arrests have been made at this time.