FAMILIES say they are being treated as second-class citizens after council workers resurfaced a posh adjoining street but ignored theirs.

Aldrich Road was once divided from newly resurfaced Wentworth Road by a spike-topped wall to keep tenants in council homes apart from wealthy residents on the other side.

The wall was torn down 60 years ago but the repairs now show exactly where it stood — with gleaming tarmac on one side and the other untouched. 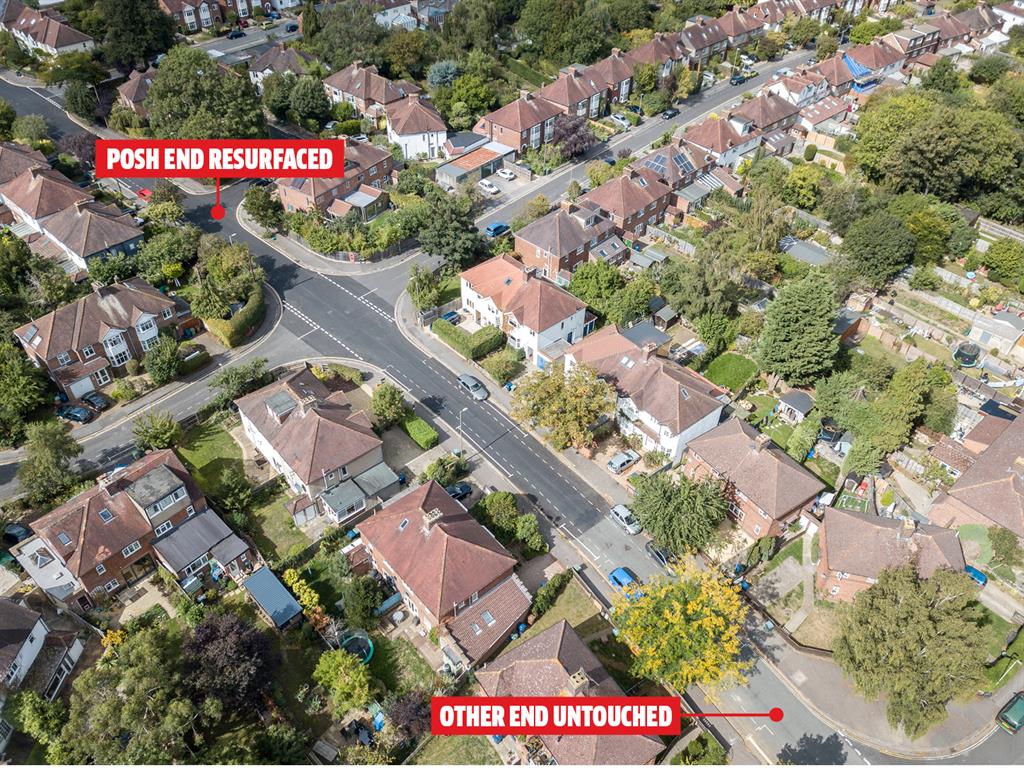 Somebody armed with a spray can has commented on the situation by writing ‘class war’ in blue paint at the border of the two streets. Naomi Langlass, who lives in Aldrich Road, said many residents were annoyed.

‘It was around April or May time that they decided the “middle class” side deserved to be resurfaced,’ she said. ‘So we waited patiently for our end to be resurfaced too and thought it was just taking time as they had run out of money or something.

‘But we soon realised it was just the one end they were doing — apparently we should put up with potholes and uneven surfacing.’ 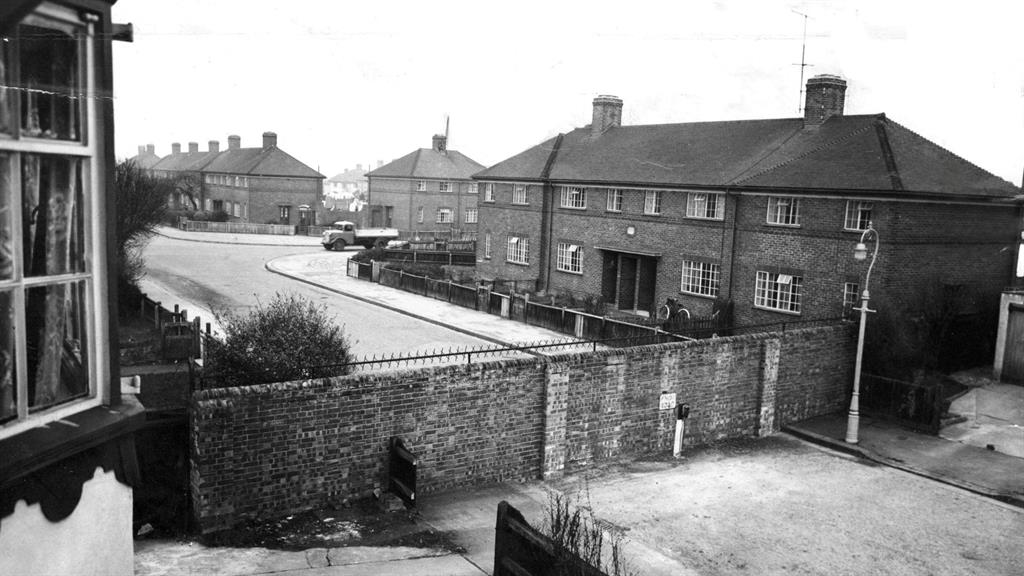 The two roads in Cutteslowe, Oxford, run straight into each other with no junction but retain the separate names that date back to when they were built in 1934. The dividing wall, put up by the developer of Wentworth Road, was removed in 1959 after a long dispute between him and the city council.

But mum-of-four Ms Langlass said: ‘We have not moved on at all — we now have a visual divide again. 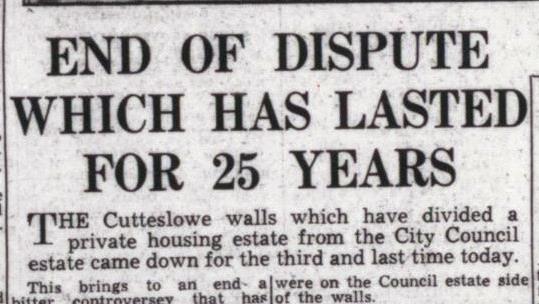 ‘The resurfacing is desperately needed on our end as well. It does make you feel second class and it is no longer a council estate, people have paid a lot of money for houses this end.’

The city council said the decision over repairs was ‘purely based on need’, adding: ‘The structural condition was far worse in Wentworth Road.’ It said Aldrich Road would be inspected to assess the need for pothole filling.