WHEN Renée Zellweger calls me late on a Friday night, I’m half expecting a cosy chinwag with Bridget Jones herself, Home Counties English accent and all. So it’s a total shock when the Chicago star speaks with an unmistakable Texan twang.

‘I ah-pol-ah-gise,’ she says, laughing from the outset. For such a petite person, Zellweger possesses a booming, Mr Loud laugh that literally sounds like ‘HA HA HA’. That said, she’s got every reason to feel on top of the world right now.

Ever since she turned up on the red carpet looking unrecognisable in 2014 (she’s denied having plastic surgery), the three-time Oscar nominee has kept a low public profile and hasn’t done much press at all since promoting Bridget Jones’s Baby in 2016. But is 2019 finally the start of a ‘Renéesance’?

‘Oh, I try not to have opinions about those things, HA HA HA,’ she laughs. ‘I am unaware of all that and I would have to make an opinion up for you right here on the spot, and that is never a good idea.’

You’ll have to wait until October to see Zellweger in Judy, a biopic of doomed Hollywood legend Judy Garland that’s got heavy Oscars buzz just from the trailer. First up, though, there’s What/If, a new Netflix series that casts Zellweger in her first lead TV role as Anne Montgomery, a fearsome multimillionaire Silicon Valley venture capitalist who could eat Bridget Jones for breakfast.

Prized for her vulnerability on screen, it’s rare for the Jerry Maguire actress to play a villain. What did she relish about Anne?

‘Because I would never [be horrible] but Anne would — and she is! HA HA HA,’ says Zellweger. ‘I mean it is so much fun to say the thing that you wish you could say but you know that you would never say. Anne is outrageous and audacious. Her presentation is contained but she is the biggest woman I have ever played.’

‘It was more specifically someone else,’ she replies. ‘When I met Mike [Kelley, What/If’s producer] he said, “Anne Bancroft as Mrs Robinson in The Graduate” and I was like, “Take me to wardrobe!”’

‘Mike told me to imagine that instead of spiralling into self-loathing and anger and alcoholism, she [Mrs Robinson] channelled that strength of longing into creating an empire that would allow her to manipulate her environment and the people around her instead of the converse. And I said, “Yes please!”’

Zellweger has channelled her own power in far more positive ways. In 2010, aged 41 and struggling to find decent roles, she quit Hollywood, saying she felt ‘depleted’. She spent much of the next six years travelling to Thailand and Cambodia, as well as working with a gender equality organisation in Liberia to empower and advocate for local women. Now 50, she’s returned to acting at a time when the Hollywood women are taking back their power. Does she consider herself a survivor?

‘Is Anne a survivor? Of course she is, absolutely,’ she says. ‘Do I see myself as a survivor? I don’t know. I don’t. Really. Aren’t we all?’ 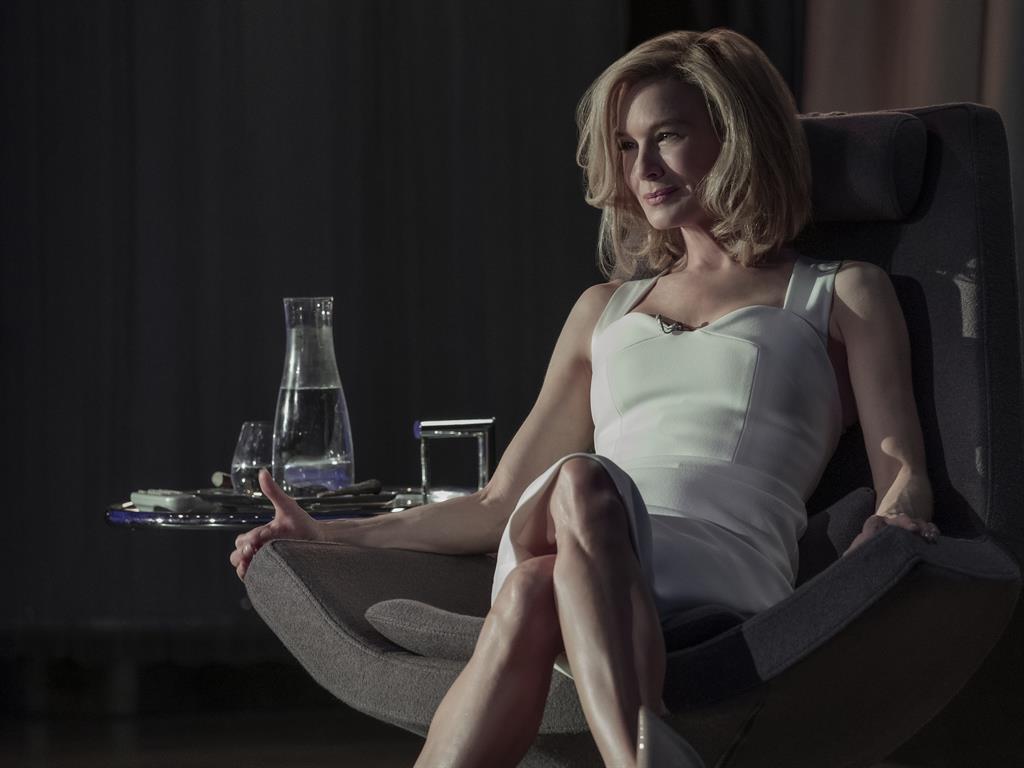 ‘It’s a story that explores what happens when acceptable people start doing unacceptable things. I’ve always loved those 1980s and 1990s thrillers like Fatal Attraction, Indecent Proposal and The Hand That Rocks The Cradle. And I really like it when average everyday people are kept relatable to you in heightened circumstances.

‘Quite frankly, I have some cheese running through my veins, so when I see somebody really going for it, like [directors] Adrian Lyne or Paul Verhoeven, you’ve got me. I miss that kind of entertainment and I wanted to make sure another generation had the opportunity to enjoy it.’