NEYMAR has accused Marseille defender Alvaro Gonzalez of racism after a stormy end to the Ligue 1 clash with Paris Saint-Germain saw five players shown the red card. PSG star Neymar, sent off after footage showed him punch Spaniard Gonzalaz on the back of the head, challenged French football chiefs to view VAR to determine the Marseille man’s role. PSG’s Leandro Paredes and Layvin Kurzawa, plus Marseille’s Jordan Amavi and Dario Benedetto were earlier sent off for an injury-time brawl as Marseille won 1-0. Neymar later went after Gonzalez on Twitter, posting: ‘You are not a man to assume your mistake, losing is part of the sport. Now insulting and bringing racism into our lives, no, I don’t agree. I DON’T RESPECT YOU! YOU HAVE NO CHARACTER!’ Earlier, Gonzalez, 30, had used the platform to deny racism. He wrote: ‘There is no place for racism. A clean career with many colleagues and friends on a daily basis. Sometimes you have to learn to lose and take it on the field. Incredible 3 points today.’

RYAN FREDERICKS insists West Ham can pick up points from their nightmare run of fixtures despite their woeful start to the season. After opening the campaign with a 2-0 home defeat to Newcastle, David Moyes’ side face Arsenal, Wolves, Leicester, Tottenham, Manchester City and Liverpool before October is out. But defender Fredericks said: ‘We did well against some of the top six and top eight teams last season and I’m sure we’ll do it again. It’s game one of a long season, so we’re not going to get too down.’

Palace a positive place for Mitchell

TYRICK MITCHELL will be hoping to continue to build on the promising start to his Crystal Palace career as he prepares to face Bournemouth in their Carabao Cup second-round tie tonight. ‘I feel every game I am getting more confident, more positive,’ said the left-back, 21. ‘I actually feel like part of the squad and it is a good feeling.’ 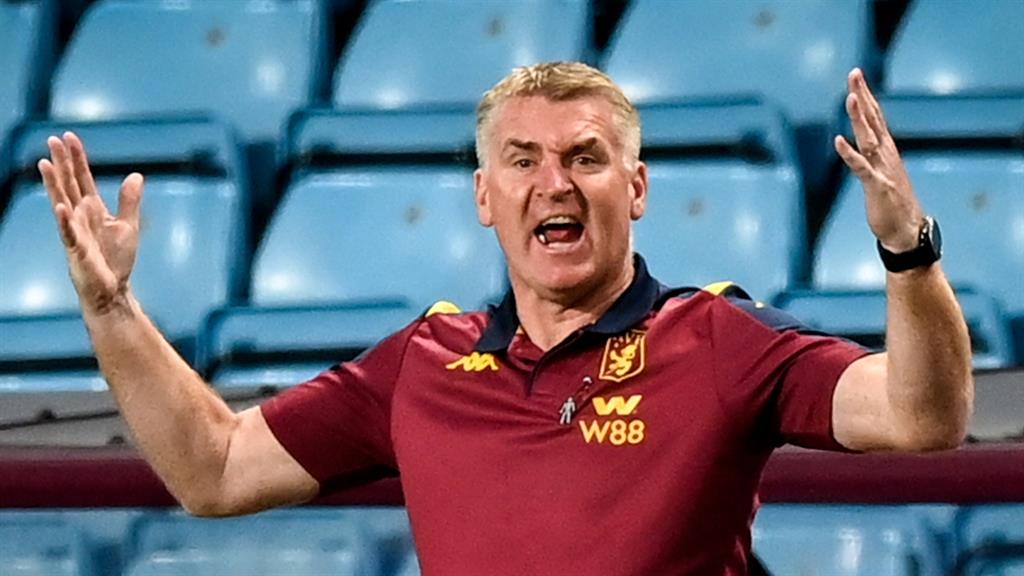 ‘It is our first game, so we want to make sure we get a really positive start… a good performance to take into the Sheffield United game.’ — Aston Villa boss Dean Smith (left), whose team kick off their season against League One Burton in the Carabao Cup tonight

25 — Days in charge of Gent for Laszlo Boloni, the Romanian coach who was sacked yesterday on the eve of the Belgian club’s Champions League qualifier with Rapid Vienna