AUSTRALIA’S Snowy Mountains region lived up to its name, as a polar blast saw parts of the country’s south-east plunge into sub-zero temperatures.

Towns west of Sydney in the Blue Mountains were also treated to a blizzard as a ‘strong cold front’ brought snow to regions in New South Wales (NSW) and Victoria. 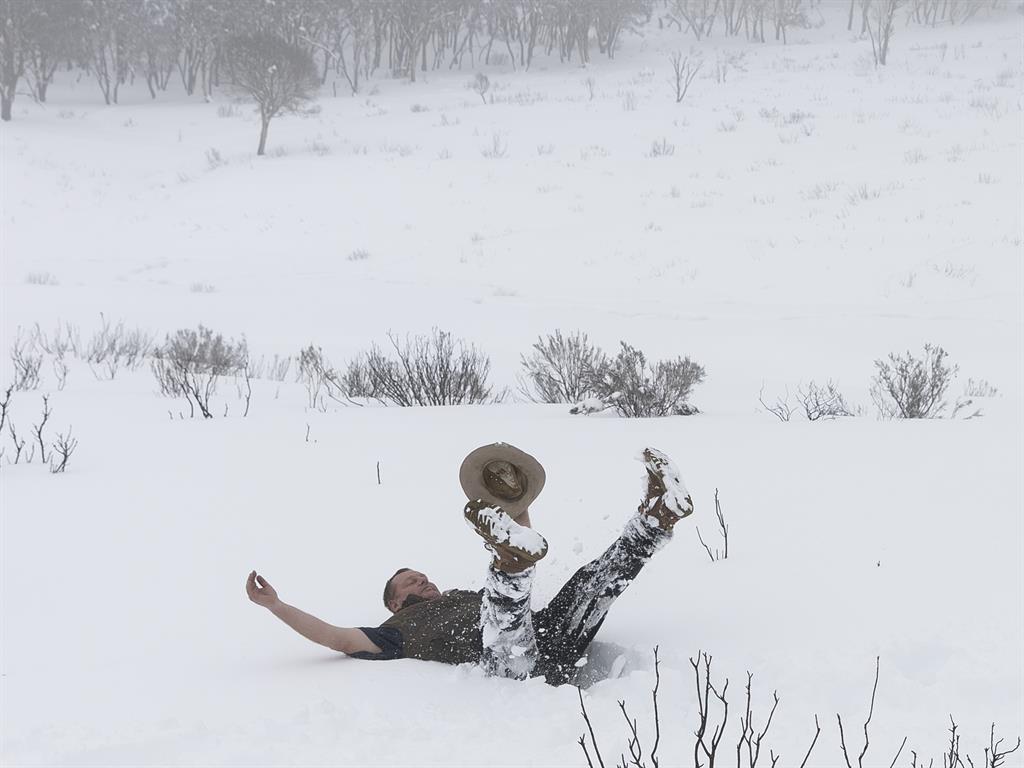 The southern hemisphere is in winter but Weatherzone’s Brett Dutschke told Daily Mail Australia a low pressure system brought snow to areas as low as 1,000ft above sea level for the first time in 15 years.

He said the front at the weekend could also bring almost 8in of snow in the Central Tablelands of NSW. Meanwhile, a 230ft-high statue of Buddha dating to 800AD at a Unesco heritage site in Sichuan province, China, has had its toes dampened by floodwater for the first time since the 1940s.

About 180 tourists had to be rescued and more than 100,000 people moved to safety as the area was hit by its worst flooding in 70 years.

Also in China, Hukou Waterfall, the world’s largest yellow falls, in Shanxi province, also closed to visitors because of flooding.

In California, firefighters have spent a week battling more than 500 wildfires ignited by 12,000 lightning strikes.