PIERS MORGAN and his wife Celia Walden were burgled as they slept in their French holiday villa, she has revealed.

Raiders crept into their bedroom, stole cash and jewellery then fled when her alarm went off, she added.

The break-in was discovered when Ms Walden woke to find her handbag had been snatched from a chair by her bedside. ‘They (the thieves) must have crept in there and stood inches away from us while we slept,’ the journalist wrote in The Daily Telegraph yesterday. 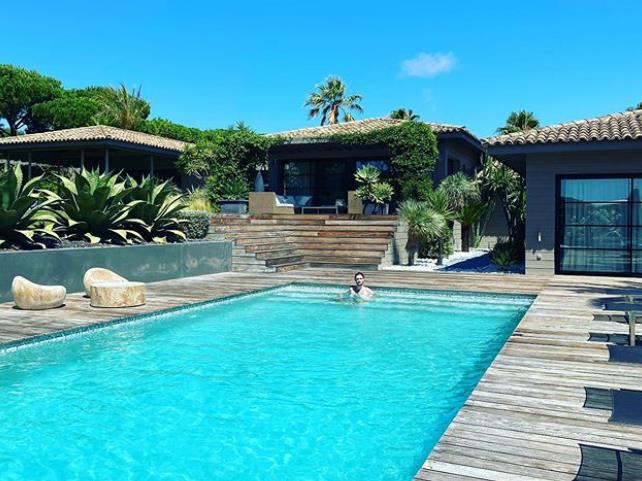 The burglary happened at a villa the couple had rented in the Côte d’Azur, in the south of France, hours before they were due to travel back to the UK.

‘I knew the second I walked into the sitting room something was wrong. The previous night had been spent getting our rented house ready for checkout — but the place was a mess,’ the 44-year-old wrote.

‘My handbag was upside-down on the sofa, the box I keep my jewellery in lying empty beside it.’ Ms Walden, who has been married to TV host Morgan since 2010, said she felt a ‘stomach-plummeting sense of violation’ at the ‘depraved, despicable, inhuman’ thieves. ‘They’d stolen all the cash they could find, right down to the few pounds I hadn’t spent at Heathrow on the way out, but left the credit cards, along with my driver’s licence,’ she added.

Also taken were a number of sentimental pieces including an art deco ring her 55-year-old husband gave her on their fifth wedding anniversary.

But she joked the burglars would have been disappointed as the jewellery had little monetary value.

Police believe the raiders left the villa at 6am after Ms Walden hit the snooze button on her alarm — meaning the couple missed confronting the raiders by about 15 minutes.

‘Knowing how much worse things could have been had we woken to find intruders in our bedroom put things into perspective when it came to working out what had been taken,’ she said.

It is thought the raiders used a drone to stake out the property. Good Morning Britain presenter Morgan had spotted one hovering over their garden a week earlier, said Ms Walden, adding police told her thieves no longer target credit cards, laptops and phones as they are too easy to trace.

Ms Walden is Morgan’s second wife. They have a daughter, Elise, aged eight. The TV host has three sons from his previous marriage.