THE Queen led condolences to the family of Martin McGuinness yesterday following the death of the pivotal figure in the Northern Ireland peace process.

Buckingham Palace indicated Her Majesty had sent a private message to the widow of the former IRA chief turned peace negotiator, who died from a rare heart condition at the age of 66.

It came amid tributes but also claims that the Sinn Féin politician — who resigned as Northern Ireland’s deputy first minister in January — should be remembered as a ‘terrorist’. 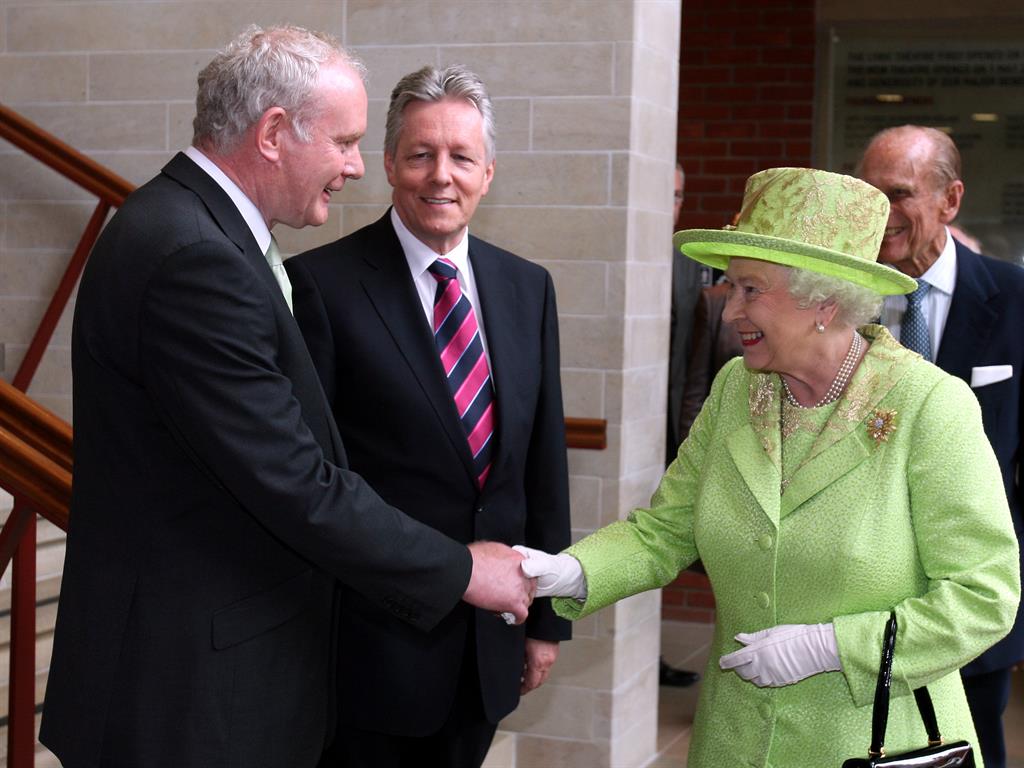 The handshake between the Queen and Mr McGuinness in 2012 was seen as a milestone in the reconciliation process, coming more than three decades after her cousin Lord Louis Mountbatten was killed by an IRA bomb.

While many praised the republican’s role in the peace process, others claimed the world was a better place without him.

Former Conservative cabinet minister Norman Tebbit said he hoped Mr McGuinness would be ‘parked in a particularly hot and unpleasant corner of hell’.

Mr Tebbit, whose wife Margaret was paralysed when the IRA bombed Brighton’s Grand Hotel in 1984, said: ‘The world is a sweeter and cleaner place now. He was not only a multi-murderer, he was a coward.’ Stephen Gault, who lost his 49-year-old father Samuel in a 1987 IRA bombing in Enniskillen, said he could not forgive Mr McGuinness for never showing ‘remorse or repentance’ for his involvement in the terror group. 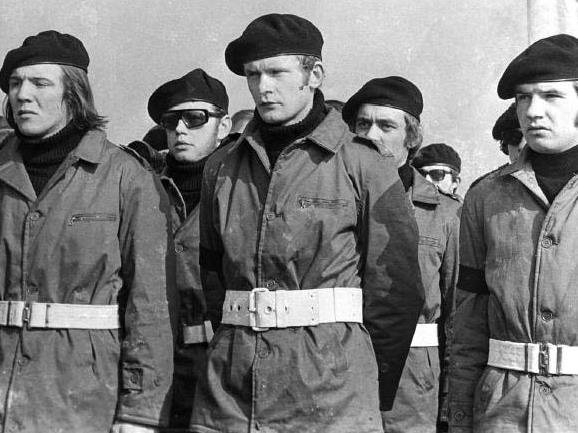 But Jo Berry, daughter of MP Sir Anthony Berry who was killed in the Brighton attack, wanted him remembered for his peace efforts. ‘He showed us how to move forward and showed us a way where former enemies can work together for the peace of the whole,’ she said.

Prime minister Theresa May was among politicians who qualified her tribute with a nod to his violent past.

She said: ‘While I can never condone the path he took in the earlier part of his life, Martin McGuinness ultimately played a defining role in leading the republican movement away from violence. In doing so, he made an essential and historic contribution to the extraordinary journey of Northern Ireland from conflict to peace.’

Former prime minister Tony Blair said Mr McGuinness’s contribution to the peace process was vital. ‘We know we could never have done it without Martin’s leadership, courage and quiet insistence that the past should not define the future,’ he said.

Leading Sinn Féin politician Gerry Adams, who helped carry Mr McGuinness’s coffin in Derry/Londonderry yesterday, said: ‘He was a passionate republican who worked tirelessly for peace and reconciliation and for the reunification of his country. But above all he loved his family and the people of Derry, and he was immensely proud of both.’

Mr McGuinness joined the provisional IRA in the 1960s, quickly rising to become the Derry/Londonderry brigade’s deputy commander at 21 as bombs wrecked its city centre. During one of his two Dublin trials he declared he was ‘proud’ to be a member. It is thought he was promoted to the IRA’s ruling army council following his 1974 parole from prison.

His central role in the IRA command was underscored by his involvement in secret talks in 1990, which led to a truce in 1994 and the US-brokered Good Friday peace accord of 1998.

He is survived by his wife Bernadette, two daughters and two sons.