THIS was the terrifying moment a pylon burst into flames as three giant cooling towers were blown up at a power station.

Sparks ‘rained down’ on spectators — including young children — who had gathered to watch the 7am demolition at Didcot, Oxfordshire. About 40,00 homes were left without electricity. 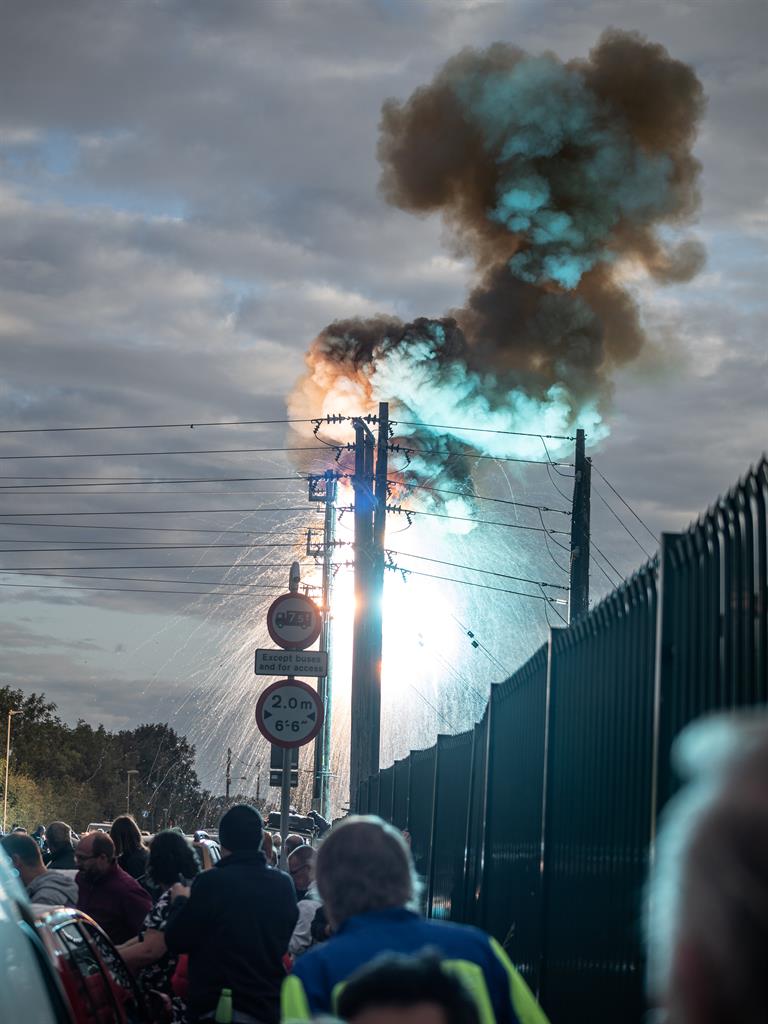 ‘But she’s fine now. It was frightening — everybody was screaming.’

Footage showed spectators fleeing as the pylon was engulfed in flames following a huge blue flash. Joseph Copley said: ‘We heard this shooting noise and massive sparks over our head. Everyone started running.’

Some witnesses thought a drone flew into electricity cables. But energy firm SSEN said the power cut was ‘caused by material related to the demolition striking our overhead electricity network which was outside the advised perimeter’.

It said: ‘We are aware of reports of minor injuries and damage and are working with the police to identify those impacted.’ Power was fully restored by 8.20am.

Didcot A power station was shut down in 2013 after 43 years. It originally had six 380ft cooling towers which were visible for miles around but three were demolished in 2014.

In 2016, four men died after the partial collapse of the boiler house.