SHE loves a good hair toss… so it is only natural the Pussycat Dolls have invited Lizzo to join their scantily clad comeback.

Nicole Scherzinger’s feisty troupe extended their invitation to the body-proud Good As Hell singer as they talked to Guilty Pleasures about their return.

‘I think the ultimate Pussycat Doll today is Lizzo. It would be super-cool if she came and joined us at some point,’ said Nicole, adding that her girls are ‘coming for blood’ as they drop comeback single React today and prepare for a UK tour in April.

Playing down criticism of setting themselves up to be objectified, Kimberly Wyatt, 38, explained: ‘We are celebrating our sexuality. It’s unfortunate it’s misunderstood in a way but we love to celebrate being women. When we step on that stage, we have our warrior suits on.’

The Pussycats promise there will be no more catfights should Lizzo, 31, take up their invitation. Addressing ancient rumours over bickering sparked by Nicole’s solo success, Carmit Bachar, 45, insisted: ‘It wasn’t a bitter ending. It was just a time in our lives where we all wanted to go and do our own thing and flourish. I went and had a family. We all stayed in touch.’

Ashley Roberts, 38, added: ‘We have been trying to make this happen for a few years. It was just divine timing.’ 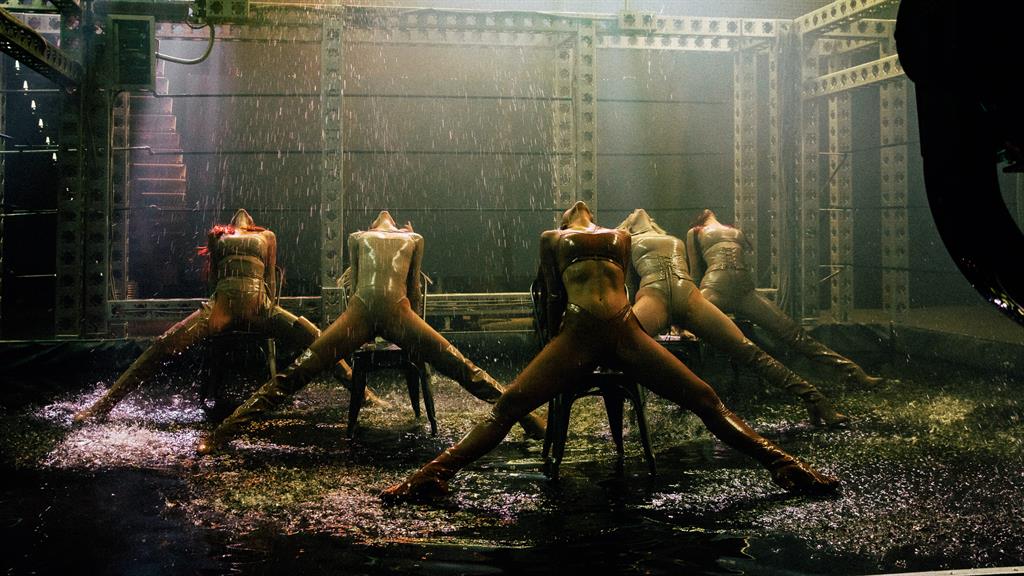 Jessica Sutta fell into line, saying: ‘Nicole is our lead singer and that is the way the band is constructed. We all have our place in the band and we each give something special individually, which fits like a puzzle — that’s what makes the Pussycat Dolls.’ Nicole, 41, confirmed she will still be hogging centre stage but is adamant her bandmates don’t mind being in the background.

‘It feels better than ever now I have evolved as a woman,’ she said. ‘It is actually the time for me to carry it. It’s not even me — we all carry each other. We make each other stronger.

Jessica, 37, hopes the Dolls can gel again after the Spice Girls got through their own reunion, despite a falling-out between Mel B and Geri and a no-show from Posh. Missing past member Melody Thornton, Jessica said that, after seeing the Spices’ first reunion concert, she and her bandmates thought: ‘Is this going to be us one day?’

She added: ‘And here we are. The fans want it and we wanted it too.’