A SCHOOL trip ended in tragedy yesterday when a girl of 11 tumbled into water and died on a theme park ride.

The pupil fell from a six-seater rubber-ringed boat on the Splash Canyon at Drayton Manor in Staffordshire.

She was pulled out by staff and airlifted to hospital but died soon after arriving. 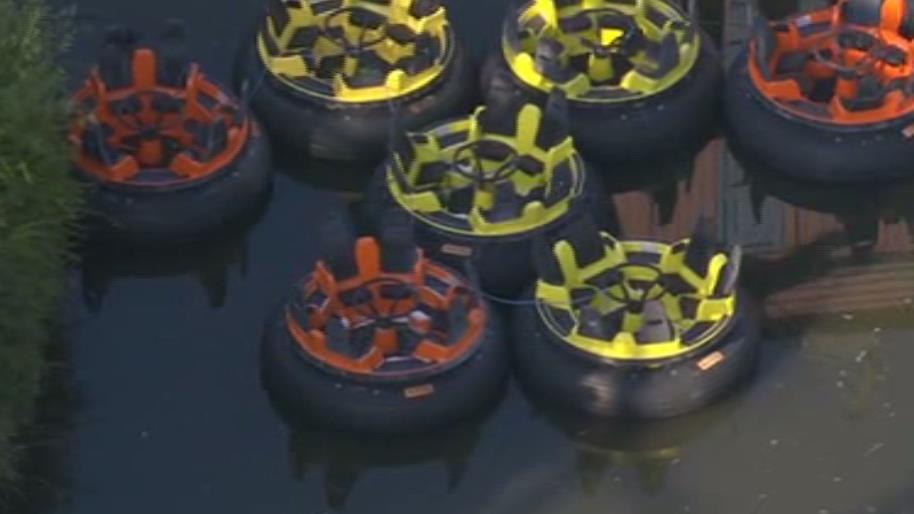 The family-run park’s director George Bryan fought back tears as he told reporters: ‘We are all deeply shocked and devastated — our thoughts are with the girl’s family and friends at this horrendously difficult time.’

The pupil was on a trip with Leicester’s Jameah Girls’ Academy, a fee-paying Islamic school that faced controversy in 2010 for requiring pupils to wear the niqab to and from class.

West Midlands Ambulance Service said the girl was found to have gone into cardiac arrest and was treated by a doctor on the way to hospital but could not be saved.

Shocked park-goer Graham Johnstone, 40, said: ‘The first I knew something was wrong was when I saw staff running over to the ride and turn people away.

‘All you could hear was crying coming from the steps leading to the ride entrance. It was awful.’

The park, which shut after the tragedy, says children must be 3ft tall to use the ride and must be accompanied by an adult if they are under 3ft 7in.

Splash Canyon is described as a ‘wild ride’ on which no two experiences are the same because the boats are swept along freely over rapids.