A PUMPKIN mad retiree has spent 20 years carving hundreds of intricate foam Jack O’Lanterns for his community to enjoy.

Ken Klinker, 63, carves 50 to 60 foam pumpkins every year between September and Halloween to display in his yard and around his community in Farmington, Utah, USA.

Each of his intricate creations can take up to eight hours to make and every spooky season Ken displays anywhere from 50 to 275 of them in his front yard.

‘I used to carve real pumpkins all the time, but then I’d spend several hours carving and I’d have to just throw it away,’ Ken explained.

‘Eventually I started carving foam pumpkins so I could keep them from year to year.’

Ken’s passion began over two decades ago, when he started carving pumpkins for his kids.

‘I used to carve the regular triangle eyes and nose for my kids and one day I bought a book with patterns in it,’ he said.

‘When I put a light in it the picture popped out at me and I got hooked on carving the more intricate patterns.’

His favorite designs include the zombie Tarman from The Return Of The Living Dead, a skeleton steering a ship and Captain Jack Sparrow from Pirates Of The Caribbean. 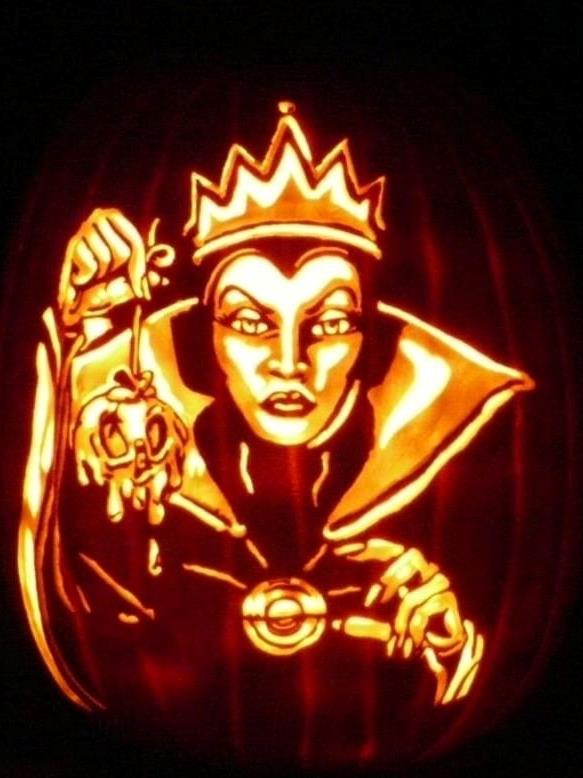 To make the pumpkins pop even more, Ken lights them with different colored Christmas lights.

‘If I have a Frankenstein, I can put a green one in it, or if there’s a devil, I can put a red one in there,’ he said.

Ken said that the public’s response is one of his favourite parts of the whole process.

‘That’s the thing that drives me to keep doing this, to stand there and watch people as they come in,’ he said.

‘People are just amazed by it.’