HE’S walked the length of the Amazon, spent 60 isolated days on a tropical island and headed off to some of the remotest corners of the globe to investigate the unknown. Yet, it is a Grade II-listed, 17th-century grange house in Leicestershire that is really testing TV adventurer Ed Stafford’s mettle.

‘I regret buying it every day,’ laughs the 43-year-old. ‘I just hope we can get all the basic work done in the next three years, pay the mortgage off quicker than full term, then I can look back and say, “It was worth it”. At the moment, I still wake up in the night worrying.’

Ed bought the seven-bedroom period property in 2015 after his partner, Laura, was bowled over by it. ‘We were going to buy a bolthole in the village but my wife fell in love with this place, started doing cartwheels around the garden and said: “We’ll get married in the local church and we’ll live here.”’

So, the couple sold their two-bedroom flat in Battersea and bought the home, which came with six acres of land. It’s now also home to 18-month-old son Ranulph, two Newfoundland dogs, two cats, seven chickens, three cockerels and a trio of beehives. And there’s a lot of renovation work still to go.

‘We’re still in phase one,’ says Ed. ‘It’s things like decorating a room — you take the wallpaper off, half the wall comes off with it and we have to re-do it with lime plaster as it’s a listed building. It’s a huge amount of work.

‘And we need to re-wire the whole place. Every now and then a little spark will come out of a socket.’

So far, they’ve completed the kitchen, living room and three bedrooms and put in a new boiler. No work has been done to the house since the 1960s, half the house is still without central heating and the place is in need of modernisation.

The majority of the work is yet to get underway. Ed wants to incorporate the rear of the property linking it to the main entrance and driveway and change the internal layout of the house by moving a staircase and turning former servants quarters on the top floor into modern bedrooms. There are also plans to make a 2,000sq ft barn into offices or extra living space. 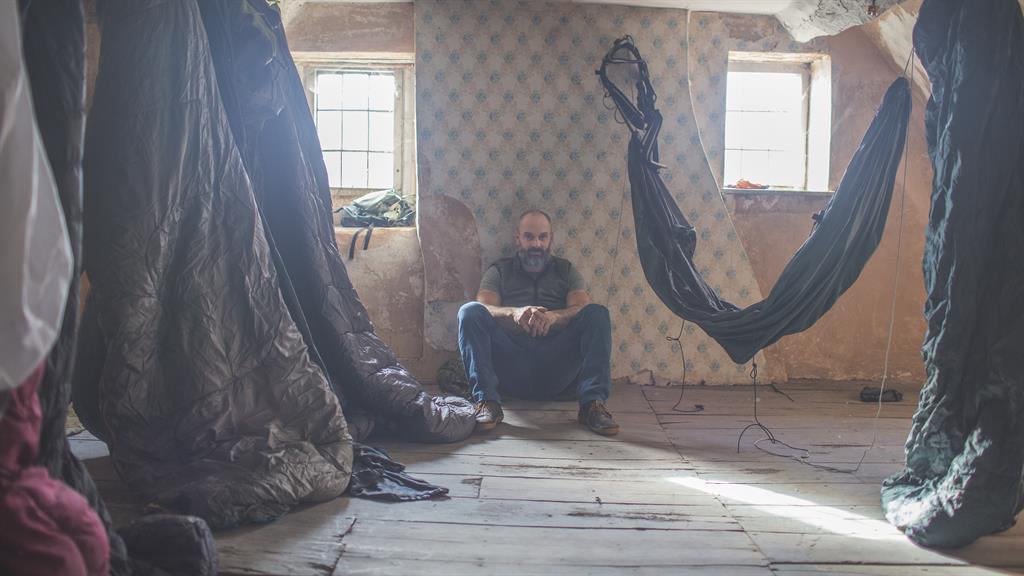 While a Heritage Statement has been completed and planning permission approved, Ed now needs to wait until his garden is dug up by the local archaeological society before work can begin.

‘There was a massive find of Roman coins not far from the house several years ago. I need to pay for an archaeologist to do some test digging to see if they can find any Roman remains. If they find anything and the cost of excavating the entire garden proves too much, I might have to scrap the building plans.’

In addition to his garden potentially becoming a site of archaeological interest, he’s also had problems with his duck pond to contend with.

‘We had a duck hut and when I’d go to get the eggs in the morning there’d be a duck in there, still alive, but its leg would be eaten off.’

Ed suspected rats or mink were gnawing at his ducks in the night time. ‘We then built a floating duck house on the pond but realised rats could still get in and eat the ducks legs, so we put a floating fence around it. It was like a floating fortress. But they were still getting eaten alive. In the end I thought, “This is too disgusting” and I ate the ducks.’ They now keep chickens instead and haven’t had any further problems. 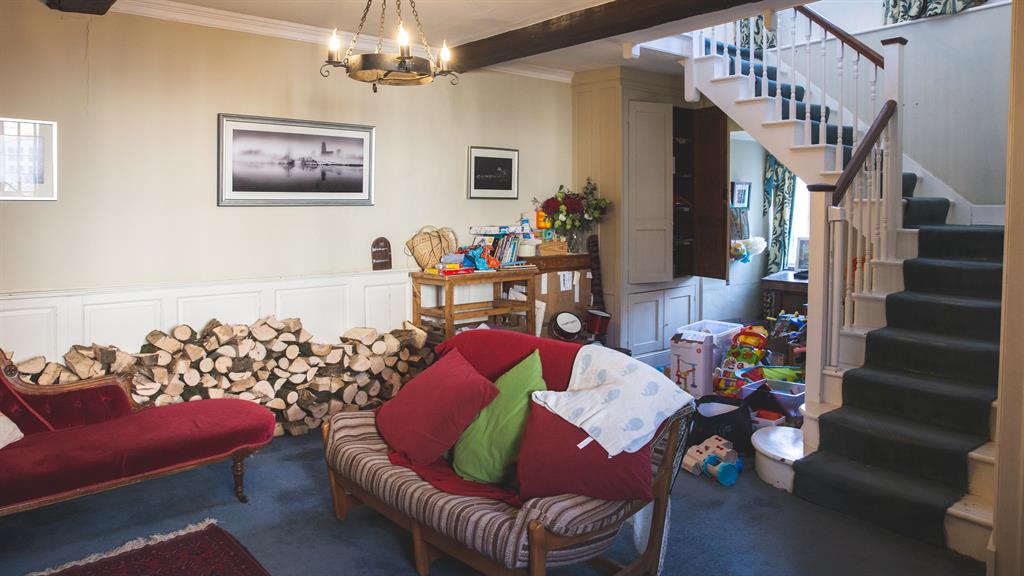 Despite the work and the worry, in reality Ed is thrilled to have bought such a distinctive home. ‘I’m proud that I’ve managed to get into a job that’s enabled me to buy a house like this for my family.’ When we first bought the house, I walked around the garden thinking, “I’ll wake up and realise it’s all a big joke.” It took a while to settle in and adjust to the fact we can have a house like this and I’m really appreciative.’

Even if excavations go well, Ed doesn’t anticipate the project being completed any time soon. ‘I’m self-employed. It works on the basis of commission after commission. If enough people watch my programmes, we’ll put a new drive in and if they don’t, we won’t — it’s as cut and dried as that.’ So tune in and help make Ed’s dream home a reality.

■ Ed’s series 60 Days On The Streets is on Thursdays on Channel 4 at 9pm, channel4.com