RADIO presenter Mark Forrest, 54, has broadcast from some of the fanciest classical music concerts at some of the nation’s glitziest venues, but these days he’s happiest when delivering lambs in the Yorkshire Dales.

Mark bought his farmhouse in 2007 and originally split his time between Yorkshire and his home in Hackney. Mark’s partner’s family had been sheep farmers and the pair fancied giving it a go themselves — so when some neighbouring fields came up for sale they were ready to realise their dream and establish their own small holding.

The farm is now home to 80 Herdwick sheep, ten goats, some chickens and two sheep dogs.

Mark moved to the farm full-time in 2012 and, after installing some special cabling, now presents his daily radio show on new classical station Scala from his home studio.

‘Recently, someone walked past the window and one of the dogs heard them talking and started barking. The listeners heard a sheepdog going crazy in the middle of a link. It was a sign of authenticity that I really am broadcasting from a farm.’

Moving from trendy Hackney to rural Yorkshire has been a big change of lifestyle for Mark.

‘I went to the opera or theatre or to see classical music most nights back when I lived in London. I live a very different life now.

‘When you have animals, you can’t just go away — sheep, goats and chickens need feeding every day.

‘It’s a massive difference but you get so much from your life when you look after animals. Lambing season is such a thrill. I don’t mind not going to the theatre. I love it but that was a different life.’

‘I enjoy watching the little goat kids being born and seeing them getting up and wandering around within 30 seconds. And then watching them triple in size over the next two weeks. I like watching the seasons go past and having the weather dictate what you’re going to do around the farm each day.’

Two of Mark’s favourite nanny goats are called Maria and Tammy, after Maria Callas and Tammy Wynette. The goats are kept to provide extra milk production in case the sheep don’t produce enough milk for their lambs. 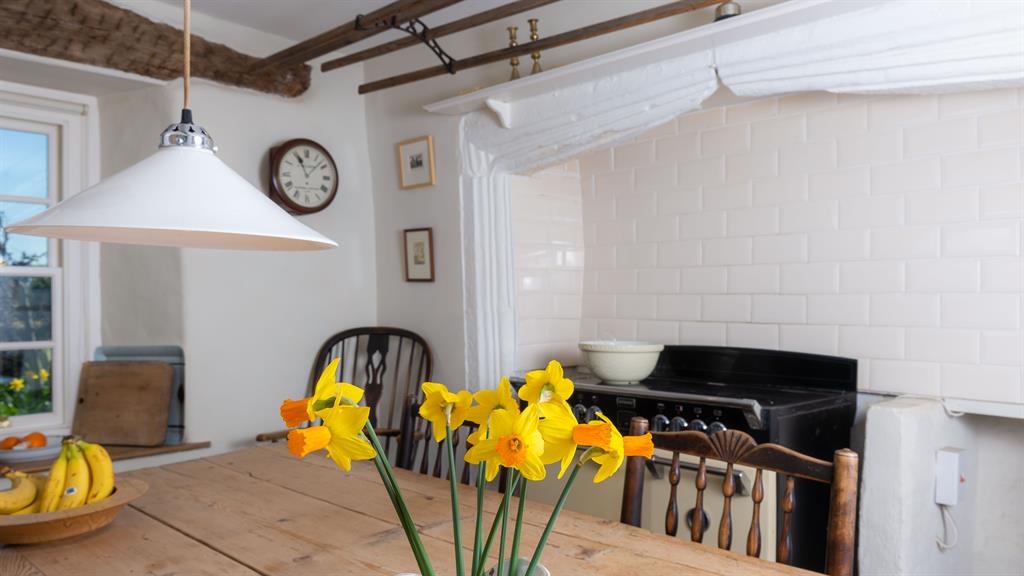 Mark lives in a 350-year-old Grade II-listed Dales cottage. When it was built in the 1600s, it would have had two rooms downstairs — one for the family and one for the animals — with a bedroom upstairs along with a room to keep the animals’ feed.

Things have been modernised but not massively so. A pantry has been added downstairs along with a stairwell, while the upstairs layout has been changed to accommodate two bedrooms and a bathroom. Mark has installed a wood burner and a modern range cooker in the kitchen but kept the changes to a minimum.

As it’s a listed building, it would be difficult to get major modifications approved in any case and Mark already needs approval to change interior doors and for the colour he paints the doors on his sheds. 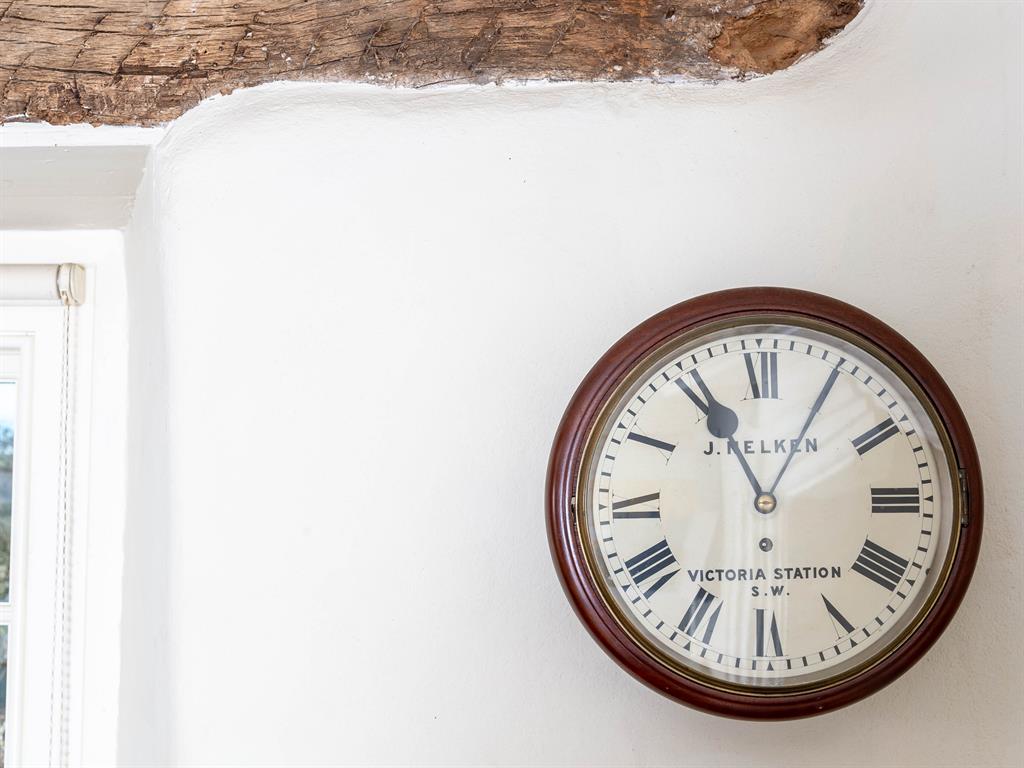 He also has to use traditional lime mortar over modern renders when he’s repairing his walls. ‘But there isn’t anything I’d want to change anyway,’ he explains. ‘There’s a sense of responsibility when you take on something from the 1600s. I would want the people who live here after us to have that feeling of living somewhere that has been here for hundreds of years, rather than feeling it could have been built yesterday because we’ve modernised it too much.’

Mark has also kept the décor traditional and got rid of some of his previous belongings.

‘When I went on holiday, I would get posters from exhibitions I’d go to — that’s all gone. I also had train posters from the Victorian era which didn’t look right here.’

He’s replaced them with paintings of pastoral scenes that he bought at auction. Mark also visited auction houses to buy his furniture, including antique rugs, station clock (inset) and vintage wooden furniture.

‘I bought old sword chests from the 17th century to use as storage chests because modern cupboards don’t look right in this house,’ he says. ‘I don’t yearn for any of the possessions I had before. I’ve embraced where I am now.’

And he doesn’t miss his previous life in London either.

‘When I lived in Hackney, it was all farmers’ markets and craft beer,’ says Mark. ‘It’s much quieter here but I love it. I have never looked back.’

Why not bag your own rural pile in Yorkshire… 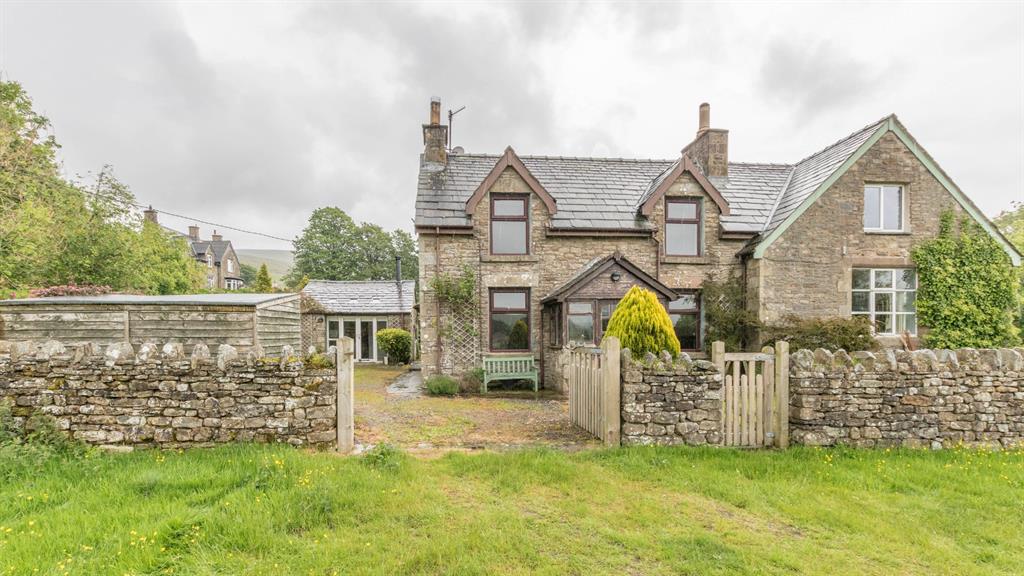 This three-bed, semi-detached cottage lies within the Yorkshire Dales National Park. The property requires some updating but includes two reception rooms, three bedrooms, bathroom and an outside workshop. £230,000, THW, thwestateagents.co.uk 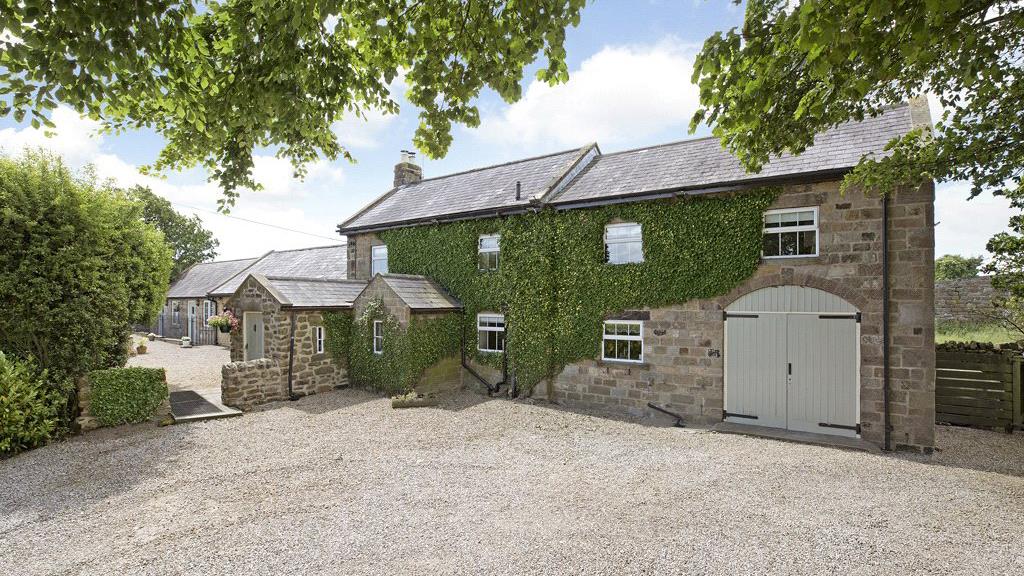 This farmhouse has more than 2,270sq ft of well-presented living space, including four reception rooms, three bedrooms, a master bedroom with ensuite and bathroom, as well as a one-bedroom annexe. £850,000, Strutt and Parker, struttandparker.com

Hanlith Hall was built in the 14th century and extended in the 17th. It has 2.5-acres of land and stables. The house has five bedrooms, an indoor swimming pool and ballroom plus two separate cottages. £2,150,000, Dacre Son and Hartley, dacres.co.uk 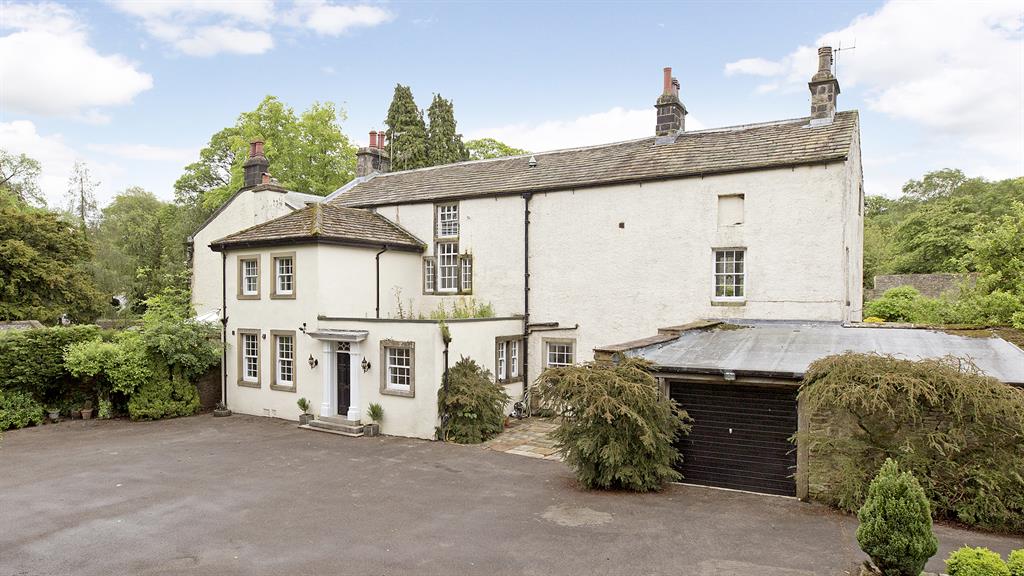 This Grade II-listed Georgian house with its sweeping driveway, sits within 1.4acres of gardens. There are four bedrooms on the first floor, three in the attic, and the cellar has four rooms with good head height. £765,000, Carling Jones, carlingjones.co.uk