■ Eleonore Dresch brought a touch of her home country to Chelsea, but it took her 15 years

ENTERTAINMENT website mogul Eleonore Dresch moved from France to the UK 25 years ago and she has only recently put the finishing touches to her four-storey Victorian house in Chelsea, some 15 years after she picked up the keys.

Eleonore, who runs Culture Whisper, grew up in Provence and arrived in London in the 1990s to study International Relations at the London School of Economics. ‘I lived in Rome just before moving to London. It was a bit of a shock,’ she says. ‘I was overwhelmed — it’s such a different city.’

She first rented a flat in St John’s Wood, but found it wasn’t to her taste. ‘It felt a bit suburban,’ she explains. ‘When you’re used to the French way of living you either live in the city or outside the city and St John’s Wood felt a bit in between.’

Eleonore soon relocated to Chelsea. ‘I visited some friends in Chelsea and thought it was very pretty. In Chelsea you feel you are in the centre of London, but it also feels quite villagey.’ 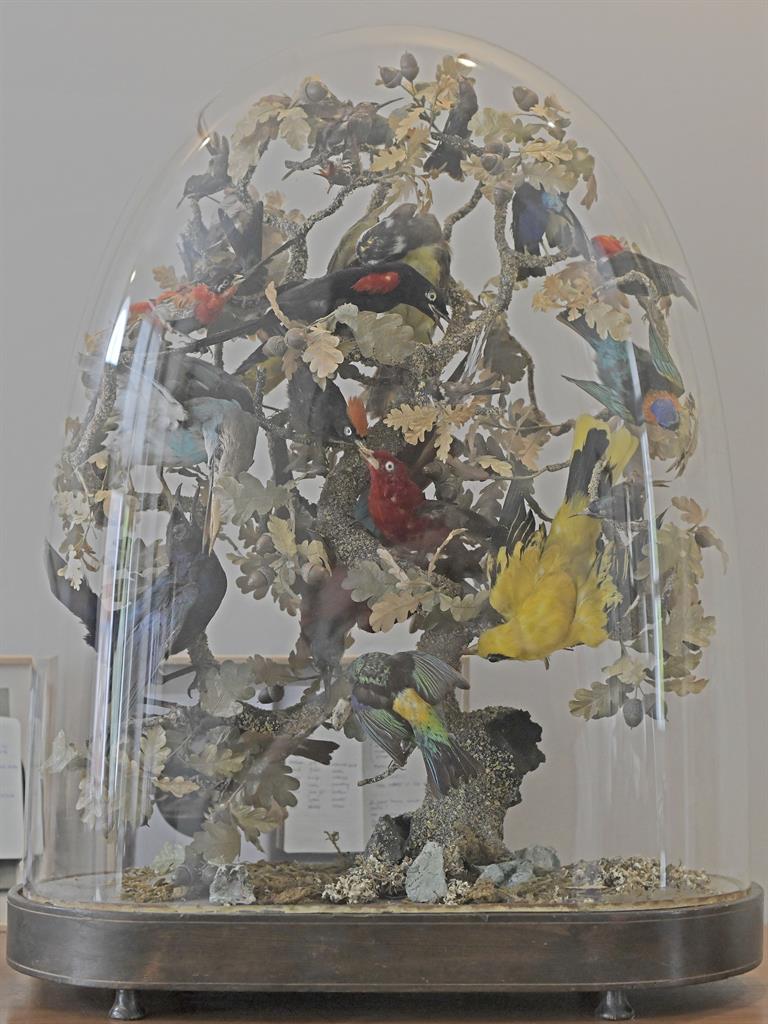 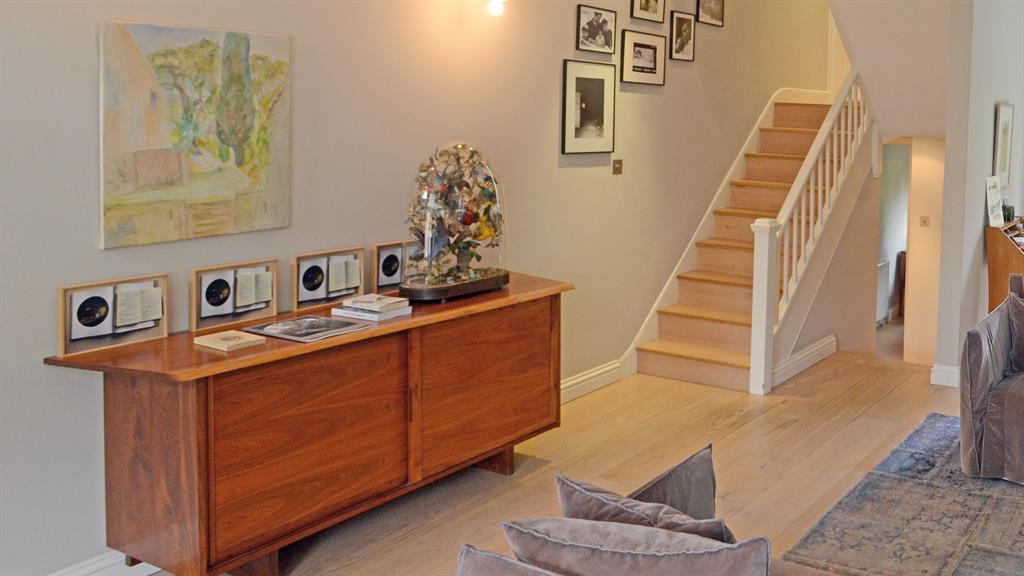 Initially she and her husband bought a small flat but, after becoming pregnant with her second child, they moved into their current home — a three-bedroom house with two bathrooms and an open-plan basement kitchen. Eleonore says: ‘We looked at a lot of places before we bought this. It was a no-brainer. There was already an open-plan kitchen in the basement which was crucial, as houses in Chelsea can be quite small.’

The couple didn’t make any big changes straight away. ‘We were broke. We got rid of the wallpaper and carpets and sanded the floors ourselves.’

The house, as it looks now, started taking shape when interior designer Nina Moeller overhauled the kitchen — creating an island and keeping things fresh and neutral and introducing stools she had made herself.

‘I had very clear idea of what I wanted,’ says Eleonore. ‘I wanted light in the kitchen and thick marble — I grew up in France and there were marble surfaces in the kitchen.’

Underfloor heating was added, which solved a damp problem, and appliances included a double oven, six-ring hob and a special wine fridge. Eleonore and her husband are unabashed oenophiles. They have a supply of wine kept in storage in Scotland and when they need replenishment bottles are sent down within 24 hours.

There are lots of personal touches. Eleonore’s china set was originally owned by her grandmother — and there’s a family connection to the light fittings. ‘They are by designer Serge Mouille and are from the 1950s,’ explains Eleonore. ‘They are from my grandmother’s country house which was extremely beautiful. It was destroyed when the person who bought it decided he wanted a home that looked like a Texan ranch and demolished it.

‘I went into my parents’ attic ten years ago and found these light fittings. It’s a nice memory and it’s good to have something from the house.’

Landscape gardening brought more light into the kitchen. Originally the kitchen had a backdoor which opened onto a wall. Now it’s been replaced with larger double doors and the wall has been knocked down. The doors now open onto a terraced garden which allows more light in and offers an attractive view of plants. There have been more changes upstairs in the living room. Eleonore recently demolished the entrance hallway, making the living room completely open-plan.

She also moved the fireplace to the centre of the room and changed it to a more ecological, ethanol-burning model.

Again there are decorative touches from her family. Paintings by her great uncle, of his home in Provence, hang on the walls. One splendid rug is from Kabul — a present from Eleonore’s brother, who lives in Afghanistan. ‘The maker is very well known there,’ Eleonore tells us. 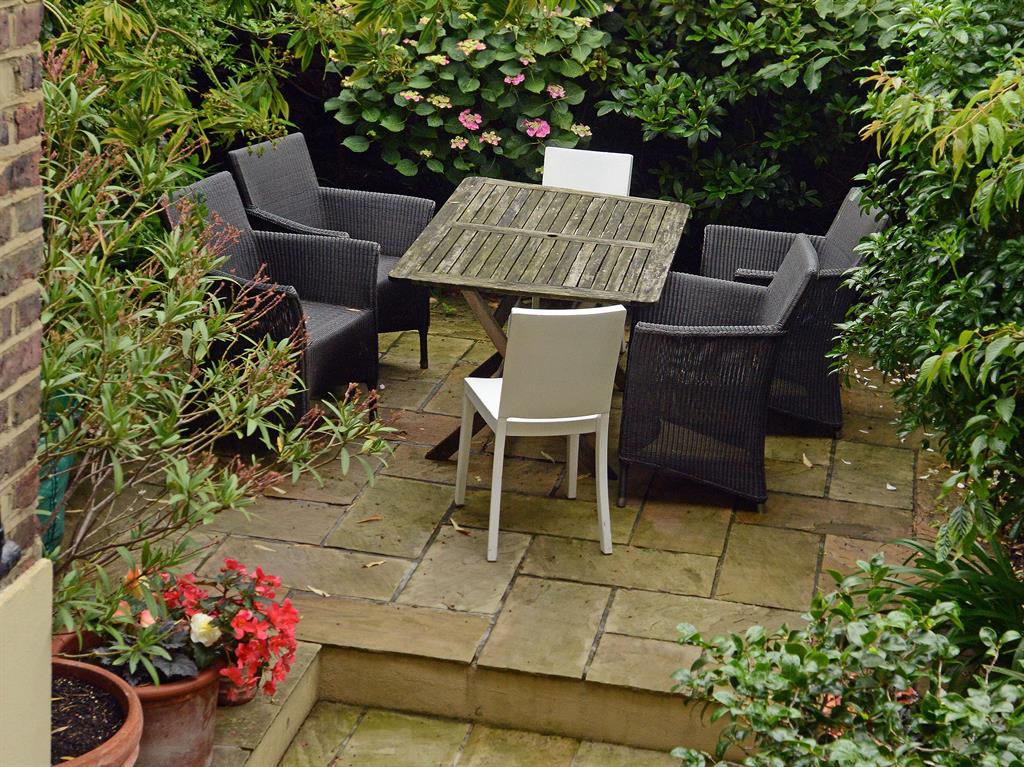 A couple of eye-catching pieces really stand out and are the final touches on this overhauled, artistic home. One is Eleonore’s harp. She has played since her teens but hasn’t for a while as it needs re-stringing. Another is a glass case full of stuffed exotic birds. ‘The birds belonged to my grandmother. It was in her bedroom. She had a beautiful flat in Leon. I’ve brought a bit of France with me…’

■ To find out more about some of London’s cultural entertainment highlights go to culturewhisper.com