WHILE many of her generation are facing up to a future in rental accommodation, at a mere 29 years old Emily Evans has bought not one, but seven houses and still owns six of them. She bought her first property at the age of 19, selling it three years later, by which time it was worth £50,000 more than she’d paid for it. Her portfolio is now worth nearly £1.4million, generating more than £63,000 a year in rent, while her real estate business turns over another £120,000 a year.

She’s in demand on TV, too, hosting on Sky’s Property Channel, and acting as an adviser on Homes Under The Hammer and the George Clarke shows.

‘I approached the government to appoint me as a housing adviser because something needs to be done to help Generation Rent,’ says Emily, who hails from Bridgwater in Somerset.

‘I don’t know much about politics but we’ve had eight housing ministers in eight years and what I do know is that they know nothing about the property market. The government hasn’t taken me up on my offer yet, but they should because I’m not going to stop banging on about this until somebody listens.’

You might imagine from her confidence, good fortune and polished accent that Emily is a public-school girl with a charmed life and substantial trust fund. But she actually comes from a broken home, her dad spent time in prison and she left her failing comprehensive with a handful of qualifications that would never get her to university.

‘My childhood was pretty tough,’ she says. ‘I could have gone off the rails. Instead, I put all my energy into making money. I got my first job as a cleaner when I was 12, earning £2.50 an hour. 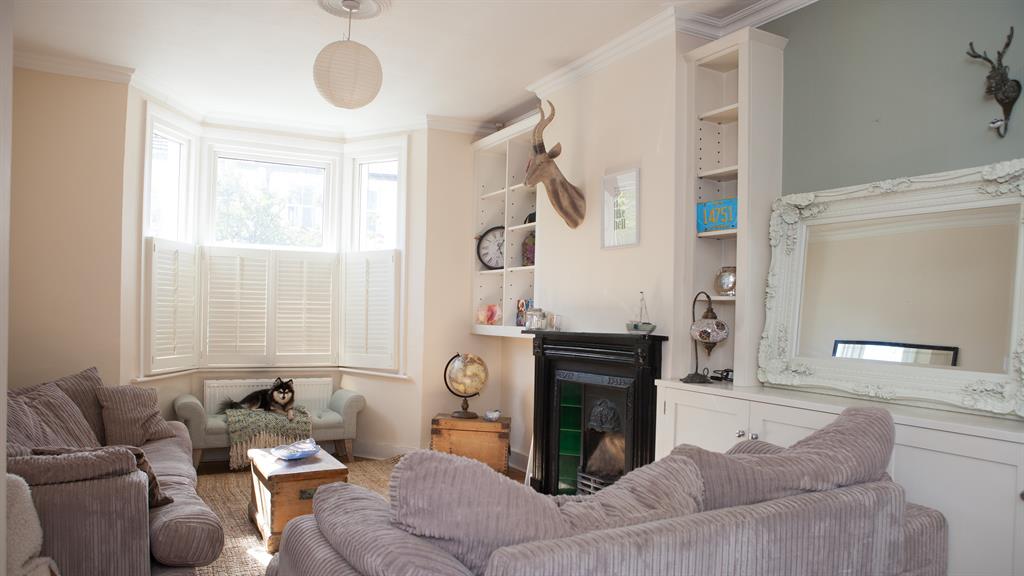 ‘And while I was never good at maths, I realised I had a good head for figures and that if I wanted to get out of the poverty trap, I had to work hard because there was no one to help me financially or to bail me out.’

Emily was introduced to the world of property aged 18, when she landed a job with an estate agent as a sales negotiator. The commissions soon came rolling in. ‘I was good with people, I valued honesty and I listened to what the clients wanted,’ she says.

She was bitten by the property bug. Being a young female in the notoriously male-orientated world of property and finance has not been plain sailing, however. ‘I have encountered sexism, bullying and harassment,’ she says. ‘But I have never tolerated that kind of behaviour from men who feel jealous or threatened by the fact I am a successful woman. That was one of the contributing factors to me starting my own business.’

Emily has now moved to London to further her TV career and, for the first time in her adult life, is renting her home. ‘It is ironic, and so frustrating,’ she laughs. ‘I am renting a house in Wimbledon, and I’m not even allowed to put a nail in the wall.

‘So I’m now looking for property number eight. A property investor once advised me to take risks and said he’d rather go bankrupt for a million pounds than a thousand. So I did. And they seem to be paying off.’ 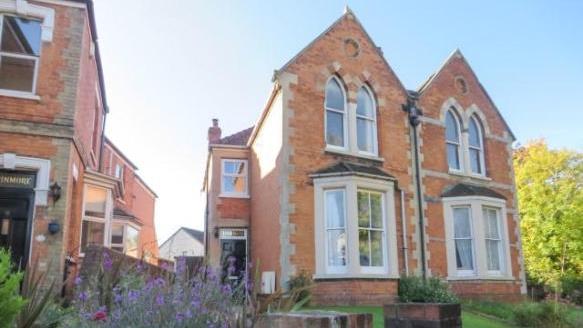 Emily bought her first house with a boyfriend after the 2008 crash.

‘He was a plumber and we did most of the work ourselves. We’d come home from work and then get straight to work on the house. We hardly went out and instead spent every penny doing up our home.’ 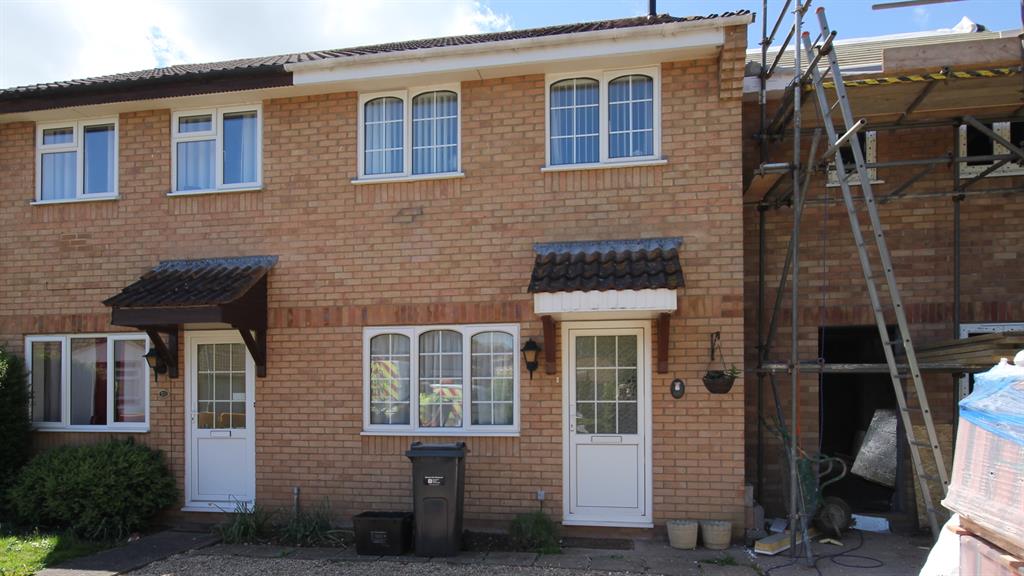 After she split with her boyfriend, Emily bought this 1980s two-bed end of terrace and added a new kitchen and bathroom. Then she spotted another investment opportunity…

‘I realised there was a lot of space to the side of the plot so decided to build another house. A few architects said there was no way I’d get planning permission, but I found a way. But first I needed to raise some funds.’ 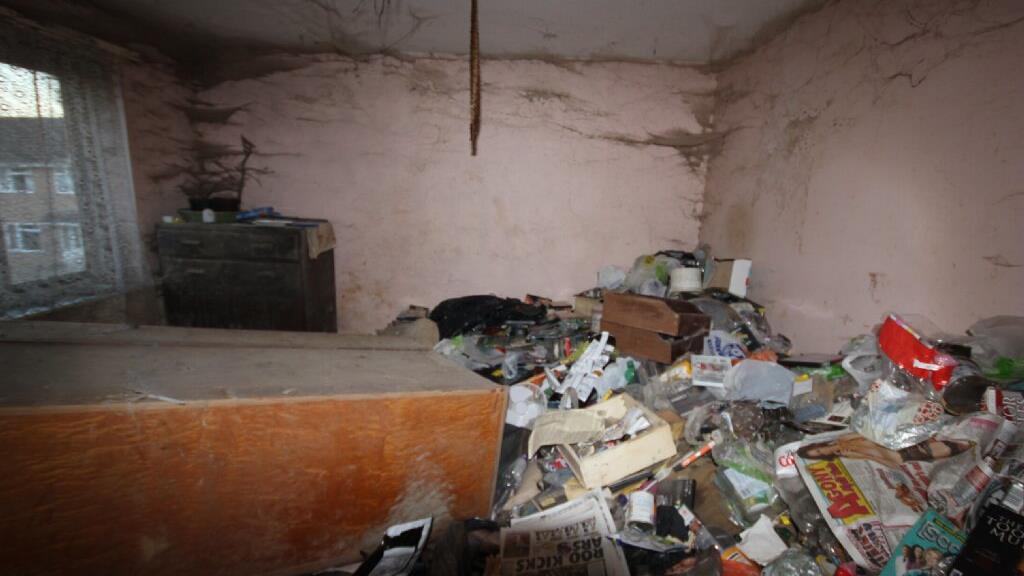 This one-bed house was about to be repossessed and Emily put in an offer of £50,000.

‘It was in such a mess I didn’t even go inside to view it. There was no time to have a survey done as it was about to be repossessed so I had to trust my gut instinct. But I needed to pay in cash. I had £12,000 savings and remortgaged Bilberry Grove to raise the rest. Everyone thought I was mad but I took the gamble.’ 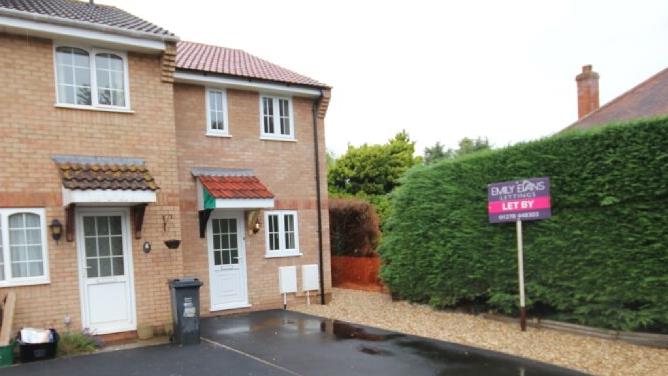 Emily built a replica of the house she owned next door. And, because there’s no VAT on materials for new builds, she saved 20 per cent of the cost. It was later valued at more than double the cost of the build. 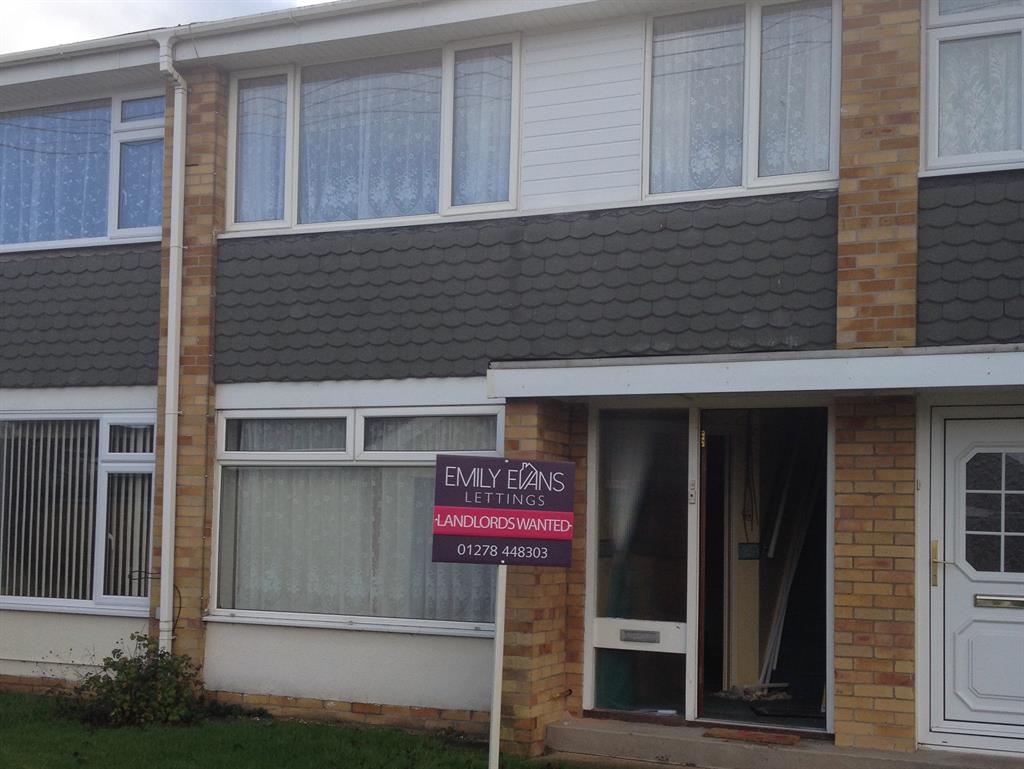 ‘I spent just £5,000 on a light renovation in three weeks and moved in, leaving 68 Bilberry to be rented out, and then I started my own lettings business from the second bedroom.’ 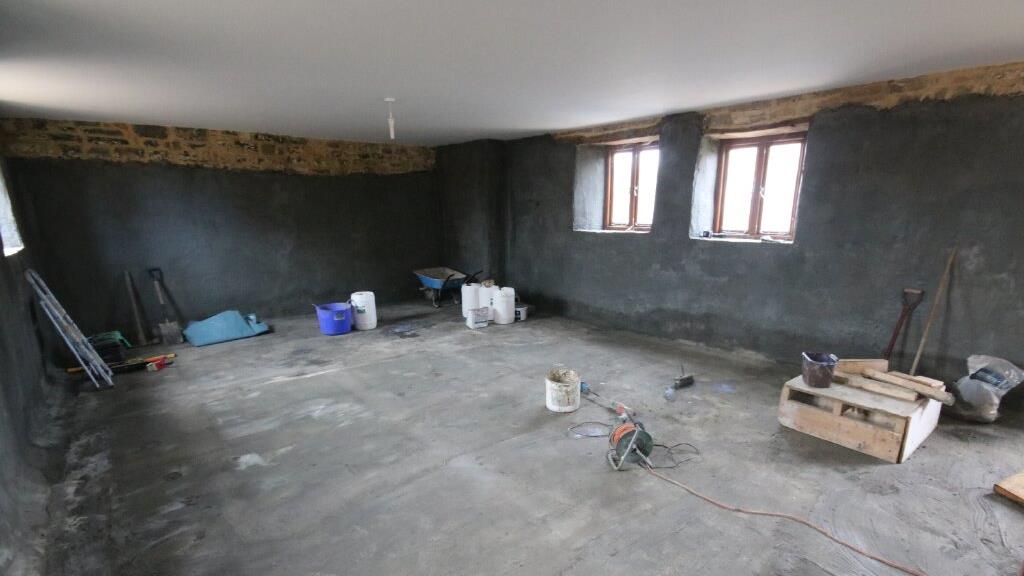 Emily’s next purchase was more than just a investment — it was also a labour of love.

‘This was going to be my forever home. I raised a bridging loan because I was remortgaged to full capacity. It took eight months to renovate and I kept all the original features, added a kitchen, three bathrooms and four beds. It was beautiful. But I hadn’t met Mr Right or had the 2.4 kids so I was rattling around on my own with my miniature husky, Pearl. I decided to rent it.’ 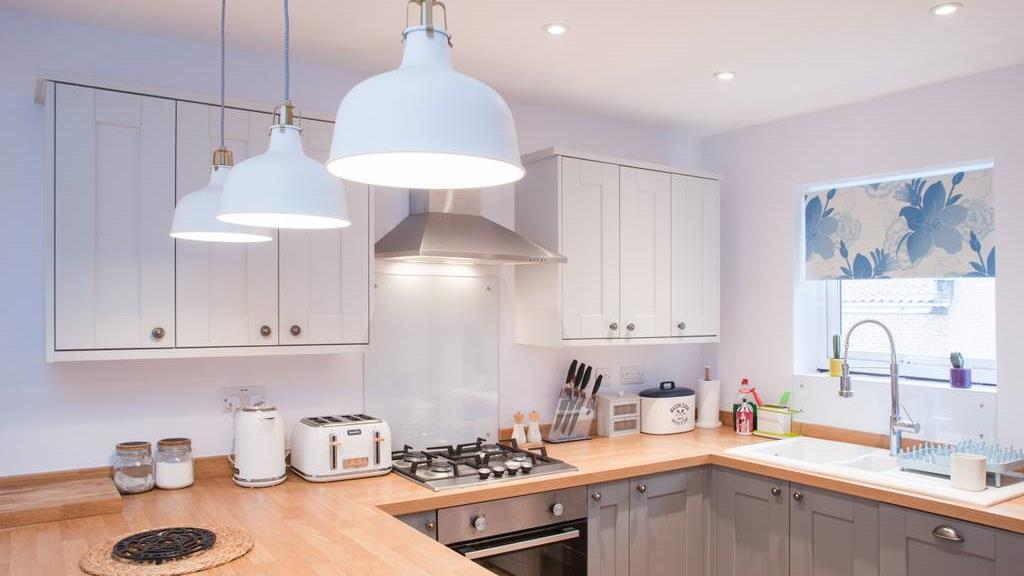 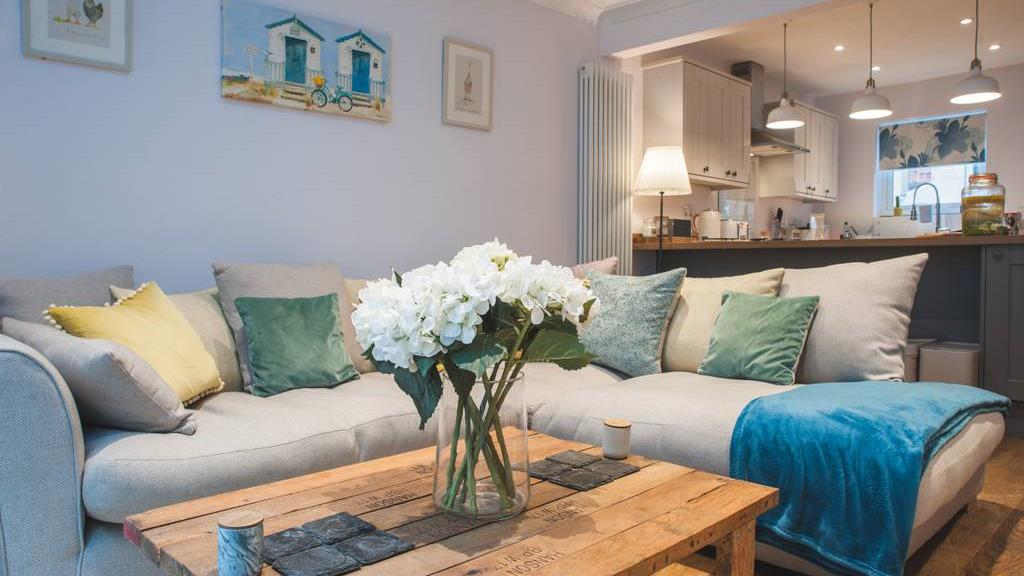 After raising £100,000 from the barn, Emily bought this two-bedroom new-build in Bristol’s popular Clifton area.

‘Bristol is a great investment because, thanks to major improvements to the line, it will soon take just an hour to get to London.’

EMILY’S 10 TIPS TO GET ON THE PROPERTY LADDER

1. If you can’t get a mortgage on your own, invest with a friend, sibling or partner.

2. Find an up-and-coming area and take advice from a good lettings agent.

3. If you live in a big city but can’t afford to buy there, then buy elsewhere and rent it out.

4. Work hard. Get stuck in to save money.

5. Put down the minimum deposit so you have cash left over for renovations.

6. Look for end of terraces with corner plots to build another house on.

7. Speak to an independent mortgage adviser, as they have access to better deals.

9. Find an honest and trustworthy builder.

10. Negotiate on absolutely everything.