AS SOME restaurants and pubs begin to cautiously roll up the shutters, many still fear that they may never be able to reopen. After a lean first quarter, revenues were already down in many areas, and without the usual spikes in custom — Mother’s Day, Easter, Father’s Day, not to mention sunny evenings — many business just don’t have the reserves to allow them to open again. Hospitality jobs are being shed around the country. But a group of restaurateurs, led by Hawksmoor’s Huw Gott and Pho’s Libby Andrews, are working together on a charity auction that’s been dubbed ‘hospitality Live Aid’ to help workers hit hardest by the industry shutdown in the UK.

A huge charity auction, known as Today’s Special, will see hundreds of restaurants offering prizes to raise money for Action Against Hunger and Hospitality Action, supporting the poorest children in the UK and around the world, as well as hospitality workers who fall on hard times.

‘It has been the strangest time for the hospitality industry, and we are seeing people really struggling since the shutdown,’ says Huw. ‘For most of us, it is the longest time we have ever not worked, and for many that is causing severe hardship. Many have been furloughed, but there are also a lot of casual staff who have no income.

‘Given the nature of the crisis, we don’t know if or when we can start to get back to normal. For many, opening with social distancing in place would mean running at a loss, so we can’t even plan reopening at the moment. Others will accept that loss in the hope they can turn things around, but whatever happens next, there will be casualties.

‘A lot of the names we are used to may not be able to continue, and even for those who do, it is going to be a bumpy ride.’

Huw started talking to industry friends about the challenges, and how they could try to help. ‘I found an old definition of hospitality — that of looking after strangers with kindness and generosity,’ he says. ‘It’s very apt. Thinking about it, that’s why we all join the industry, because essentially we want to help people. There’s a nurturing streak in all the restaurateurs I know. You see how difficult the situation is for so many people, and I thought “how can we help more strangers?”’ 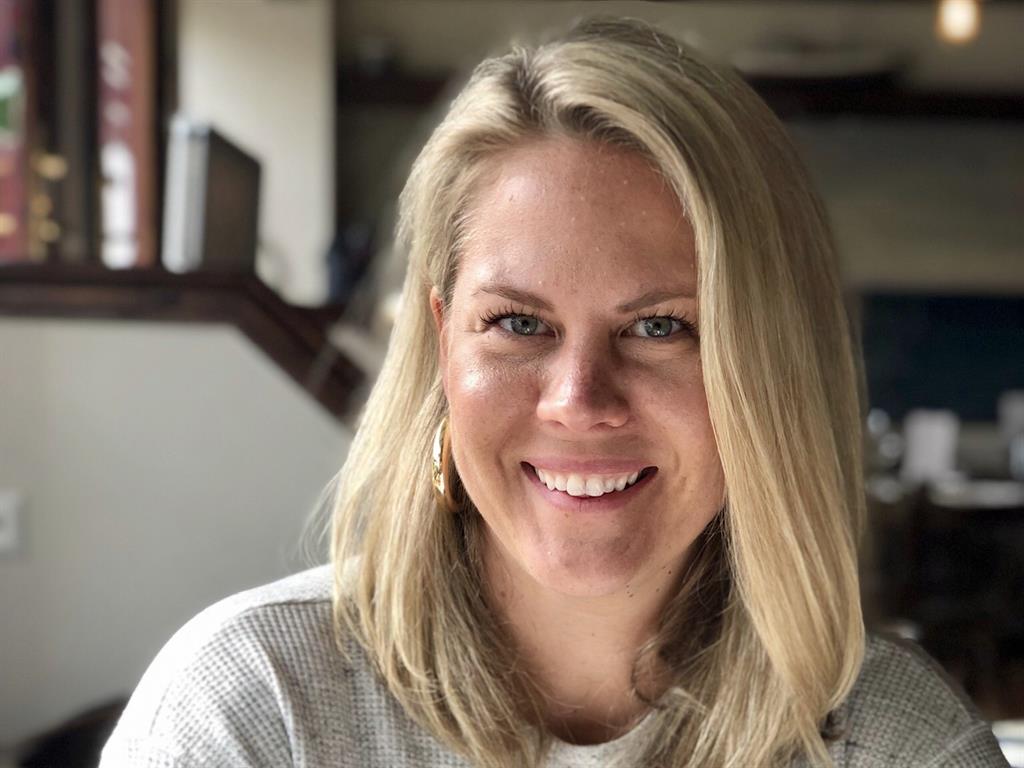 Huw managed to call in a few favours. Lily Vanilli, baker to Elton John and Lady Gaga, has offered to make a bespoke cake as a prize, and there’s a Sunday roast cooked in a bidder’s home by Sally Abé, head chef of London’s only Michelin-starred pub, The Harwood Arms.

There’s also a street party up for grabs, catered by James Cochran, with draught beer from Forest Road Brewery’s Tactical Beer Response Unit. Additionally, there will be a series of virtual cookery sessions, such as private Zoom masterclasses for a group of friends with Michel Roux Jr, Angela Hartnett, Shuko Oda, Ching He Huang and Sabrina Ghayour.

For budding bakers, there will be classes on offer with pastry chefs Helen Goh from Ottolenghi, Anna Higham from Lyle’s and Flor and master sourdough lessons with baker Adam Sellar from Angel Bakery.Co-hosted by Great British Menu judges Andi Oliver and Oliver Peyton, and with a live auction by Tom Best, it will be streamed live across the country on Zoom. Those missing their favourite restaurant dishes can bid on money-can’t-buy foodie experiences to look forward to at a future date. 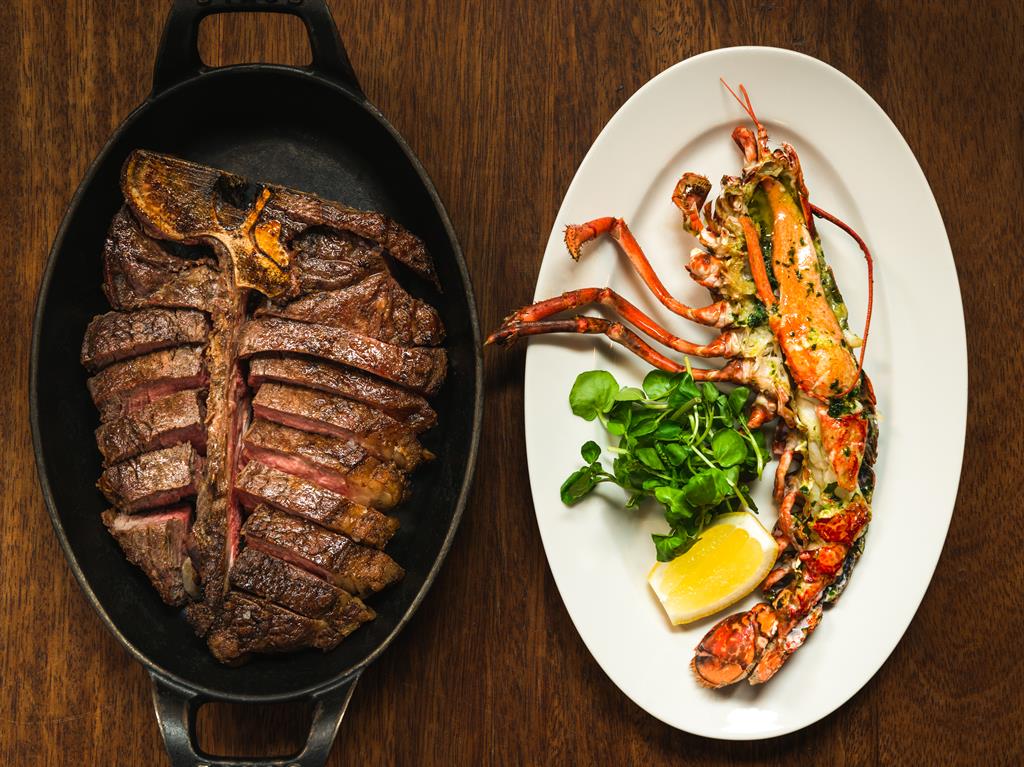 There are also prizes from high-street restaurants to be won in a silent auction with more than 100 lots from every part of the country, including St John, Dishoom, Franco Manca, Pho and Huw’s own Hawksmoor. All lots will be redeemable within safety guidelines, or after restrictions are lifted.

‘The response has been astonishing,’ Huw laughs. ‘We have chefs from the four corners of the food and drink world, all wanting to do something positive among all of the craziness. Every morning I log onto my emails and there are new amazing chefs there, all offering up prizes to help.

‘It has been a reminder of the mountains we can move when we all push in the same direction. We are raising money for two brilliant charities, and everyone I speak to asks how they can help.

‘But we are still looking for more restaurants to work with. This isn’t about Michelin stars and celebrity chefs in London, we want independent cafés, restaurants and pubs across the country to get involved.’

Action Against Hunger helps children around the world to access food. With shortages expected in many countries, the poorest communities in the UK and abroad are particularly vulnerable. Hospitality Action has been helping those across the industry, tackling the commercial, financial and psychological impact of the crisis. ‘Hospitality Action supports people in the industry who are battling homelessness, addiction and hunger. They are very close to the hearts of lots of people in the hospitality industry,’ says Huw. ‘Action Against Hunger does brilliant work with the poorest people, who have been hit the hardest by all this.’

Huw is looking forward to the time when he can reopen his eight Hawksmoor steakhouses in the UK, plus a new site in New York.

‘I can’t see what it’ll be like in six or nine months’ time,’ he says. ‘I can’t see what it will be like in six or nine weeks’ time. I don’t think anyone can. But I’m looking forward to getting the doors open and welcoming customers in, and as a customer, I can’t wait for a cold pint at my local pub. That’s going to be the best pint I’ve ever tasted.’

HOW BUSINESSES ARE HELPING 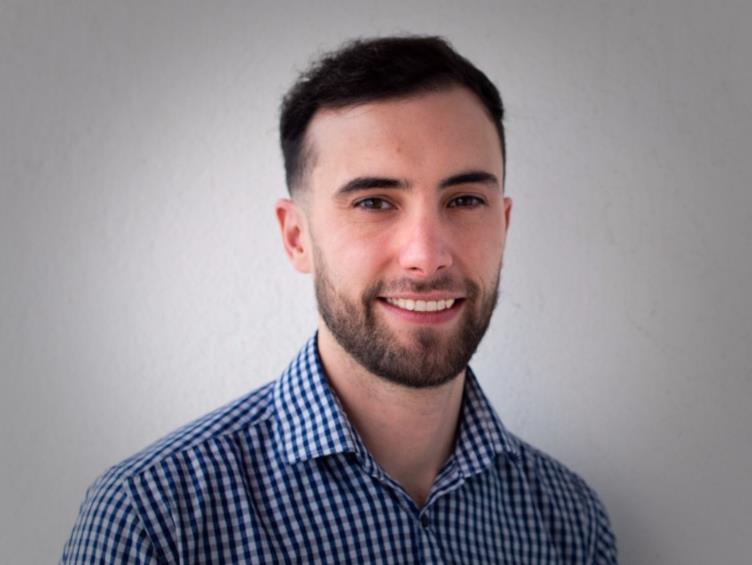 Reopening a restaurant in the current climate is a scary business, but this safety company, founded by Liam Jones, above, is helping businesses in the North West get back on their feet with a ‘pay what you can’ pack, offering risk assessment guidance and help in deciphering legislation. Businesses taking part receive a Covid-Safe certificate to display on their websites and window fronts, as well as a visit from an adviser. foursquaregroupltd.com

This zero-waste market and health food supplier started delivering to customers’ doorsteps when lockdown meant they had to shut their doors. As well as offering customers their own fresh and dried produce, spices and milks, they also started delivering for other small, independent hospitality businesses, offering eggs, prepared meals, beers and wine as an alternative to a supermarket delivery. Future plans for their six-acre site in Bootle, Merseyside, include a community farm and an outdoor space where traders can operate safely and at a distance.littleworldmarket.co.uk 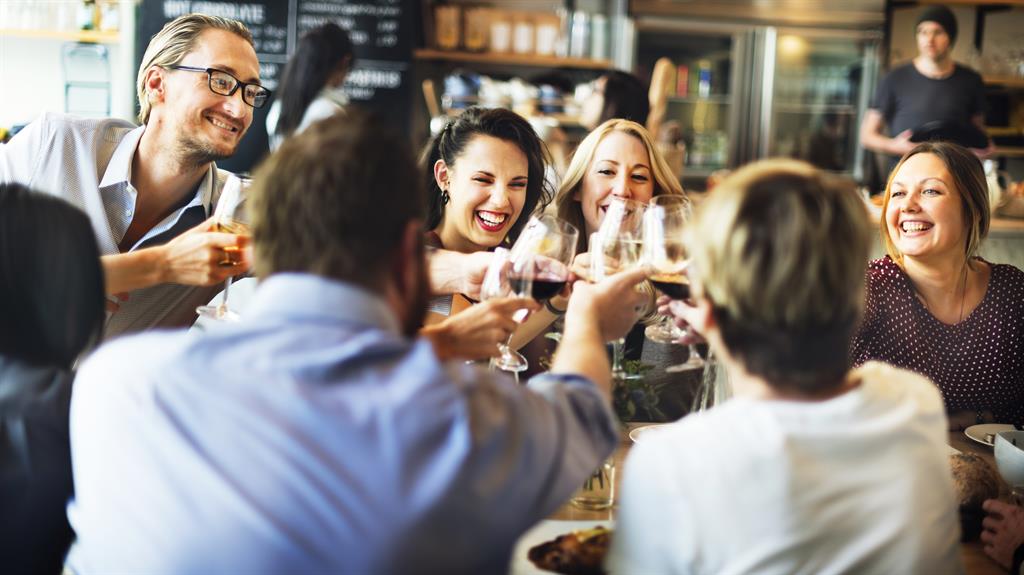 London wine merchants Berkmann are donating a percentage of profits from cases to Hospitality Action and The Drinks Trust. They are selling wines that would otherwise be bound for restaurants, in mixed cases delivered to the doorstep. By using a voucher code during checkout, customers can select the hospitality outlet you’d like to support, and receive a discount on their purchase. So far they have raised more than £46,000. help4hospitality.com 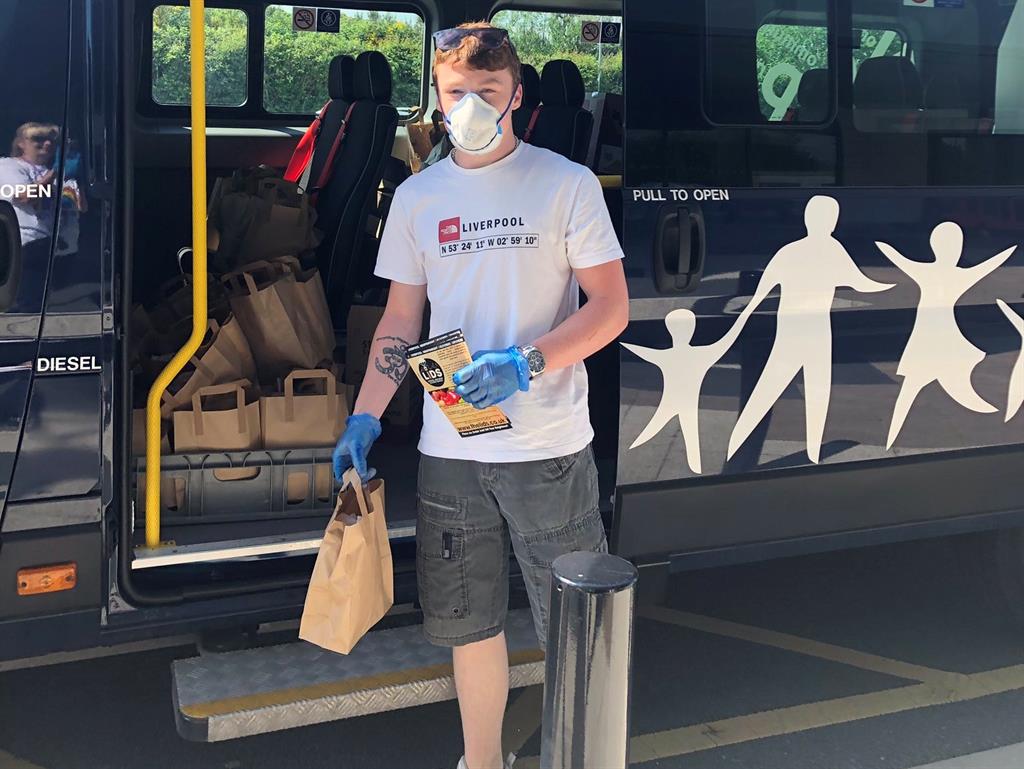 Set up by chefs as an independent answer to the big delivery firms, Liverpool Independent Delivered Services picks up produce from small hospitality businesses and drops it off at customers’ doors. It offers takeaway meal kits from cafés and restaurants, for those missing their favourite menu items, as well as online orders for a weekly shop from highstreet butchers, fishmongers, greengrocers and bakers. There’s also an option to donate remotely to a local food bank. thelids.co.uk 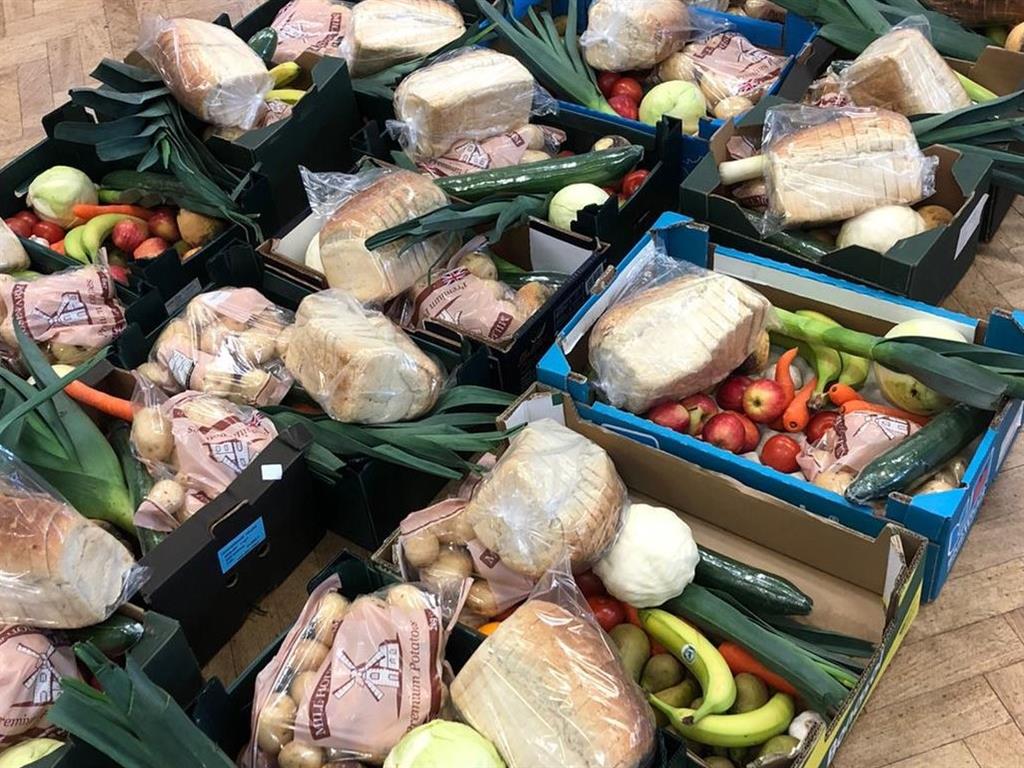 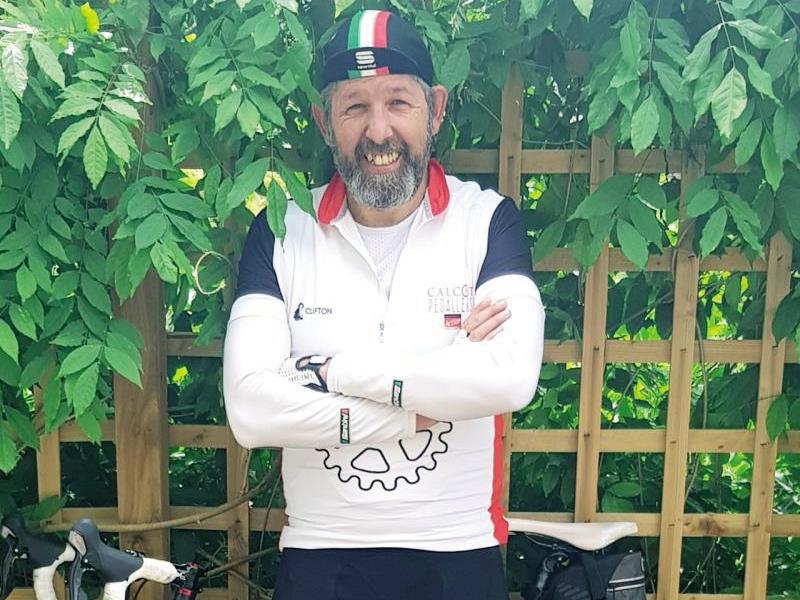 Hospitality heroes cycled, jogged, ran and walked 19,491 miles, the length of the UK coastline, to help others in the industry. The miles were run in back gardens, on treadmills, exercise bikes and cycle lanes, with a virtual starting point at Domaine Evremond, Champagne Taittinger’s vineyard in Kent, raising more than £75,000 for Hospitality Action, in just one weekend. hospitalityaction.org.uk