LOCKDOWN has been tough for many industries, something musician Frank Carter knows only too well. For Frank, lockdown put a stop to not one but two different lines of work. Not only was a summer of festival tours with his band Frank Carter & The Rattlesnakes cancelled abruptly, work on the development of his new tattoo studio, Rose Of Mercy was forced to grind to a halt, too.

‘We were meant to open in March,’ Frank says. ‘We had all the builders in and cracking on, and they didn’t show up one day as they were getting quite nervous about coronavirus, which I completely understood, and then everything went into lockdown.’

Finally, in June, when the announcement came that tattoo parlours could reopen on July 13, he was able to the workmen back in. The lockdown, has he said, turned out to be a blessing in disguise for his new venture.

‘If lockdown hadn’t happened, I don’t know how far along we would be as I’d have been on tour for most of the summer. It’s been nice to be here and be so hands-on.’

The pandemic wasn’t the only hiccup along the way for Frank. ‘This shop is the culmination of a decade’s worth of thinking, and a few major false starts. I had another premises ready in Bethnal Green, we had everything done and then the landlord pulled out. With this place, we’ve been talking to the building owner for 18 months. We’re nearly there now, though!’

So, when is the big day? ‘We’re taking private appointments from July 27, and we’ll be private for the foreseeable. We’re aiming to have a public, social-distanced opening in September — I’ve had September 5 in my head all year as that was the only date we didn’t have any touring booked.’ 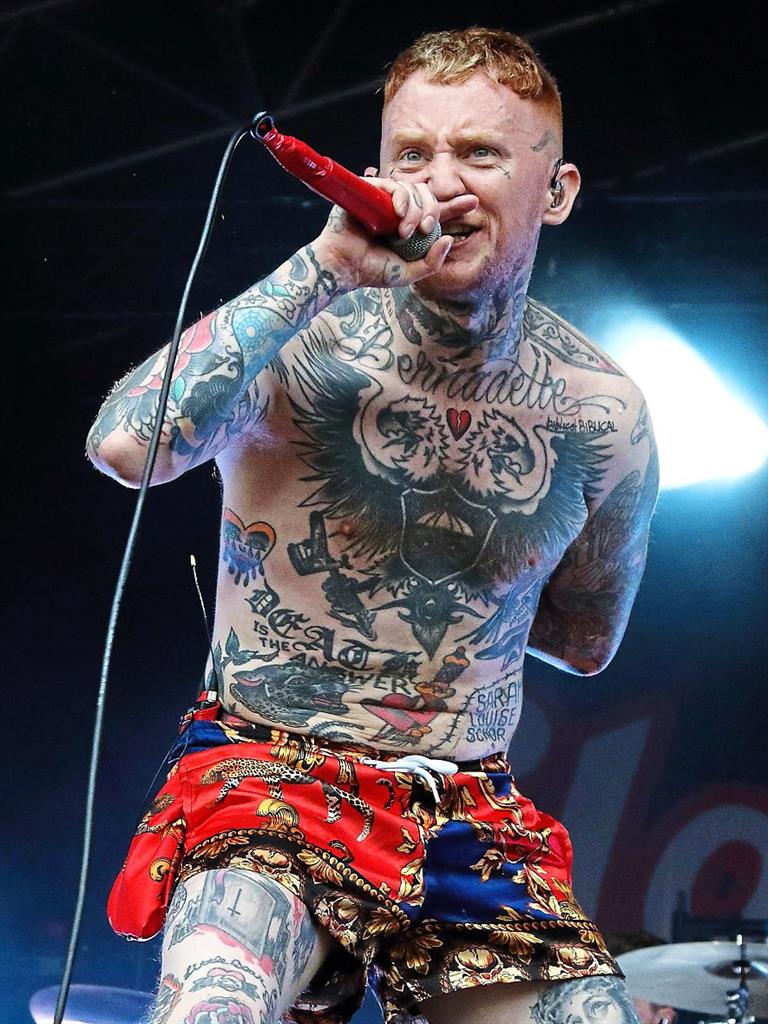 The studio will be based in Hoxton, and Frank will be joined by a team of talented artists. ‘I’ve got three young tattooists taking on the apprenticeship roles, an incredible artist called Oceane (Instagram @devils_work), a young artist called James (@eatsgold) who was my old art assistant, and Ebony (@ebonyamirax), who’s doing beautiful black and grey work based on her experiences of living in East London.

‘There’s Mouse (@skinnymaus), who used to be my apprentice, and my friend Marty (@badmoodmarty), who are both so talented. I’ve had a real hand in developing their tattooing and encouraging them. We’ll have guest spots, too,’ enthuses Frank. ‘I’m having a chat with two amazing female artists next week. I want it to be welcoming, diverse, creative and safe.’

Having a diverse team is important to him, and his partner is involved, too. ‘My partner, Blanaid Kenny, is the shop manager, and honestly I couldn’t have done it without her, it wouldn’t be the standard it is now.

‘She came in and has elevated the space, the ideas. Her idea of tattooing and mine are very different but our vision is similar. I can’t wait to see how it develops.’ His excitement is palpable.

‘I’ve been tattooing for 17 years now. I cut my teeth at Frith Street in London and was then tattooing on the road while I toured. I moved to New York for five years and learned about American tattooing. Then I brought it all back to East London and worked at Sang Bleu in Dalston.’

It’s these years of experience that have helped him shape his new studio. ‘We’ve tried to make a space that’s really light, bright, a lot of plants, wood and white wood floor. It’s all comfortable.

‘I want people to come in and be excited because, let’s be honest, being tattooed can really f****** hurt! It can be intimidating and I don’t want anyone to feel like that.’

The name is a tribute to his daughter. ‘My daughter is Mercy Rose, when I finally got to open the shop the name Rose Of Mercy made the most sense. I brought her in at the weekend and she just sat down on the floor and said she was so comfortable it felt like home, and that’s a good energy to have in a space. It got the seal of approval from the little one,’ he smiles.

The tattoo industry has found its voice

RATHER than sit at home twiddling his thumbs while waiting for permission to reopen, Paul Tipping of Township Tattoo decided to be proactive and raise awareness of the challenges many in the industry were facing over lockdown.

‘I sent an email and a Facebook message to our local MP, Greg Smith, asking for help and for answers. A lot of other artists and clients had received generic answers from their MP, so when Greg said he’d meet with us and see the studio I was really taken aback,’ says Paul.

A visit to the studio was arranged to show the measures they had put in place. Making the studio Covid-safe wasn’t cheap. ‘The costs of refurbishment soon mounted up, it was £1,400 just for protective screens,’ says Paul. ‘On top of that, a lot of our essentials have now had a mark-up. For example, a box of 50 masks used to be £3.95. That went up to £29.95. It’s now come down to £22.95 but it’s still a huge increase.’

Paul decided to gut the studio and start again to make it as safe as possible. ‘We reshuffled where the beds and counters are, and there are huge screens between the beds and the working areas. The rest are procedural changes: a contactless thermometer, a list of questions for when people come in, then the client is given hand sanitiser and a mask, and gloves if they want them,’ he explains. ‘We have staggered start times, so clients don’t have to wait with each other. We’ve got wrist guards, aprons and visors, which are an essential requirement.’ 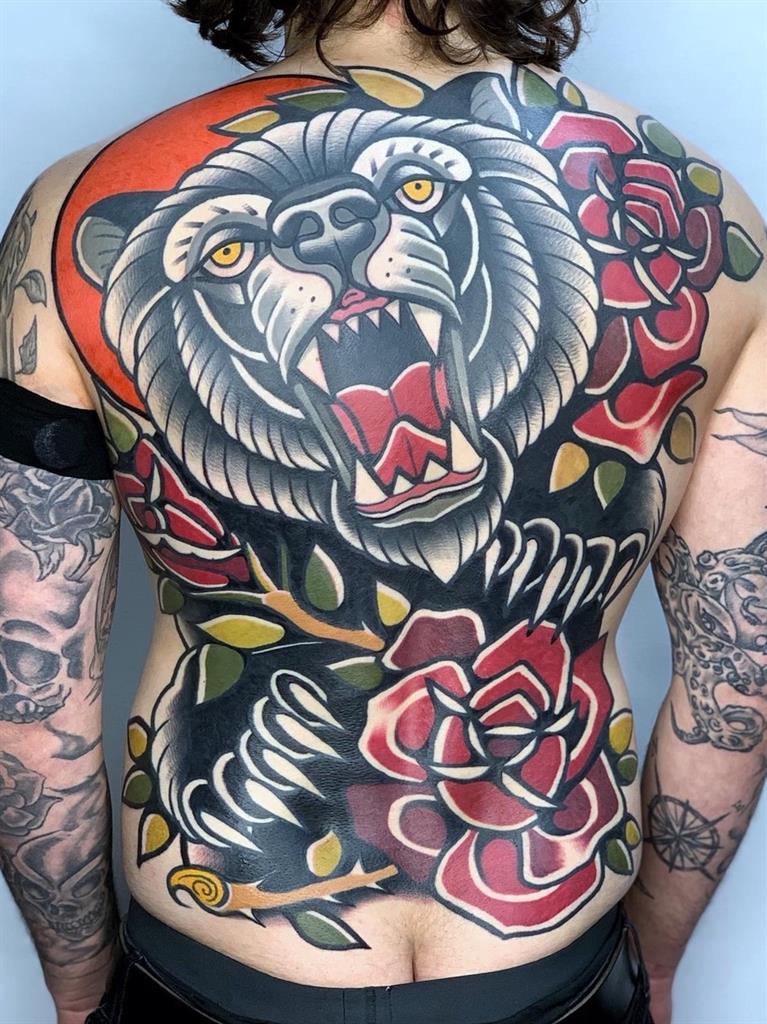 Paul has been tattooing for 11 years, specialising in bold, colourful designs, and says lockdown has created a new sense of community within the tattoo industry. ‘We’re trying to keep that momentum going and want like-minded people to get in touch. The more people on board the better. We want to create some sort of recognised body that can stand up for us if this situation ever happens again.’