WE’RE always being told to ‘think outside the box’, but thousands of creative British businesses that do just that are unable to open, because they don’t fit into the government’s neat categories for the purposes of Covid-19 safety guidelines.

Children’s entertainers, professional musicians who train amateurs, outdoor playgroups and pet trainers are just some of the businesses who have been left in limbo,

‘Every time the government update their guidelines, children’s entertainers scramble to read through to find what we are allowed to do, except this is so open to interpretation that it’s hard to decipher and therefore we still cannot work,’ says Jade Foster-Jerrett, who trades as party entertainer Jelly Jade.

While restaurants, schools and professional performers have been provided with specialised guidance that allows them to be confident that they can open safely, businesses like Jade’s are finding that the situation is far less clear cut. Professional actors and musicians have been told that they can rehearse and work, but there has been no guidance that seems to fit her situation.

‘I had a meeting with the trade union Equity, and even they were none the wiser,’ Jade continues. ‘Our industry is scared and worried, understandably, as we don’t want a lawsuit against us!’

Michelle Ovens, the head of Small Business Britain, agrees. ‘Certain types of businesses — from children’s entertainers through to flotation centres or musical ventures with choirs — do fall a little in between the guidance. However, the government is certainly doing its best to support businesses and it would be near impossible to design specific guidance for every type of business out there.’ The forgotten sectors

For these ‘grey area’ businesses, decisions on opening up can be nerve-racking and may involve local negotiations and nervous conversations with insurers.

Emma Baylin runs Shared Harmonies, a community-interest company that offers singing as a well-being initiative in care homes, and for corporate training and workplaces.

She says that the guidance is not written with organisations like hers in mind. ‘It has been left to individual networks to find and communicate among themselves. This has created uncertainty and confusion,’ she says.

‘For example, a number of community practitioners started outdoor singing in groups of up to six people after being told people could convene in this size group, only to be now told (in light of the guidance) that they are not allowed to do this if it involves singing of non-professionals, and have been putting their participants at unnecessary risk!

‘We understand that there has been a need to focus on the immediate threats and impacts of Covid-19 and the protection of the economy but it feels like in this guidance a whole body of people has been missed. This appears to be often the case within discussions about the arts, the arts being seen only as those large professional institutions and those that operate within them or access them.’

The Musicians Union’s General Secretary, Horace Trubridge, has said that the union is calling for ‘meaningful evidence and guidance as soon as possible’ on the role of singing and wind and brass instruments. Until then, Emma is not able to open her choir.

Children’s groups such as toddler music and art classes are also concerned, particularly if they don’t have their own premises. While guidance has been issued for daycare and schools, these classes do not fall into the same category.

Carla-Marie Lett, who runs pregnancy and pre-school business website mybump2baby.com, says that her members are struggling hugely because there are no clear guidelines.

‘The longer this goes on, the harder it is for them to reopen,’ she warns. ‘New and expectant parents are also struggling as a result of the lack of guidance, we are seeing a huge increase in enquiries but businesses are still unable to officially open. Delaying the clear guidelines is terrible for both small businesses and parents and could result in an increase in maternal mental health problems.’

Entertainer Nicole Louise Geddes, who runs Manic Stage Productions, agrees. ‘The guidelines change so quickly it’s hard to navigate and know what to do for the best,’ she says. ‘My entertainment business is completely on hold.’

seek advice Interpreting guidelines can be hard, but some ‘between the cracks’ businesses have found help by involving local authorities or trade associations. Tom Euinton, who runs a flotation centre in London called Float Hub, is one of them. He found the guidance on spas, released on June 23, confusing.

‘We don’t exactly fit any of the prescribed categories,’ he explains. ‘As a float therapy centre, we are not a close- contact business, and people come to float silently in private rooms, in a solution that kills coronaviruses. We disinfect each room between each use, so we think it’s hard to imagine a safer environment from Sars-Cov-2.’

Tom contacted Hackney Council’s Environmental Health Office to ask for their views. ‘After reviewing our service, risk assessment, and Covid response, thankfully their view was that we seem safer than just about any other business.’

Not everyone has been so lucky. ‘We were fortunate our council took the time to review our case,’ says Tom. ‘It seems most councils around the country have been afraid to do so, meaning we’re one of few with written approval to be open.We managed to reopen on July 4, but there has been some confusion amongst the public about whether we’re in a category, and whether we’re open.’

Many businesses are also relying on guidance from their trade associations. Dog trainer Joe Colling Nutkins says she has relied on the Kennel Club to help her to draw up safe reopening plans. ‘There isn’t anything specific for us,’ she says.

Meanwhile, Deborah Annetts, CEO of the Incorporated Society of Musicians (ISM), says that her industry is doing the best it can to help its members. ‘Government guidance for musical activities is spread across different departments, is sometimes contradictory and is often unclear,’ she says. ‘This has caused considerable confusion and uncertainty among our 10,000 members, many of whom are facing acute financial hardship and fear they will not be able to return to work in the near future.

‘The ISM has attempted to support our members through this and to provide clarity where the government has not. We have even produced a comprehensive review of current research concerning Covid-19 transmission in performance and education spaces so that the music community has access to the knowledge and guidance from other countries.’

But for the survival of many forgotten British businesses, government guidance on how and when to reopen can’t come soon enough. 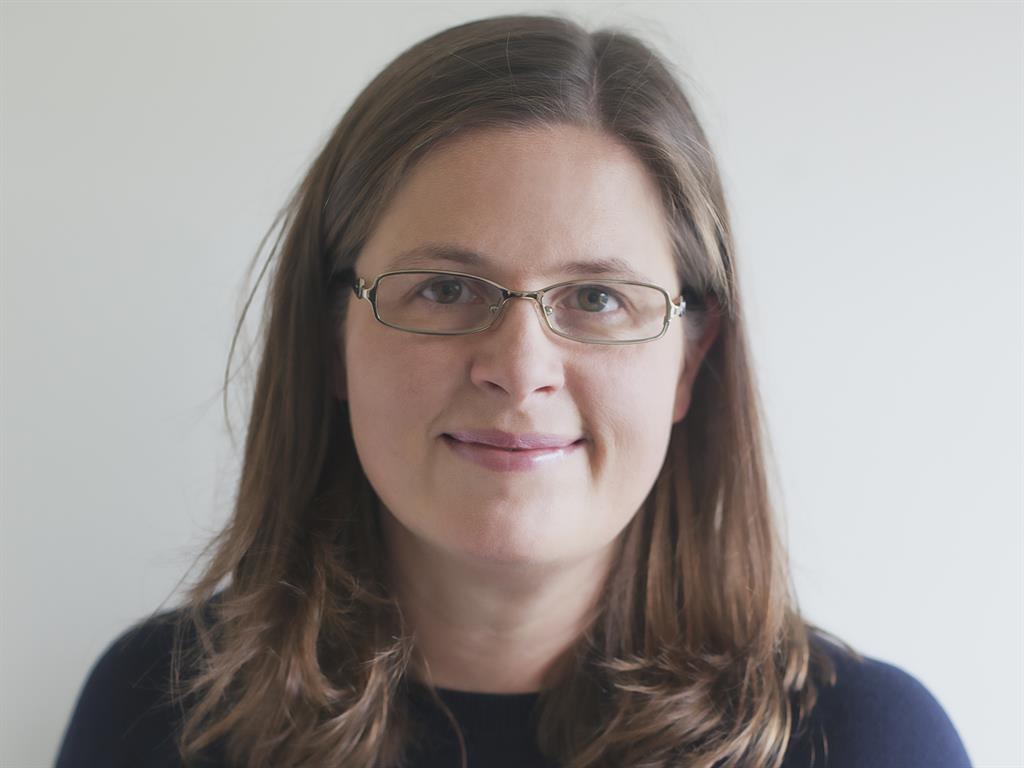 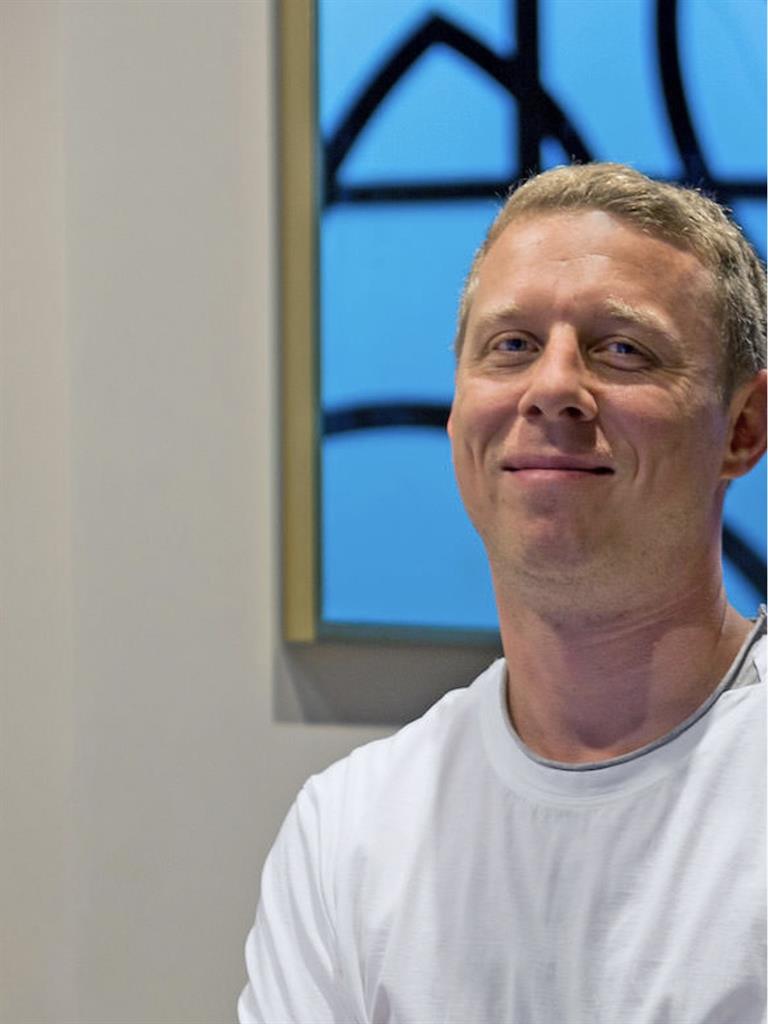 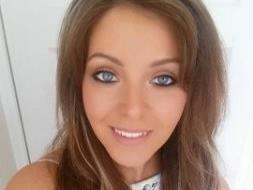 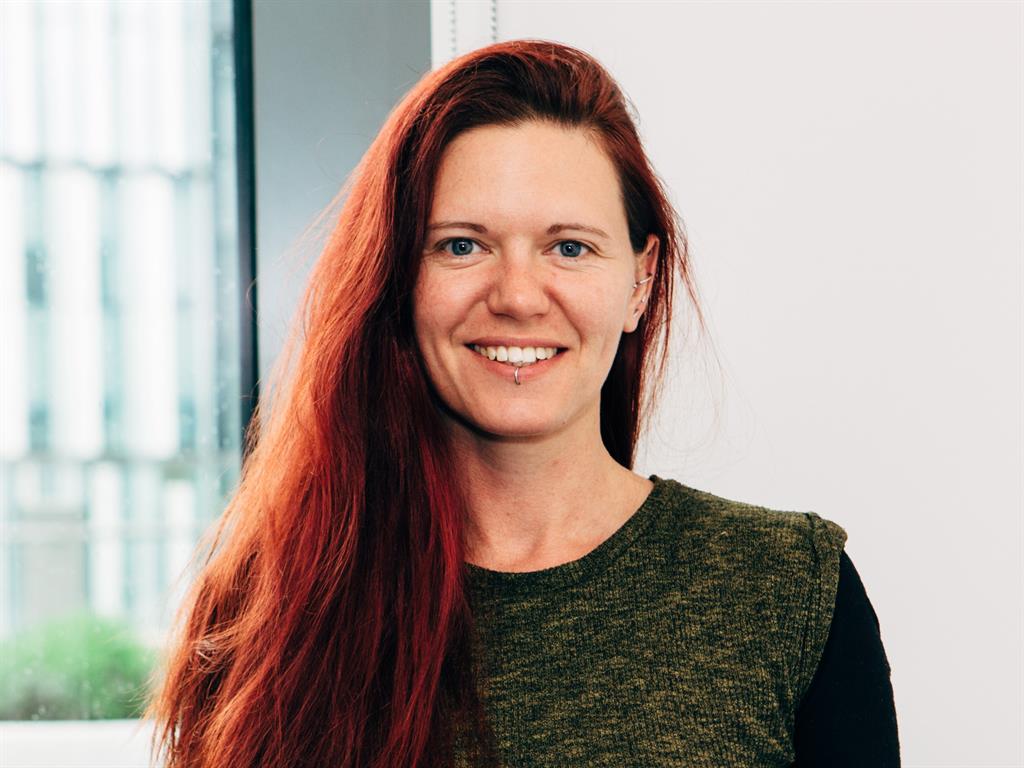 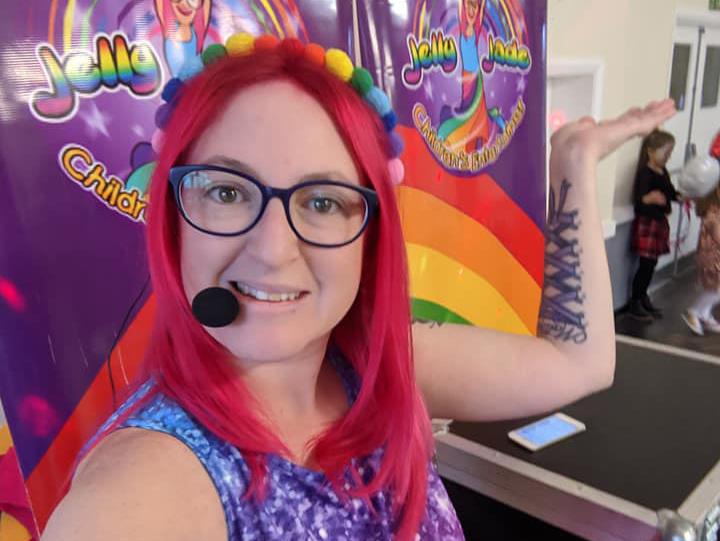 ‘It isn’t clear what we can and can’t do’

Carol Murdoch runs outdoor learning business Love Outdoor Learning in west Lothian, which gets parents and children out into the open air to carry out nature and survival activities such as making dens and fires and identifying wildlife.

Although there is guidance available on taking children outside in small groups, she has had to remain shut because it doesn’t seem to apply to her business, which involves entire families.

‘The guidance contradicts itself,’ she says. ‘It says that children should be safe outside but the adults should social distance from the children, and because parents come along to my activities it looks like they can’t happen because then there will be too many people. 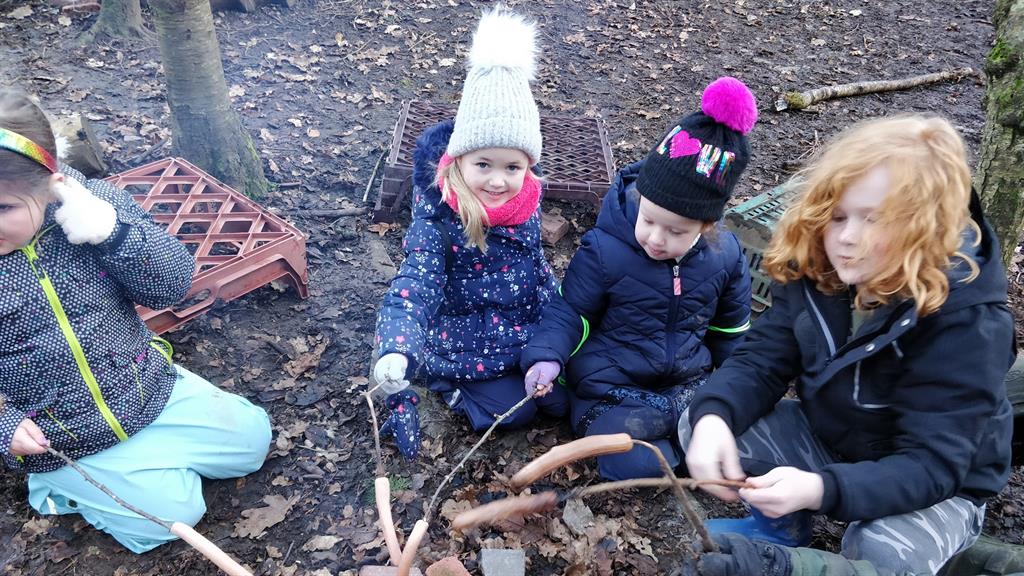 ‘Parents assume that my activities can happen because there is a focus on outdoor activities involving children being safe, so they ring me up asking when we can open.’

Carol, inset left, said that teaming up with other similar groups in her area of Scotland has been really helpful.

‘We can share information from different bodies,’ she says. ‘We just want everyone to be safe but it isn’t clear what we can and can’t do, and it is changing all of the time.’

‘It’s a minefield — and it feels very scary’

Musician Elizabeth Lusty runs the Love2Sing Choir, a group of non-auditioning choirs aimed at improving well-being and mental health as well as musicianship.

As a professional, she is allowed to rehearse and even perform outside, but because her members are amateur, they are not allowed to sing together as there is no guidance for amateur musicians. As a result, she’s unsure when the choir will ever sing together again, and has had to let her two employees go.

‘There’s lots of discussion on choir websites about whether we can do anything, but people don’t know if they can get insurance or find a venue. It’s a minefield,’ she says. ‘I don’t think we will sing together again this year.’ 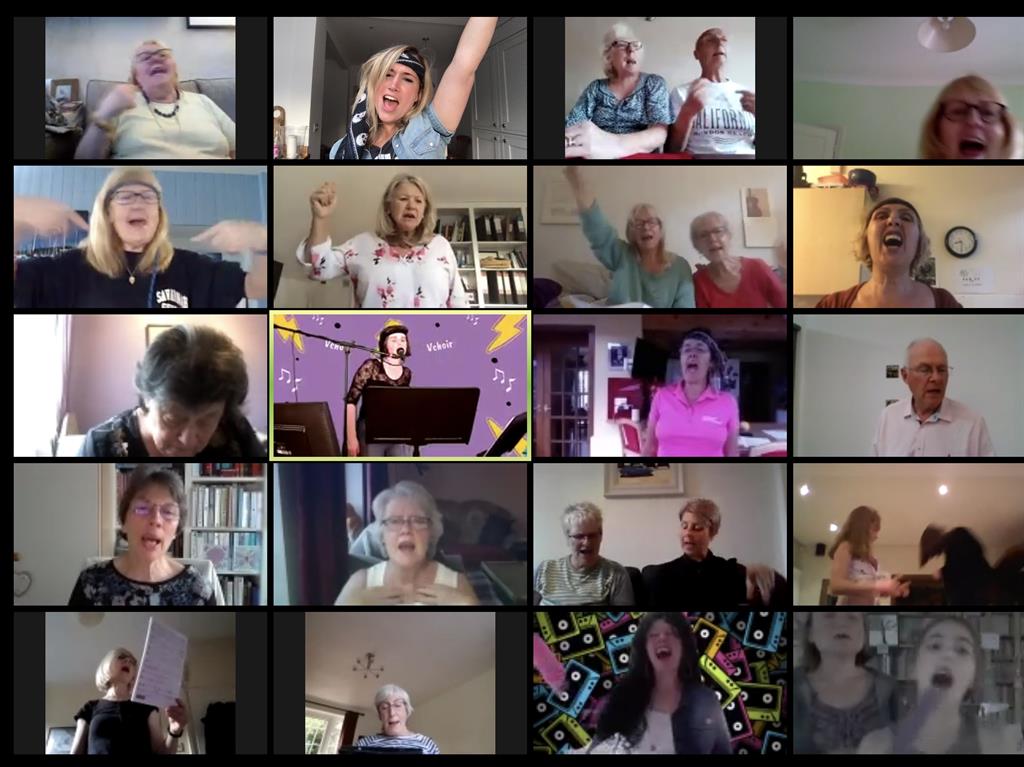 Elizabeth, from Ealing, West London, has started a virtual choir called V Choir, which she says is successful but ‘not the same’.

‘This is new, different and scary, but there are opportunities,’ she says. ‘I”ll admit that it’s dicey.’

Elizabeth says that clearer guidance and fewer ‘scare tactics’ would help her business. ‘If people are ever to go back to choirs we need proper guidance about how to make it safe,’ she says.

‘We need proper, transparent, peer-reviewed research to tell us about how to get people together to sing again. By not addressing it they are making it a scary thing.’