THOUSANDS of small and medium UK businesses are still waiting for the government’s promised funding help, four months after a flagship loan scheme was announced. Bounce Back Loans are meant to be the most suitable option for small businesses needing emergency funding, but companies are struggling to access the cash due to high street banks tightening up their criteria and newer ‘challenger’ banks having huge waiting lists or not being able to offer the loans at all.

‘The Bounce Back Loan would have at least helped me survive a few more months and keep my business going,’ says Lauren Hutchinson (below), who runs ethical store Earth Friendly Rocker (earthfriendlyrocker.co.uk), and has been waiting months for funding. ‘I now find myself with no meaningful support from the government for my business and no idea what I’m going to do to survive.’ 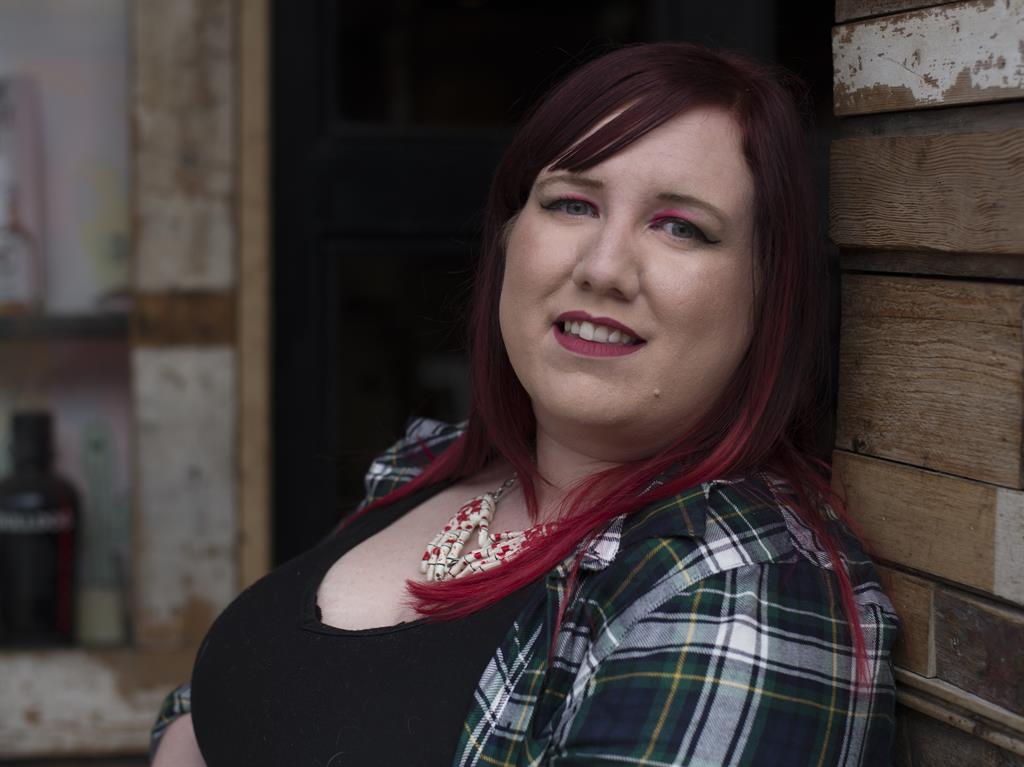 Small businesses out in the cold

The loan problem stems from the way the Bounce Back Loan Scheme (known as BBLS), is structured. When chancellor Rishi Sunak announced the new ‘micro loan’ scheme for coronavirus-affected small businesses back in April, it was meant to be a way to get money to affected businesses fast.

The loans, which cover 25 per cent of turnover up to £50,000, are guaranteed by the government, which also pays the interest on the loans for the first year. Payments are made within 24 hours of loan approval, and Sunak said that the loans have ‘no complex eligibility criteria’. However, they must be applied for through a high street bank, and these banks can pick which businesses they lend to.

Mike Cherry, chairman of the Federation of Small Businesses (FSB), says that this has left many small businesses lacking the money they desperately need, because they don’t bank with a big high street name such as Barclays, Lloyds or Santander. Instead, they bank with so-called ‘challenger’ brands such as Tide or Starling, which offer good value business accounts but are not offering as many Bounce Back Loans.

‘The big banks have prioritised existing customers when it comes to bounce backs,’ Mike Cherry says. ‘The approach is understandable to an extent, but risks entrenching a lack of competition within the small business banking market and leaving firms in need out in the cold.’

Lauren, at Earth Friendly Rocker, holds her business account with Tide. She chose the provider, which is an electronic money institution rather than a bank, because it offers a good app-based service and she wanted to support a smaller provider.

Although Tide initially offered the loans, it then ran out of money to lend out. ‘I waited and waited, kept chasing my application to be told that they were experiencing unprecedented demand,’ Lauren says. ‘Then, I recently received an email from them to advise that they would no longer be offering the Bounce Back Loans as they’d basically run out of money. Trying to find alternative ways to get a Bounce Back Loan, I’m completely stuck. All the larger banks that are still able to offer them are prioritising existing customers and the ones that have let me apply just turned me down straight away despite no adverse credit.’

Oliver Prill, CEO of Tide, says that the organisation has lent £50million through the scheme but it has to raise money through third parties in order to lend it out and the way the scheme is structured makes this ‘commercially unattractive’ for the third parties.

‘We worked hard to be accredited to the scheme as we know that around one million SMEs don’t bank with the Big Five and that the traditional banks were not allowing new customers to apply for Bounce Back Loans,’ he says. ‘We were able to raise and lend over £50million, a significant amount for a business of our size. The only way for Tide to resume lending through BBLS is for the government to provide direct funding for the scheme. We have written to the Chancellor and Bank of England about this.’ 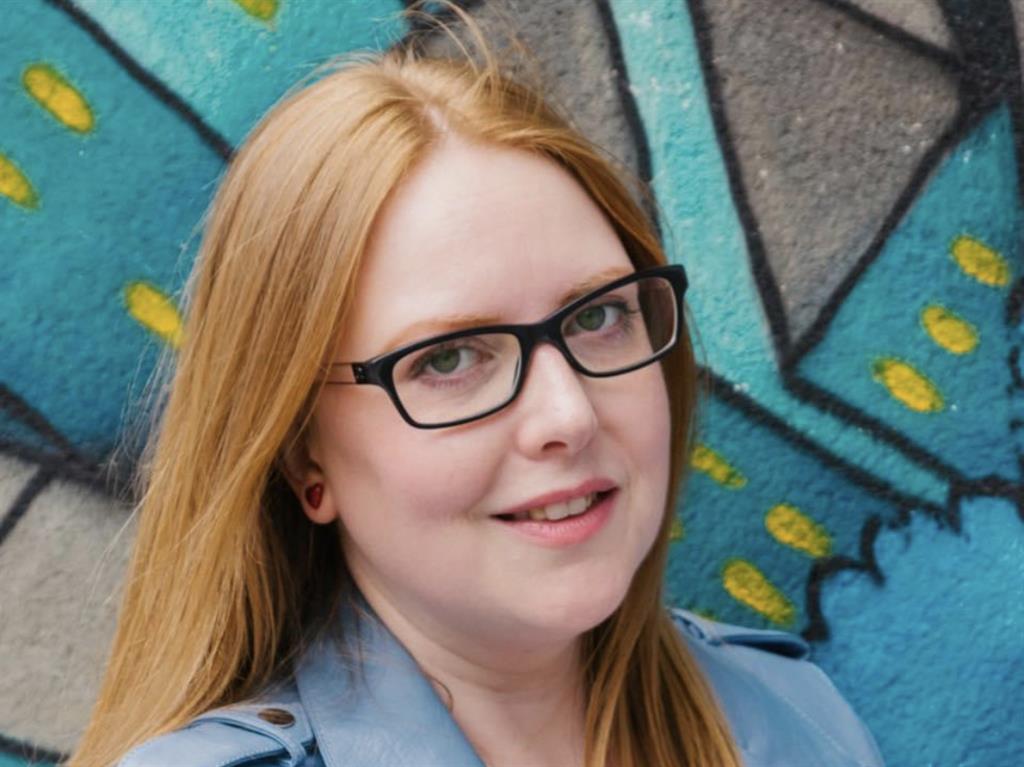 Leah Steele (pictured above), a former lawyer who runs her own business providing mentoring for those dealing with burnout, called Searching For Serenity (searchingforserenity.co.uk), was told that Starling had a 55,000-strong waiting list when she opened an account and applied for a loan.

‘I didn’t need a business account before as I was able to operate my business through PayPal and other electronic systems,’ she explains. ‘I applied to both Barclays and Starling for an account. Barclays took two-and- a-half weeks to even acknowledge the application. Starling opened Leah’s account immediately but informed her she was on an ‘interest list’ for the loan — with 55,000 other companies. ‘I’ve not heard any more and I’ve basically given up on it,’ she says. ‘I still need the loan. I have debts to pay. I’m disappointed the implementation of this has been so patchy.’

Starling says that, unlike Tide, it is still lending money, but that getting through its interest list is taking time. A spokesman says: ‘We know that many small business owners are desperate for a BBLS loan and are frustrated at having to wait to be invited to apply from our interest list, so we are very upfront with people when they join the interest list about what to expect. We make it clear that it may be some weeks before they are invited to apply for a loan and we stress there is no guarantee everybody on the list will be invited to apply.

‘As we work through the interest list, we’re prioritising established business customers who are using Starling as their primary account. This is the fairest approach. Last week, for example, we invited 3,500 small businesses on the interest list to apply for a BBLS loan.

‘Many BBLS lenders closed their doors to new business customers from day one, but we have remained open for new business accounts and we are offering BBLS loans to new customers. This means that we’re picking up a lot of demand from businesses that have been turned away from other BBLS lenders and have nowhere else to go.’

Starling says it will continue to lend to businesses until November, when the scheme closes.

UK Finance says that the ‘vast majority’ of applicants are able to access funding under the scheme. ‘There are now 26 accredited lenders offering Bounce Back Loans, including some that are open to new customers,’ a UK Finance spokesman says. ‘117 million SMEs have received over £35billion in loans so far through the scheme, an average of almost 100,000 loans a week.’ The government also claims the scheme is a success. ‘Our loan schemes are helping hundreds of thousands of firms get finance quickly at low, affordable rates, with over a million Bounce Back Loans issued,’ a spokesman for the Treasury says.

However, the Treasury acknowledges that most accredited lenders are only offering the loans to existing customers, despite the fact they have been asked to open to new customers ‘as soon as operationally possible’.

Businesses whose own bank won’t offer them a Bounce Back Loan, but who are still struggling, should ask other banks if they would be open to offering one, suggests Cheryl Sharp, founder of small business accountant Pink Pig Financials. ‘That said, it is getting harder,’ she says. ‘One of my clients has just given up.’

Cheryl says alternatives include CBILS (the Coronavirus Business Interruption Loan Scheme), which offers larger sums of money but requires a more onerous application process. There are 104 CBILS lenders in the UK, and the British Business Bank website (british-business-bank.co.uk) has a list of all of the lenders for both CBILS and BBLS.

Alternatives include crowdfunding, says Michelle Ovens, founder of Small Business Britain. ‘Reaching out to your customers and communities for support is absolutely appropriate at this time and many are responding positively.’ Other forms of support are available so check gov.uk/coronavirus/business-support for details.

An estimated 70,000 businesses missed out on coronavirus emergency loans from local councils before the scheme closed last week. August 28 was the deadline for the UK government’s small and medium business grant schemes, and many didn’t claim in time, particularly in Cornwall, Dorset and Birmingham. Salman Haqqi, personal finance expert at money.co.uk, which calculated the figures, says there was ‘confusion’ about eligibility.

Other schemes are also winding down, with the furlough scheme ending in October and Bounce Back Loans closing in early November.

With this in mind, Cheryl at Pink Pig stresses that it is important to think about your financial situation as soon as possible. She says: ‘Speak to your bank fast, as these deals won’t be open for long.’ 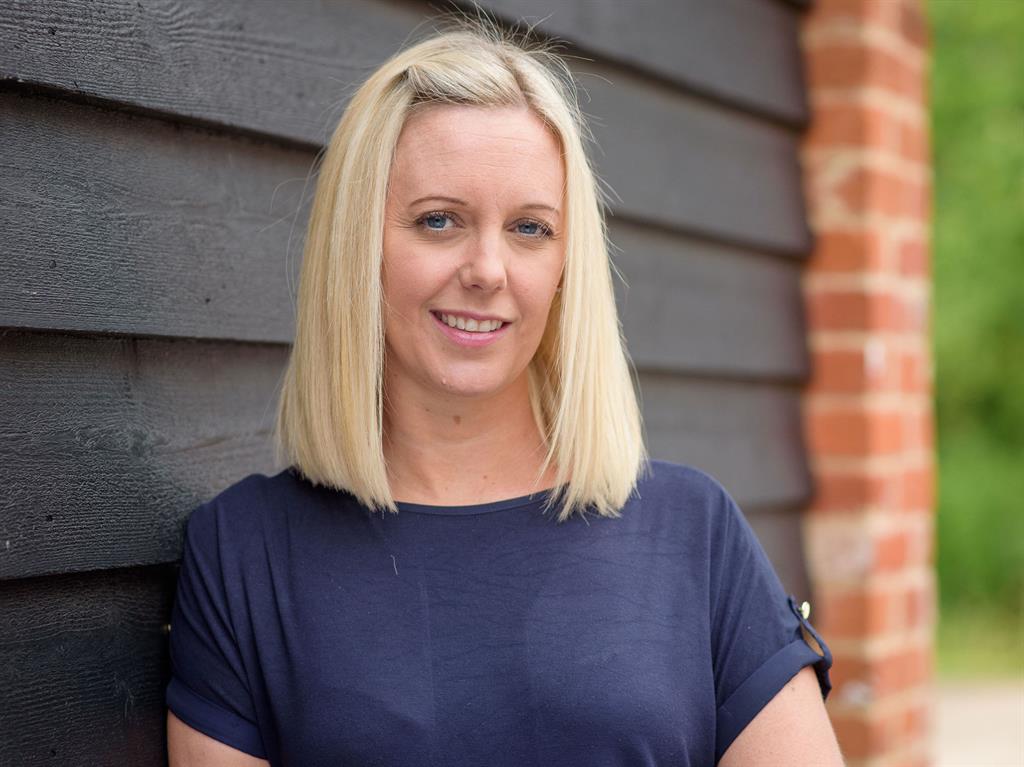 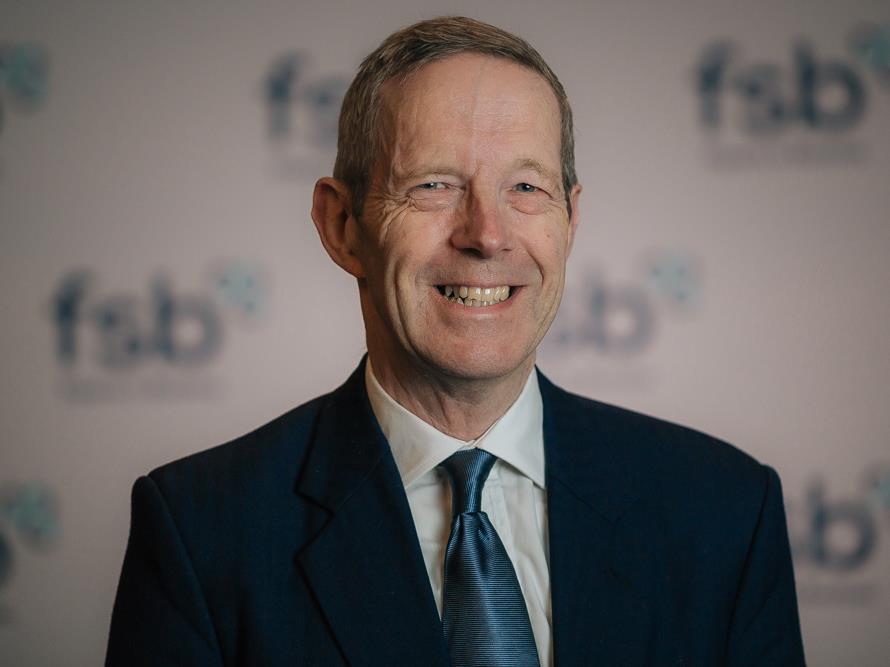 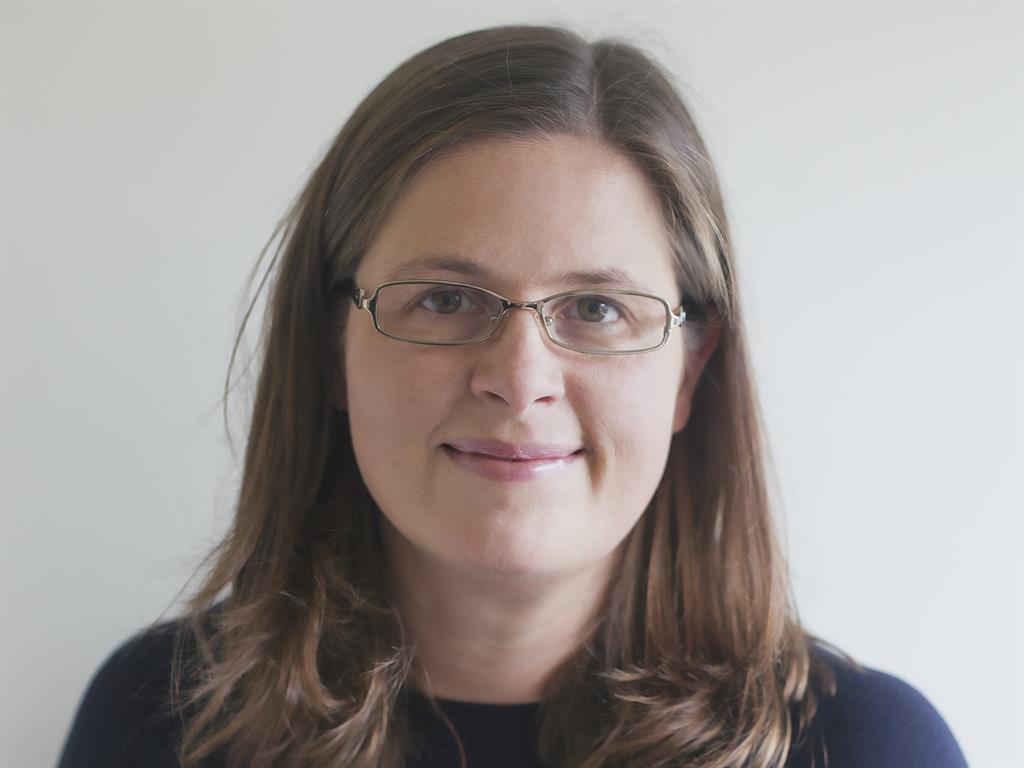 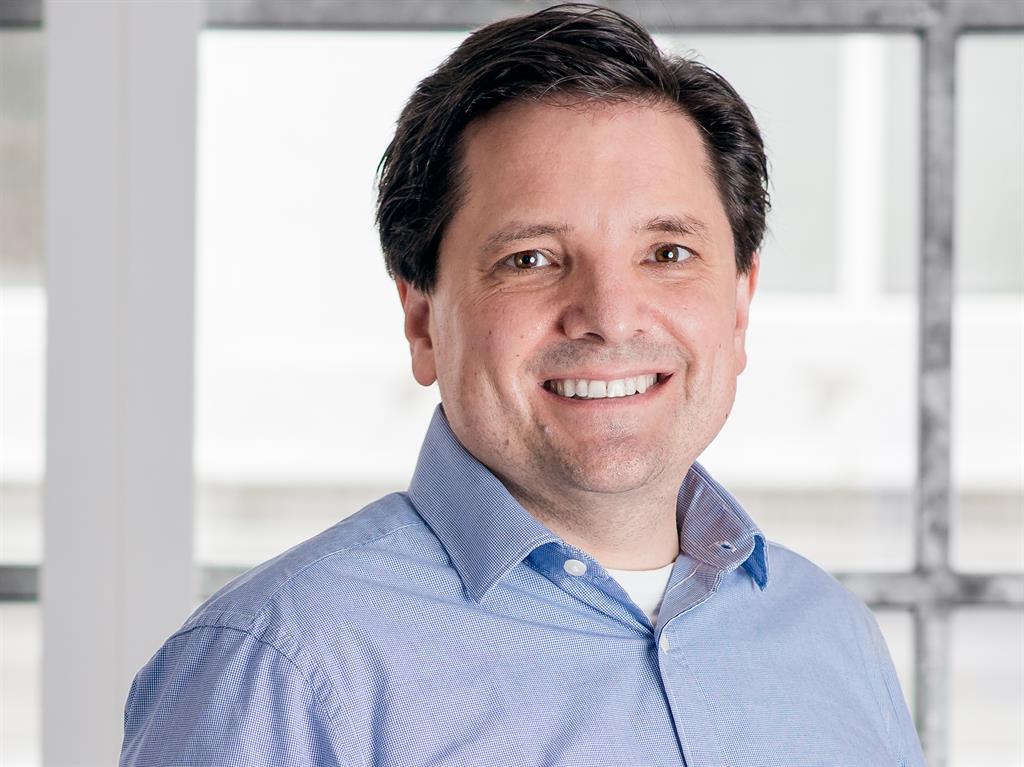 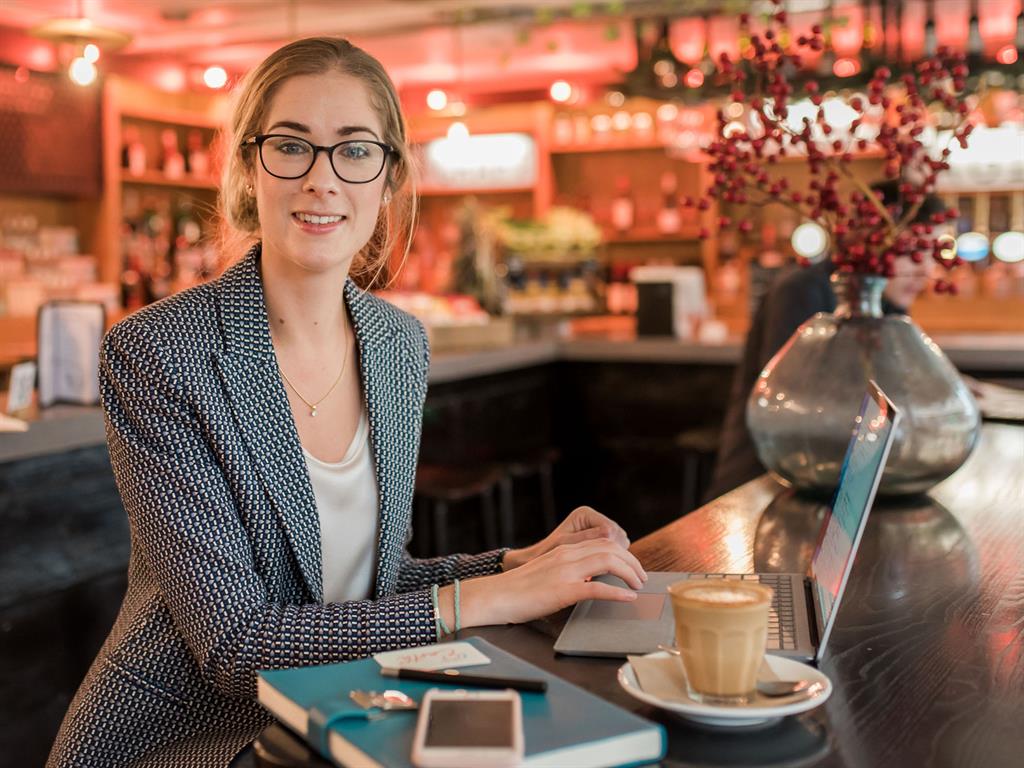 ANDREA PUGH is the founder of It Won’t Cost The Earth, a sustainability marketplace based in Abingdon, Oxfordshire.

She joined Tide when she launched her business because she wanted to work with a smaller bank.

‘I regret it now,’ she says. ‘I applied for the loan and they said they would let me know and then we kept getting emails saying applications would be opening and then they said they were full and wouldn’t lend to me.

‘Luckily I have sourced some private finance, but lots of people have not been so fortunate.’

Andrea, who only founded her business earlier this year, says she is already refocusing it to sell more gift items, having discovered that this is what sold during lockdown.

‘People aren’t generally spending on things that they don’t need, but they are spending on sending things to other people to cheer them up,’ she says.