PRINCE HARRY yesterday offered his personal view on saving the planet — as he guest-edited the National Geographic’s Instagram account for the day.

The 35-year-old royal took charge of the publication’s social media account to launch a campaign called Looking Up, on which he will work with the magazine’s photographers to highlight indigenous trees and how vital they are for life on earth.

The prince asked Instagram users to share their own pictures of trees and also shared his own photo. He took the picture lying on his back in Liwonde National Park, Malawi, as part of his official visit to Africa with Meghan and baby son Archie. 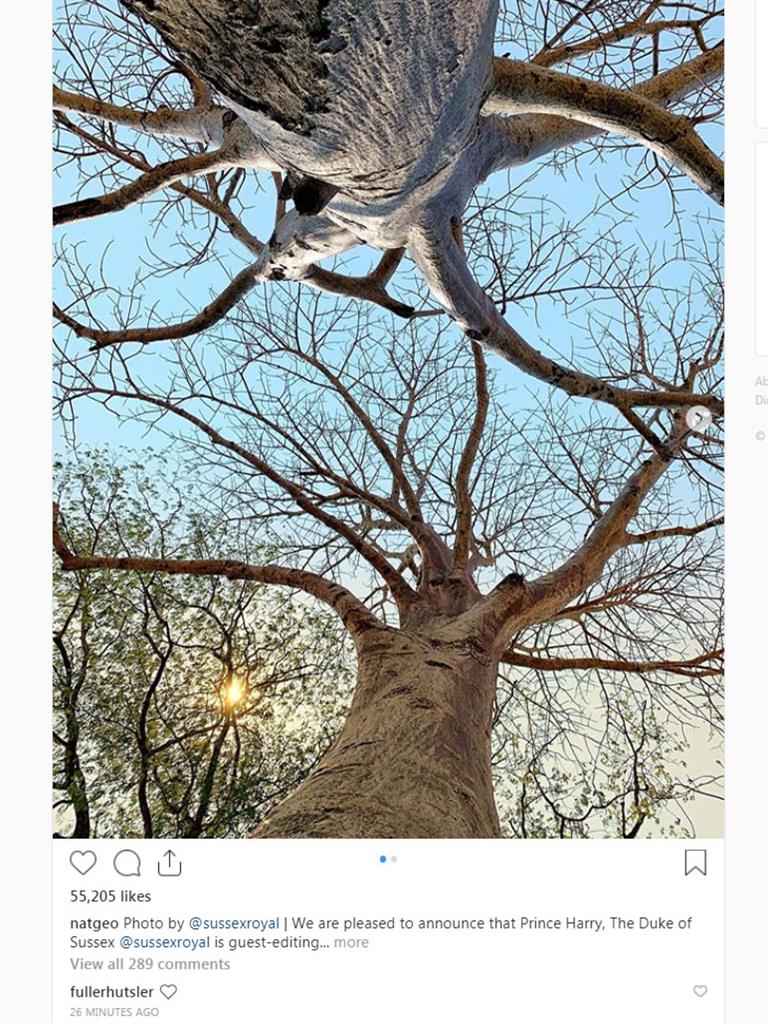 News of Harry’s Instagram campaign came after he urged people to boost their efforts to safeguard the planet and warned that humans need to learn from past mistakes and overcome ‘greed, apathy and selfishness’ to protect the world. He wrote in the Daily Telegraph: ‘This may well sound hippy to some. But we cannot afford to have a “them or us” mentality.

‘Nature teaches us the importance of a circular system, one where nothing goes to waste and everything has a role to play. If we interfere with it, rather than work with it, the system will break down.’