DONALD TRUMP has appeared to back down from his threat of further military action against Iran — just hours after it fired 22 missiles at two US airbases in Iraq.

The president told a press conference he would impose ‘powerful sanctions’ on the country and was ready to ‘embrace peace’.

He had tweeted only days ago that he would strike ‘VERY FAST AND VERY HARD’ if Iran retaliated over the US assassination of top general Qasem Soleimani last week.

But despite his apparent U-turn, he claimed it was the country’s regime that had decided to ‘stand down’, faced with the threat of American military might.

He said early warning systems at the bases — also used by British troops — ‘worked well’ and no lives were lost.

Iran’s supreme leader Ayatollah Ali Khamenei said the attacks were only a ‘slap’ to the US and ‘not sufficient’ to satisfy the need for revenge. 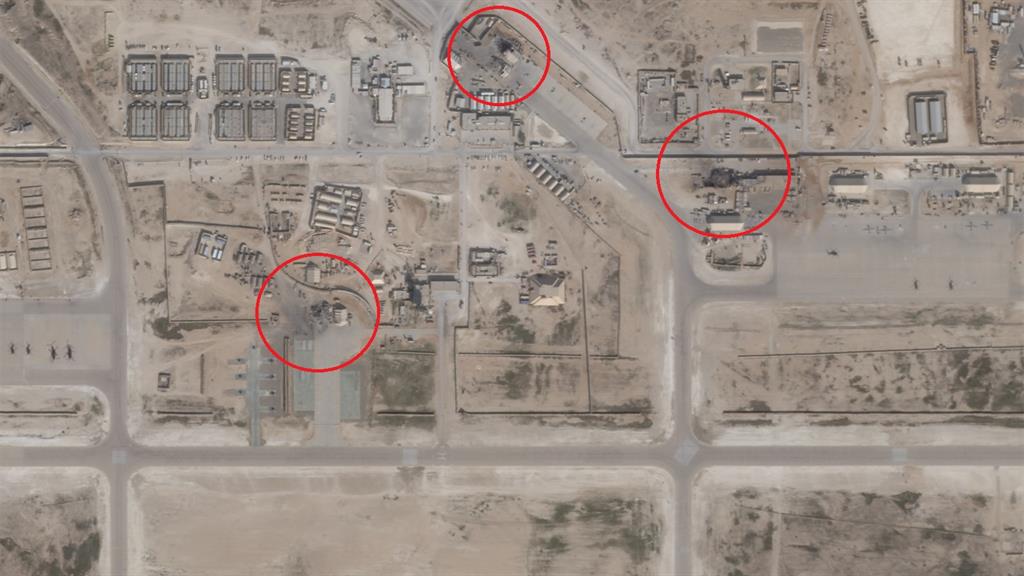 But there were signs both sides wanted to save face while avoiding an all-out war, as Iranian state TV fed public appetite for retribution by claiming that 80 ‘American terrorists’ had died in the strikes.

Mr Trump said: ‘The American people should be extremely grateful and happy. No Americans were harmed. Only minimal damage was sustained. Our great American forces are prepared for anything.

He said US economic and military power was ‘the best deterrent’ but added: ‘The fact we have this great military and equipment does not mean we have to use it.’

Soon after, 176 people including three Britons died when a Ukrainian airliner crashed minutes into its flight from Iranian capital Tehran. The cause of the catastrophe was unclear last night. Mr Trump, who says Soleimani was killed because of an imminent threat to the US, yesterday called him a ‘monster’. Branding Iran the ‘leading sponsor of terrorism’, he gave no details of the new sanctions.

Boris Johnson made his first public appearance in almost two weeks as he addressed the crisis in the Commons. He said that the multinational agreement of 2015, which the US pulled out of last year and Iran has now also rejected, was still the ‘best way’ to stop the country making nuclear weapons. ‘We think, after this crisis has abated, that way forward will remain,’ he said. He condemned the rocket attacks and spoke by phone to Mr Trump — before the president’s press conference — calling for de-escalation.

Camp Cupcake, which had own KFC, was Iran target 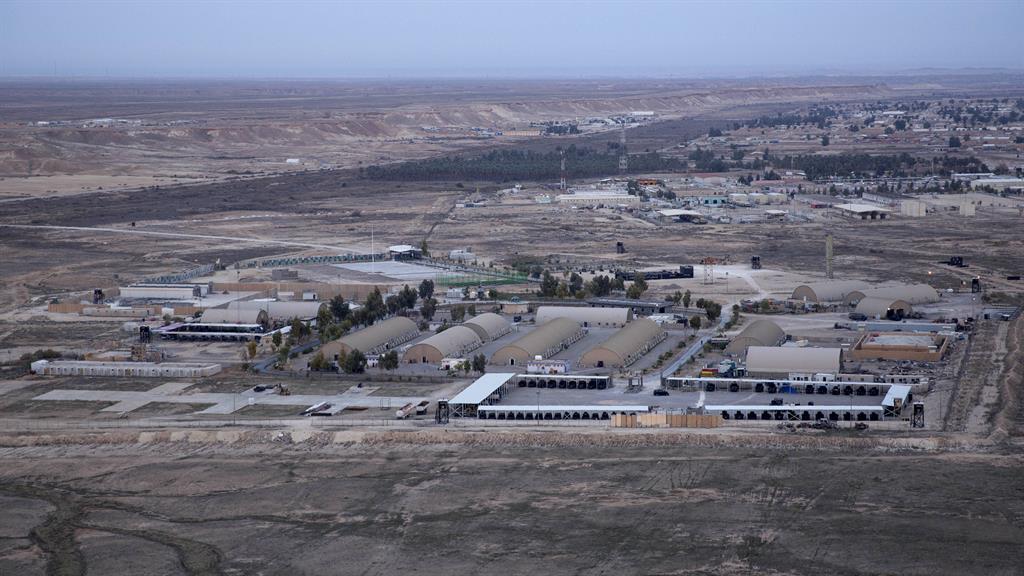 ONE of the US-occupied airbases bombed by Iran was dubbed ‘Camp Cupcake’ for its American home comforts — yet also had Donald Trump fearing for his wife’s safety.

The Al Asad camp in Iraq came under fire early yesterday along with a base in Irbil, as Iran struck back over the assassination of Qasem Soleimani.

Reports say about 1,500 US and coalition forces are currently at Al Asad.

The camp, 145 miles west of Baghdad, was a key site after the 2003 invasion, when it underwent a £214million transformation to accommodate American forces. Troops were given infrastructure comparable with a small town — including cinemas, swimming pools and a library.

It even boasted fast food outlets such as Burger King, KFC and Pizza Hut. The US had left by 2011 but took it back in 2014, with hundreds of marines based in the now-sparser camp to fight Daesh.

Mr Trump visited in 2018 with wife Melania, paying tribute to those serving but saying later he feared for her safety.

The US president referred to Al Asad on Tuesday, saying: ‘We have a very extraordinarily expensive airbase that’s there. It cost billions of dollars to build — we’re not leaving unless they pay us back for it.’ The Ministry of Defence yesterday confirmed that some of the 400 British troops in Iraq to train local forces were at the two bases targeted.

The second base to come under attack is in Irbil, the capital of Iraq’s semi-autonomous Kurdish region. Less than 100 miles from the Turkish border, it was the starting point for the operation to kill Daesh leader Abu Bakr al-Baghdadi, and shares facilities with the city’s passenger airport, used by airlines such as Lufthansa and Emirates.

It hosts coalition troops from the UK, US, Finland, Slovenia, Canada and Germany.