WHATEVER the result of this game, there will at least be relief for Everton fans their city rivals can no longer clinch the title at Goodison Park on Sunday following Manchester City’s crushing 3-0 win over ineffective Arsenal on Wednesday night.

The Reds still need six points to end their 30-year wait and Carlo Ancelotti’s Toffees will hope to make the most of what will be a surreal Merseyside derby atmosphere thanks to the empty stands.

While Everton would probably try anything to change their fortunes in a fixture they last won in 2010, a ludicrous 21 meetings ago, their chances may have been better when the original fixture was due to be played in March when Liverpool were showing signs of tiredness and had lost four of their last six games in all competitions and scraped home by a single goal in the other two.

That fatigue and the disappointment of seeing their Champions League defence end in a last-16 defeat to Atletico Madrid are firmly in the past and crushing Blackburn 6-0 in a behind-closed-doors friendly suggests it will not be too long before Jordan Henderson (pictured below) gets his hands on the Premier League trophy. 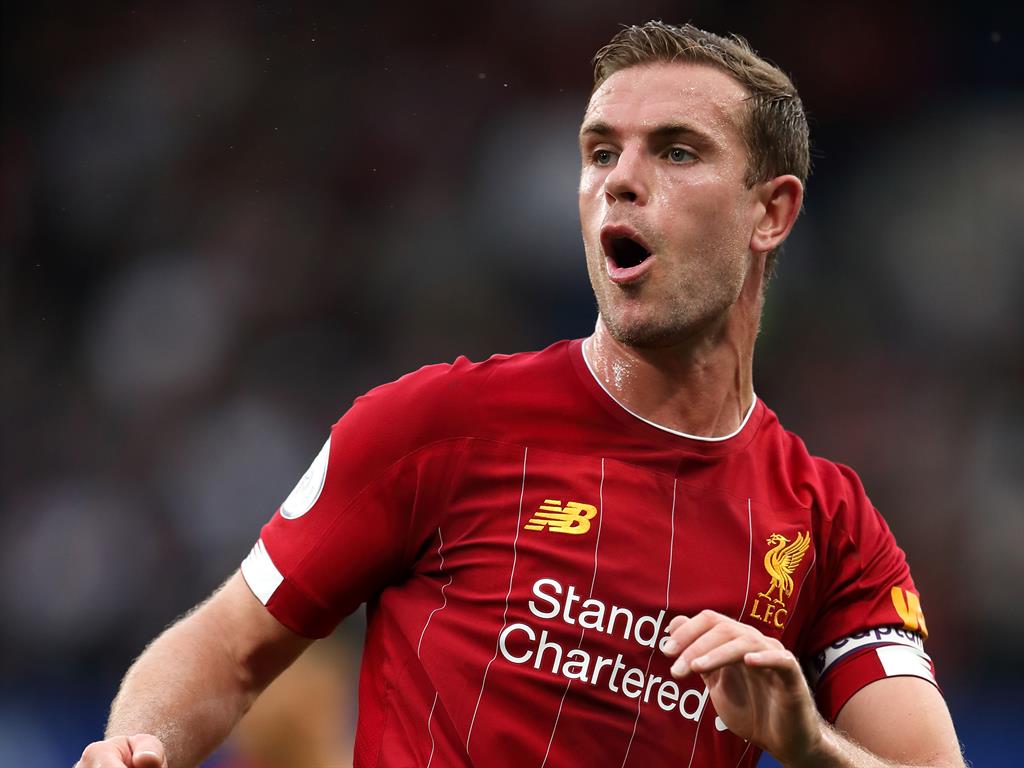 Although the Toffees’ last game, if you can remember that far back, was a 4-0 defeat at his old club Chelsea, Ancelotti is still to taste defeat in six home games as Goodison boss after replacing Marco Silva.

And in Dominic Calvert-Lewin (pictured top) they seem to have found a worthy successor in the No.9 shirt to the likes of Dixie Dean, Tommy Lawton, Bob Latchford and Duncan Ferguson, with 15 goals in all competitions to his name. He has apparently used the break to bulk up in a bid to become an even greater presence.

It may have been forgotten but in Liverpool’s crazy 5-2 win at Anfield in December, Calvert-Lewin and Richarlison gave Virgil van Dijk and Dejan Lovren more problems than most have done this term.

That was a frenetic night where the pace of the game was in keeping with the atmosphere. The challenge for Liverpool is to recapture the old normal amid the new one.

■ 41 — Games Henderson has gone without a league defeat. He missed the Watford loss 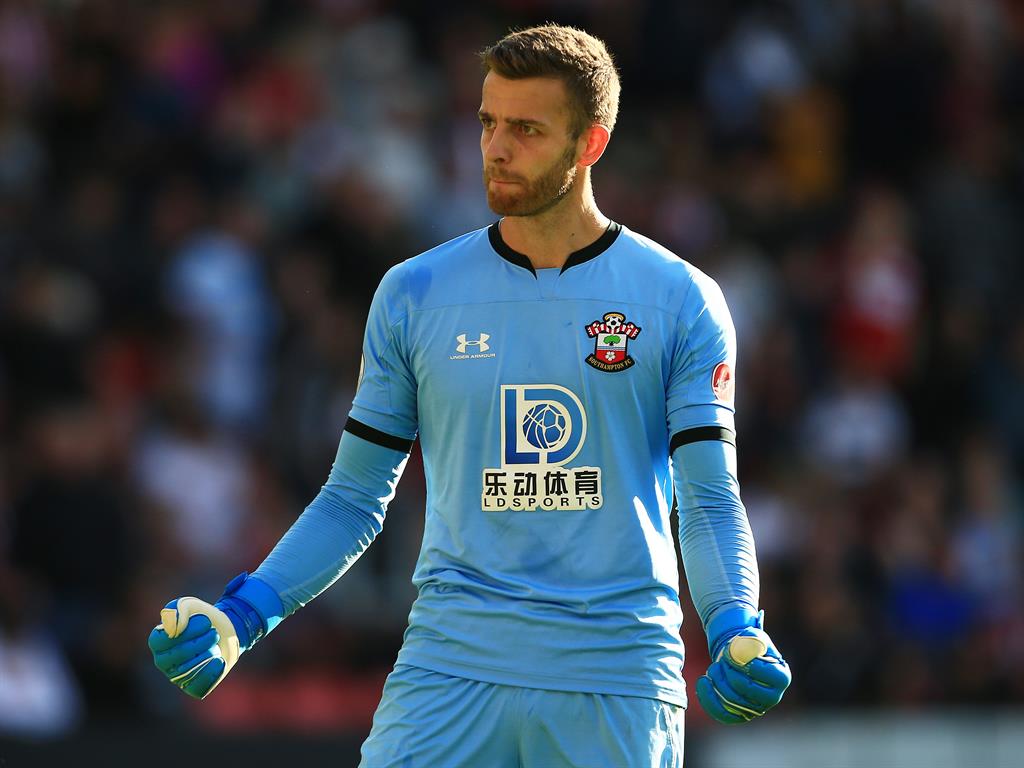 Norwich have had a Covid-19 scare ahead of the first of the free-to-air matches after the restart with a player testing positive and then negative this week. Against that background, a hamstring injury that could end skipper Grant Hanley’s season is not what they needed. If the Canaries are to give their survival fight a much-needed boost, they will need to beat their former goalkeeper Angus Gunn (above), who saved a penalty in Saints’ 3-2 behind-closed-doors win at Bristol City. 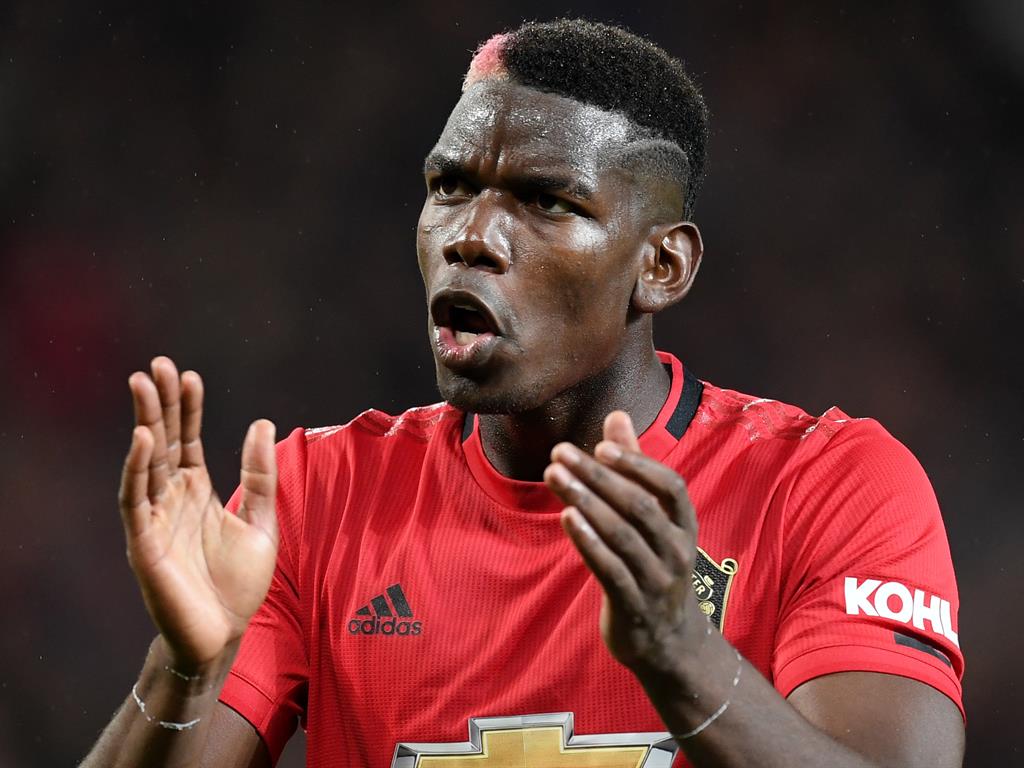 Without making light of the Covid-19 pandemic, it is hard to think of a club for whom three months off was a blessing in disguise as much as Spurs. Harry Kane, Heung-min Son, Moussa Sissoko and Steven Bergwijn are all back as Jose Mourinho faces up to his old side. United, in contrast, were building up a nice momentum, with Bruno Fernandes shining. The prospect of him and Paul Pogba (above) in the same team is mouth-watering.

■ 9 — Games unbeaten for United, with six wins, since Fernandes joined in January 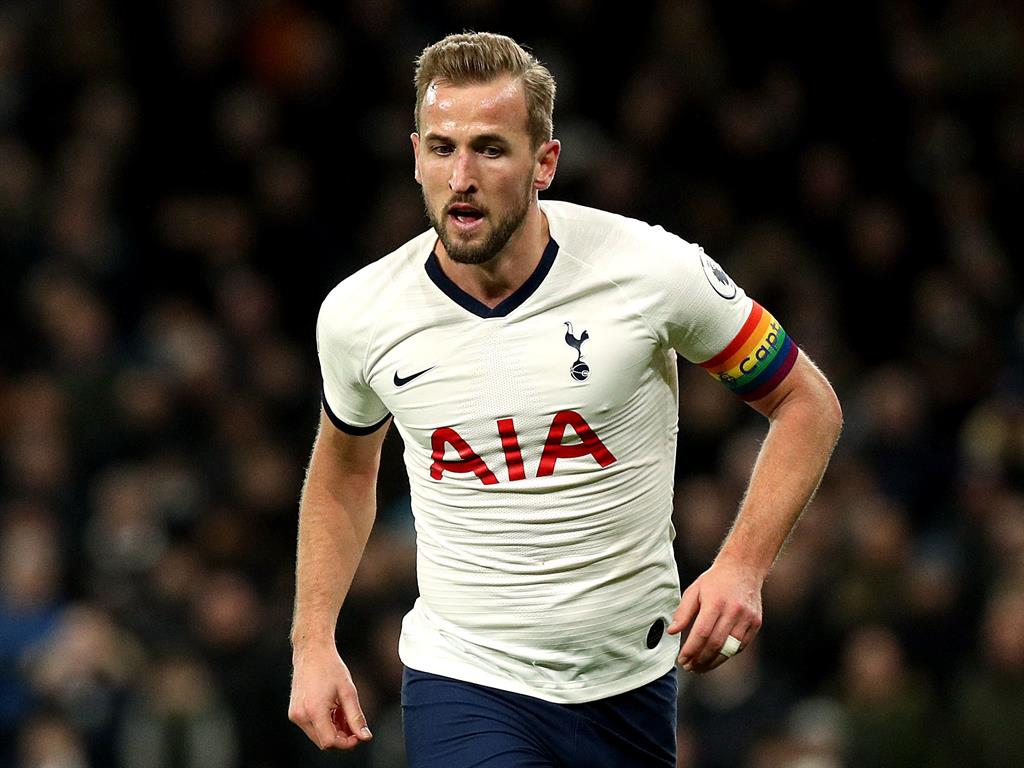 ONE TO WATCH (HARRY KANE / TOTTENHAM): The Tottenham striker (above) should have been leading the line in England’s second Euro 2020 match tonight. The fact that he, instead, will be plying his trade behind closed doors will make the visit of Manchester United all the more surreal.But there has to be a feeling that, for Kane at least, it might all be for the best as he gears up for the rest of a Premier League campaign he was almost certain to miss. Like his international strike- partner Marcus Rashford, who he faces tonight, Kane has also enhanced his reputation even further during lockdown, in his case by sponsoring Leyton Orient’s kit. At a time when players’ wages were in the firing line from all directions, what better way for Kane to spend some of his riches than on helping a lower league club who helped him in his early days. If only the clubs could show similar solidarity.

This fixture always brings back memories of the 2013 play-off semi-final where Leicester missed a penalty at one end and Watford raced down the pitch for Troy Deeney to win it at the other. Hornets boss Nigel Pearson will remember that better than most from the opposite side but he will be hoping the third-placed Foxes don’t hit the ground running at Vicarage Road. 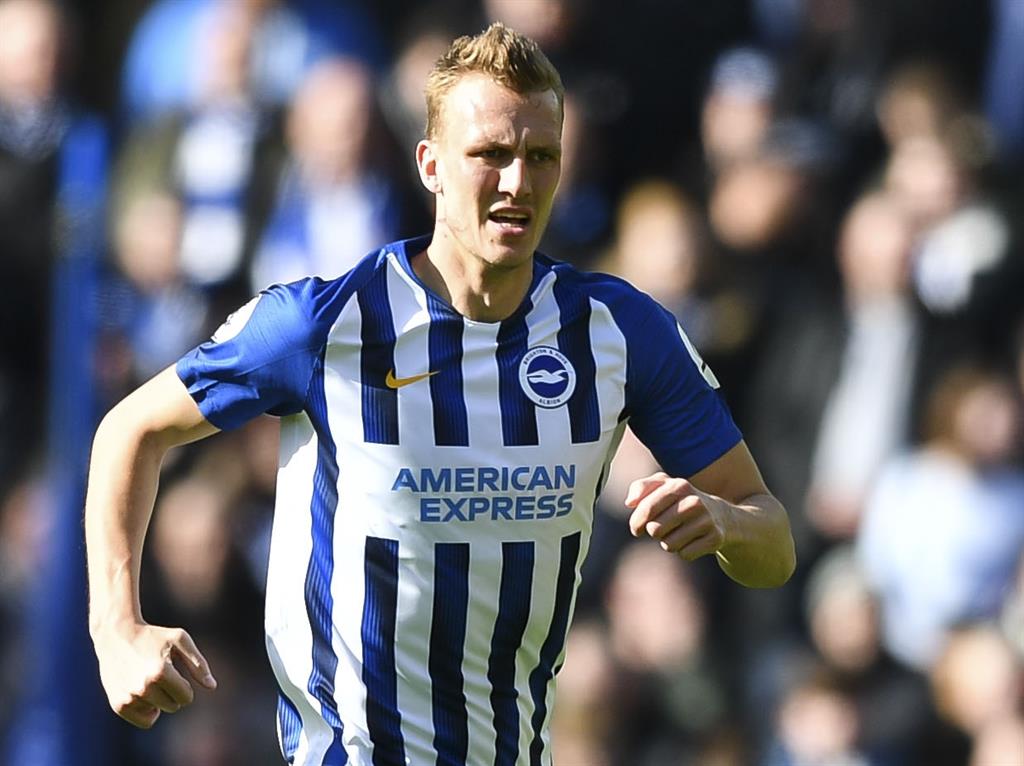 This game is making history as the first Saturday 3pm kick-off to be televised live in Britain. Arsenal managed to give everyone a reminder of the task facing boss Mikel Arteta in their 3-0 defeat at Manchester City while Brighton plan to stay loyal to boss Graham Potter’s style in their survival fight. ‘The pressure is still there to win games but we try to build up from the back, be as controlled in possession as possible and try to score that way,’ said defender Dan Burn (above). 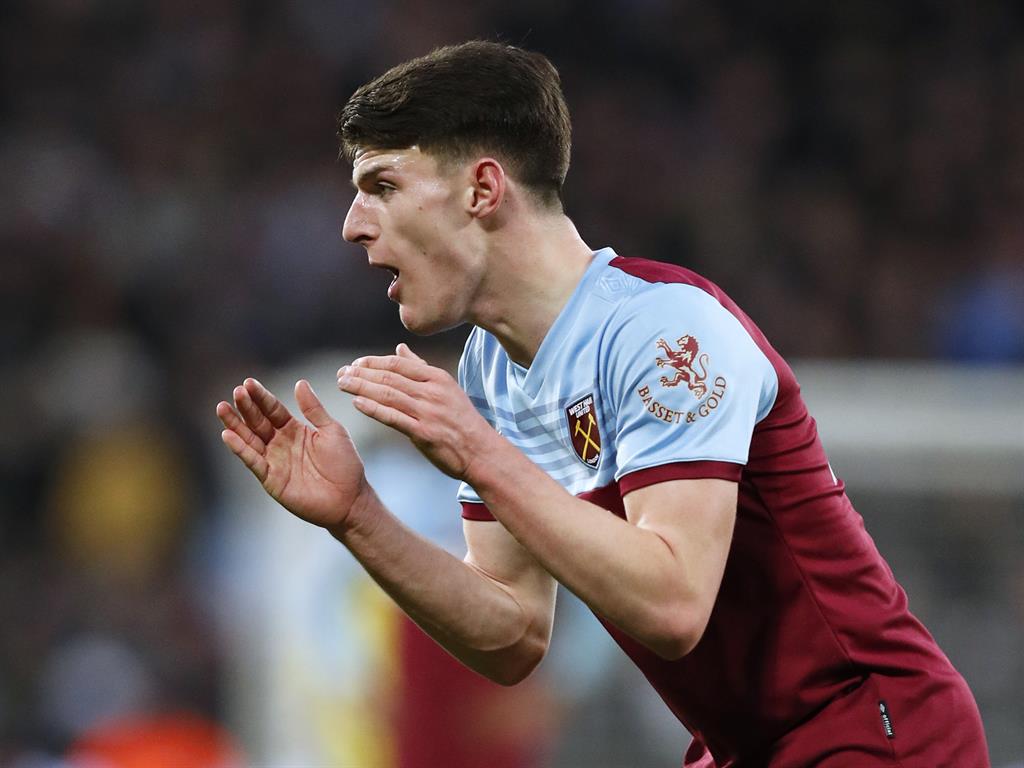 Declan Rice (above) says the fans will be there in mind, if not in body, tomorrow. ‘When you walk out there and you’ve got 60,000 screaming your name and every time you tackle or take a shot, it gives you that edge,’ he said. ‘But they’ve got to respect what’s going on in the world and hopefully they can sit at home, tune in and watch us.’ It may not be easy viewing against a refreshed Wolves, whose schedule was unrelenting until the break, set to unleash the explosive pace of Adama Traore on their poor defence.

■ 3 — Wins in a row for Wolves against West Ham, keeping a clean sheet on each occasion 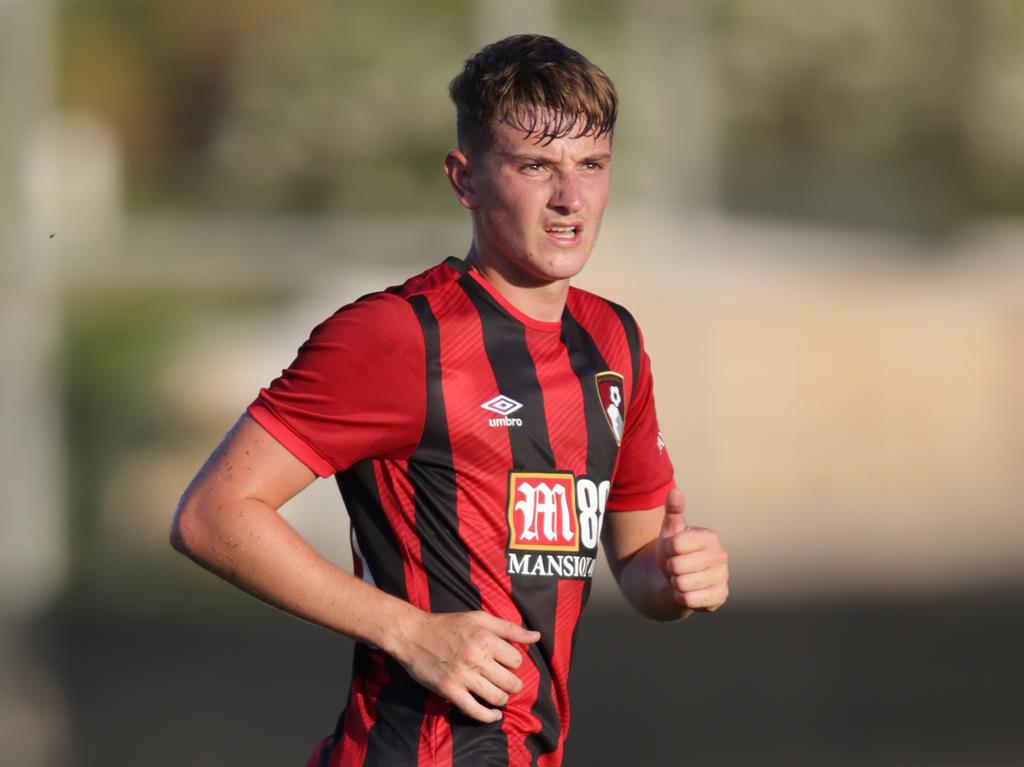 The BBC’s first live top-flight game in 30 years will feature Cherries midfielder David Brooks’ (above) first appearance of the season after an ankle injury. ‘Given our quality, we shouldn’t be near the drop zone, never mind in it,’ said Brooks. ‘I don’t want to sound cocky but I like the pressure. I like being the main man.’ That’s something Wilfried Zaha has been at Palace for years and it would be sad if the ambitious Ivorian has played in front of their fans for the last time.

■ 7 — Goals and five assists for David Brooks last season, his first in the top flight 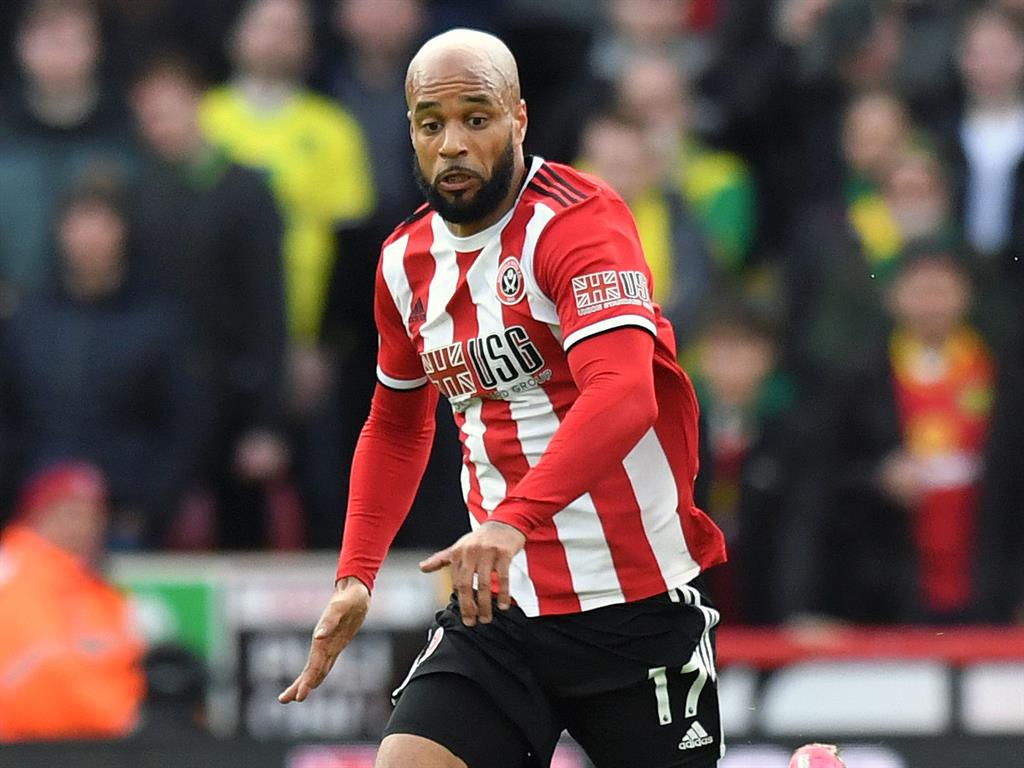 The third free-to-air game this weekend features the Blades but all the cameras in the world were unable to award the goal they so obviously should have had at Aston Villa. They will hope to have David McGoldrick (above) fit having been hobbling soon after coming on during the season reopener. Focus on Tyneside is on a proposed takeover but talk of Steve Bruce’s future feels disrespectful given how he has exceeded expectations.

■ 24 — League games for McGoldrick without a goal, despite signing a new two-year deal

The perceived boost to Villa’s survival hopes of having six of their last ten games at home does not feel so great after their goalless draw with Sheffield United. But that experience, not to mention some game time for the influential John McGinn, may do them some good against a Chelsea side who themselves are able to welcome back Ruben Loftus-Cheek and Christian Pulisic. 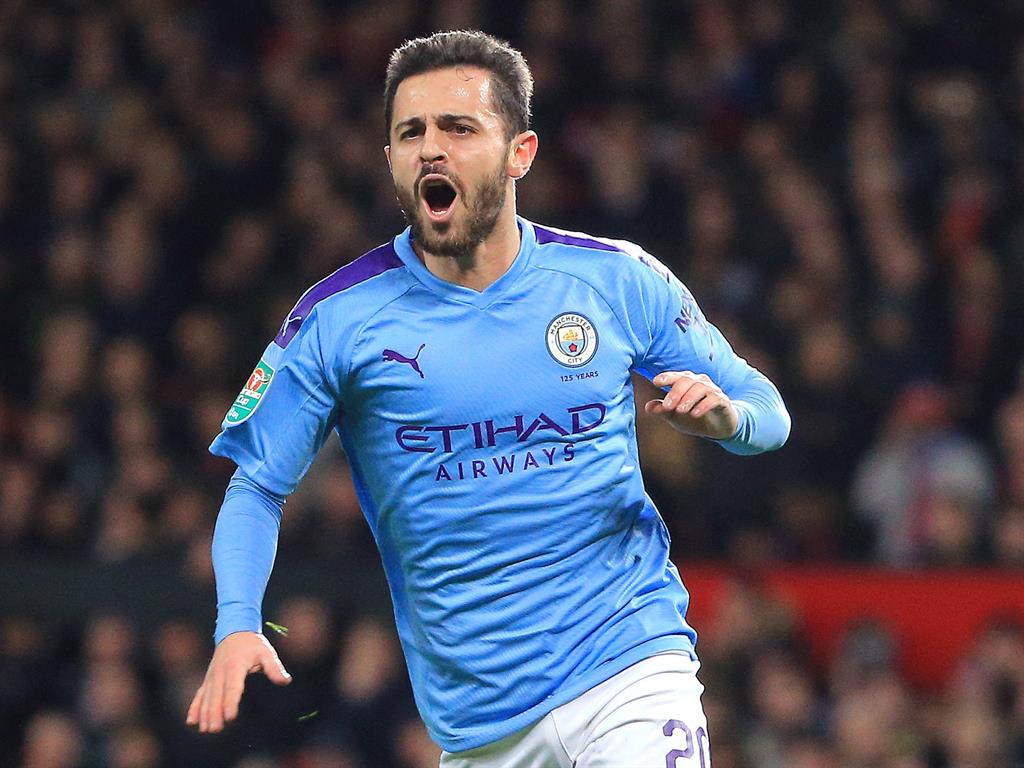 The final game of a momentous weekend sees Sean Dyche take his side to City hoping to improve on a dismal recent record at the Etihad, having lost 5-0 there in the league and FA Cup last season with Bernardo Silva (above) a regular thorn in their side. If they doubted City’s ability to replicate scorelines, their 3-0 win over Arsenal in midweek was their fourth in six meetings (the others were 3-1 and 2-0). Ashley Barnes will miss the trip to play City with a hernia problem while Chris Wood is also a major doubt for the game.

THE Championship campaign will end on August 4 after the English Football League confirmed the dates for the play-offs.

The regular season in the second tier is due to restart on Saturday, having been suspended since March 13 due to the coronavirus pandemic.

The EFL announced on Friday that the semi-final first legs will be played on July 26 and 27, with the return matches taking place on July 29 and 30.

Wembley will then play host to the final, which is widely regarded as the most lucrative match in the world with the winner gaining promotion to the Premier League.

The value of the 2019 final was placed at a minimum of £170million to the victors, who on that occasion were Aston Villa.